Dental care remains the greatest unmet health need among U.S. children.1 Left untreated, dental disease can lead to emergency room (ER) visits, hospitalizations, and even death.2 In 2008, children went to the ER more than 215,000 times for preventable dental issues at a cost of more than $104 million.3 Children with untreated tooth decay not only suffer pain and infection, they have trouble eating, talking, socializing, sleeping, and learning, all of which can impair school performance.4 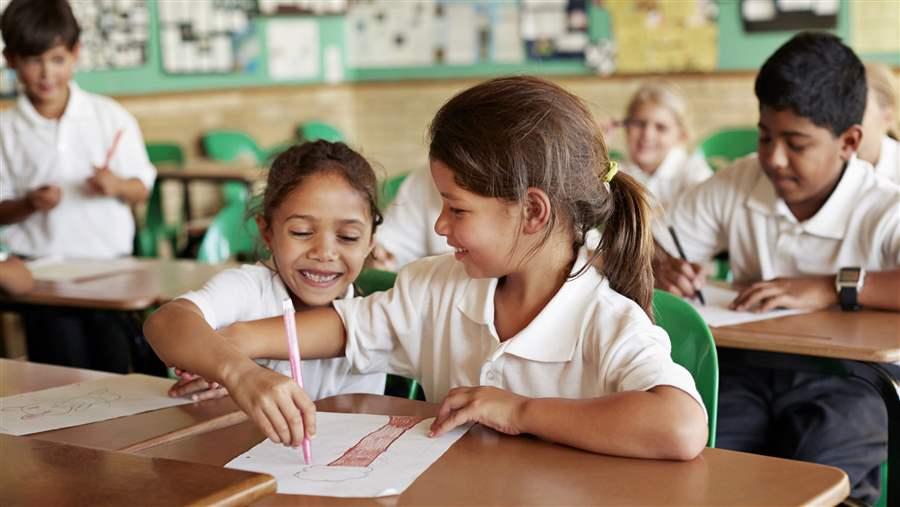 Dental sealants are most effective if placed shortly after the permanent first and second molars come in, which is usually by ages 5-7 and 11-14.

Low-income children are particularly vulnerable. Their rates of tooth decay are higher, and they are less likely to receive dental care than are their better-off peers.5 In 2012, more than 4 million children did not receive needed dental care because their families could not afford it.6 The next year, over 16 million children who were enrolled in Medicaid—almost 50 percent—received no dental care.7

Tooth decay, one of the most common conditions among children, is largely preventable. According to the Centers for Disease Control and Prevention, dental sealants—plastic coatings placed on the chewing surfaces of teeth—can reduce decay by 80 percent in the two years after placement, and continue to be effective for nearly five years.8 Research finds that sealants are safe9 and help to shield grooved areas of the tooth where fluoride toothpaste is not as protective.10 Because sealants are such an effective means of preventing tooth decay, they have been endorsed by the American Dental Association.11

Dental sealants are one-third the cost of a filling, so their use can save patients, families, and states money.12 Sealant programs based in schools are an optimal way to reach children—especially low-income children who have trouble accessing dental care. Yet despite compelling evidence, a survey conducted between 2011 and 2012 found that only four out of ten 6- to 19- year-olds had even one sealant.13

In 2013, the Pew children’s dental campaign released a report evaluating all 50 states and the District of Columbia on their performance in sealing the teeth of low-income children. This follow-up report describes whether states have progressed on this goal over the last two years,* with analysis based on surveys of dental directors and state dental boards.

Pew graded the states and the District of Columbia on four benchmarks that reflect the reach, efficiency, and effectiveness of their sealant programs:

† In this report, we refer to the laws and regulations that determine the scope of practice for hygienists as a state’s “practice act.”

‡ The federal Healthy People initiative was launched to provide science-based, 10-year national objectives for improving the health of all Americans. In the area of dental health, its goal is that 50 percent of the nation’s children would receive sealants by 2010. Note that Pew based the benchmarks for its 2012 and 2014 reports on the Healthy People 2010 sealant objectives, not those from Healthy People 2020.

Based on Pew’s analysis of the surveys, most states are failing to enact policies that provide sealants to low income and at-risk children. While several states have made improvements in delivering dental sealants to low-income children over the past two years, the study found that most states are not meeting national goals. Seventy-two percent of states and the District of Columbia received a grade of C or worse. (See the Findings section for state data.)

This report focuses solely on the performance of sealant programs and the degree to which states can improve access to this treatment for at-risk children. However, many other factors affect a state’s overall performance on oral health, such as the extent to which its population has dental insurance, the availability of Medicaid providers, and access to fluoridated water. Therefore, even states that received high grades on sealants may have room for improvement in other areas.