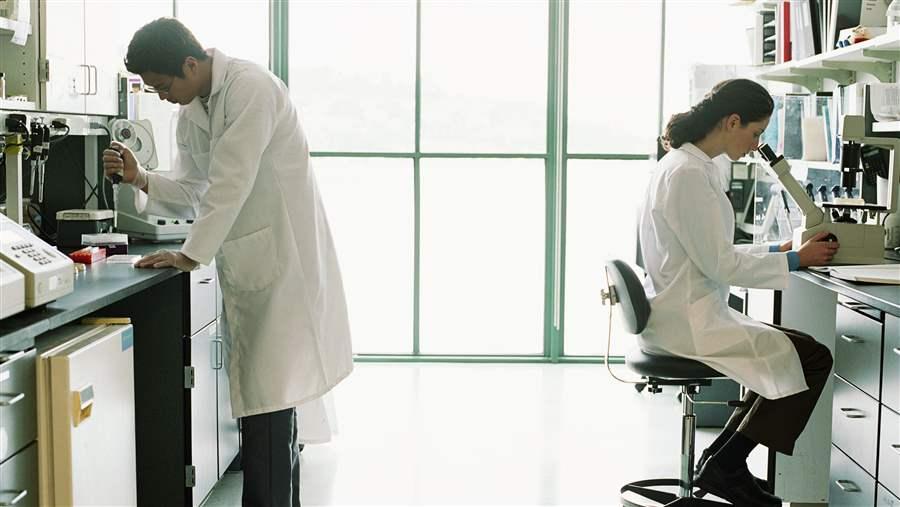 Arvin Dar’s team of researchers discovered a new target for tumor cells and opened the door for even greater advances in the fight to treat cancer.

Arvin Dar, a 2014 Pew-Stewart scholar for cancer research at the Icahn School of Medicine at Mount Sinai, has discovered that a little-known protein—the kinase suppressor of Ras (KSR)—might be the key to a new kind of cancer therapy.

KSR functions as a scaffold, holding together the Ras protein and other types of proteins to allow the transmission of growth signals in a key cellular pathway. About 25 percent of human cancers have mutations in the Ras protein that disrupt growth signals and cause tumor development. Therapeutic options to block mutant Ras from encouraging tumor growth are limited, so Dar and other researchers went looking for new ways to disrupt mutant Ras function and cut off harmful communication within cells.

From previous studies under 1996 Pew scholar Kevan Shokat, Dar knew that KSR has the ability to shift shape: It turns off the growth signals from Ras in one structural configuration and amplifies them in another. Dar’s team set out to find a chemical trigger that could lock KSR into a conformation that blocks, or at least weakens, communication from mutant Ras. The lab tested over 170 compounds and discovered that one, known as APS-2-79 after Dar re-engineered it, got promising results and effectively slowed cancer growth.

Dar’s team proved that targeting scaffolding proteins such as KSR is a viable option for cancer therapies, upending the traditional notion that treatment should focus on the protein with the mutation. These findings lay a foundation for an entirely new class of drugs that, when used in combination with other therapies, could greatly improve doctors’ arsenal against some of the hardest-to-treat cancers.