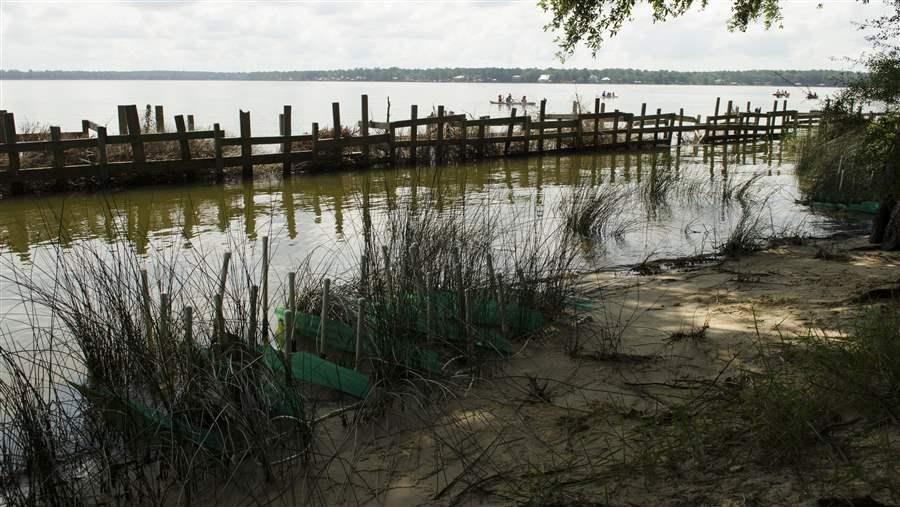 A living shoreline, in combination with a breakwater composed of discarded Christmas trees, protects coastal habitat and prevents erosion at Camp Beckwith along Weeks Bay in Fairhope, Alabama.

The Gulf Coast states include more than 17,000 miles of tidal shoreline that contains critical habitat areas for wildlife and key fisheries  such as oysters and shrimp. The region is a national economic powerhouse with significant shipping, fishing, manufacturing, and industry. Pew recently visited Alabama and Texas to see how they are using living shorelines—bank-stabilization techniques that use natural materials such as plants, sand, and rocks to combat erosion and conserve habitat—to ensure the sustainability of the coastal ecosystem and the businesses that depend on it.

Where land and water meet along the Gulf of Mexico, erosion occurs because of wave energy, boat wakes, and sea level rise. Seawalls, bulkheads, and other concrete structures have been installed across the region to combat this erosion. A recent analysis found that about 14,000 miles, or at least 14 percent, of the nation’s tidal shoreline is hardened by such infrastructure. In many areas of the Gulf region, that figure is closer to 16 percent, and in some—such as Mobile Bay, Alabama—nearly a third of the coastline is armored.

Researchers are concerned that the use of hard infrastructure leads to the loss of wetlands and natural habitats that people and nature rely on. Rachel Gittman, Ph.D., a researcher at the Northeastern University Marine Science Center, found in a new study that shorelines with seawalls experienced a nearly 25 percent loss of biodiversity and a 45 percent drop in the abundance of individual species, compared with unmodified shorelines. Luckily, leaders in the Gulf are embracing natural solutions to help combat these effects and protect their vital coasts. 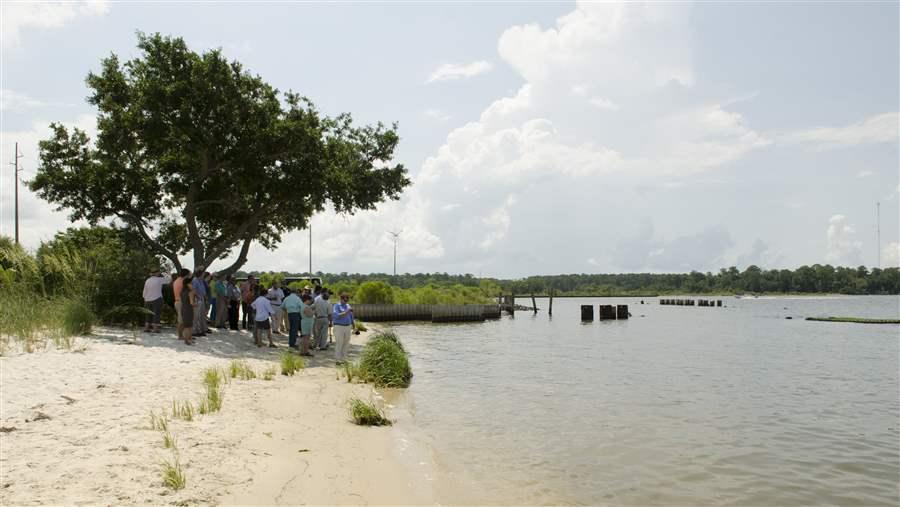 At Camp Beckwith—Rep. Byrne’s childhood camp—living shorelines are installed along Weeks Bay in combination with a breakwater composed of discarded Christmas trees. Such solutions and a forward-thinking district permitting process make the state a national leader in nature-based shoreline solutions. And Governor Robert J. Bentley (R) recently signed a state resolution encouraging the U.S. Army Corps of Engineers to adopt a similar permitting process at the national level.

In Texas’ Galveston Bay, U.S. Representative Randy Weber (R); leaders from The Nature Conservancy, Galveston Bay Foundation, and the Texas General Land Office; and Lt. Col. Jared Erickson, deputy commander of the Corps’ Galveston District, demonstrated how living shorelines are being used at the Texas City Prairie Preserve on Moses Lake to address the rapid erosion rate. The loss, which is often three or more feet a year, is caused by land subsidence coupled with wave action which scours the bottom of the lake, destroying vital habitat and clouding the water. 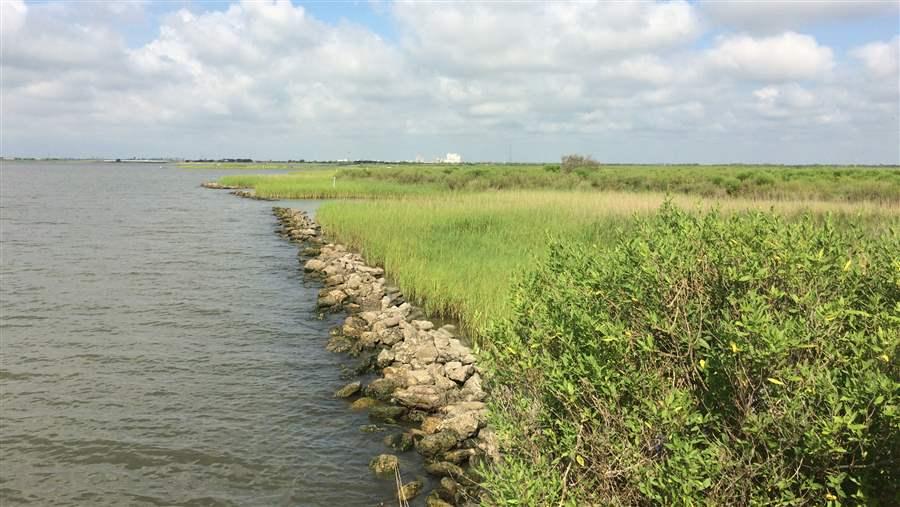 This living shoreline along Galveston Bay in Texas helps slow the rapid rate of erosion, which is often three or more feet a year.

In the early 2000s, nonprofit organizations and government entities in the region worked together to identify natural solutions to the alarming rates of erosion. But an onerous permitting process for living shorelines took nearly three years, which meant that by the time approval was granted, the original surveys needed updating and the shoreline had eroded almost 10 more feet. Lee Anne Wilde of the Galveston Bay Foundation said property owners in the area are frustrated that the permitting process for natural bank stabilization takes so much longer than the one for bulkheads and seawalls.

In 2016, the Corps proposed a new general permit for living shorelines. Once final, it will provide property owners with a streamlined permitting process and encourage greater use of proven natural protections. 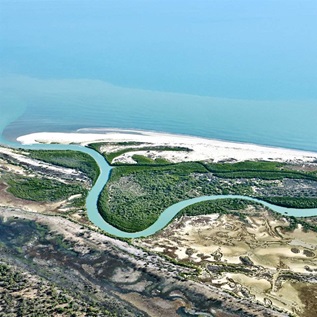 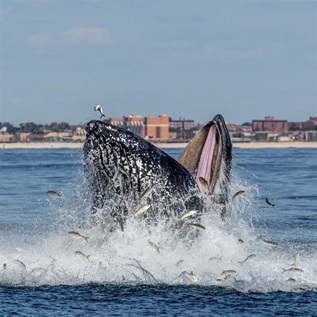 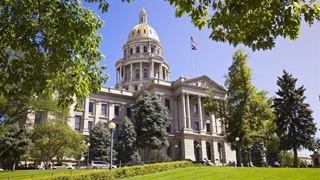