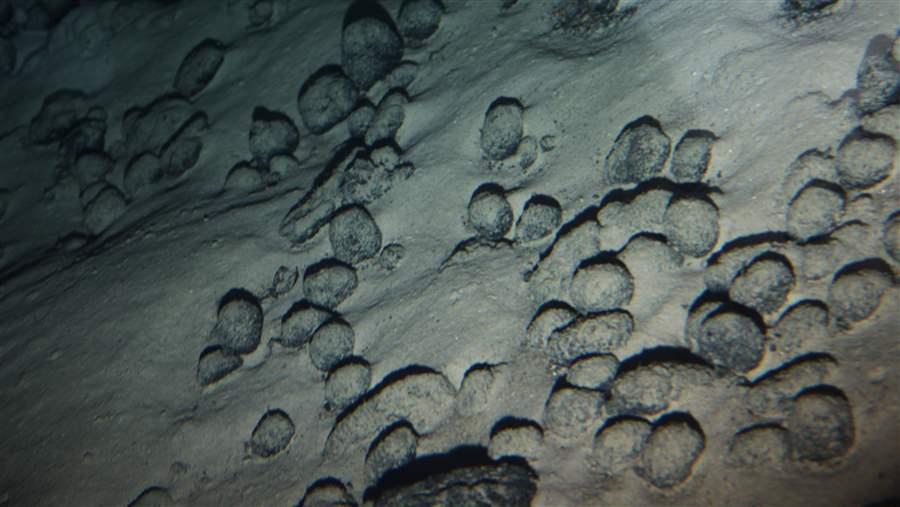 Most of the International Seabed Authority’s stakeholders made two key points in the report.

Earlier this year, the International Seabed Authority (ISA)—the United Nations body that governs the ocean floor beyond national jurisdiction—asked the people and organizations that follow its work to fill out a survey evaluating its performance. Public officials, scientists, conservationists, and prospective miners received and completed questionnaires. The ISA then called on an independent Review Committee to assess the survey results and summarize their contents. On May 15, the committee presented an interim report to the authority.

Most of the ISA’s stakeholders made two key points in the report. First, the ISA secretariat is doing a good job with inadequate resources, but the evolution from writing regulations that govern exploration to writing and enforcing regulations that govern actual mining would require a significant increase in the ISA’s institutional capacity. Second, the ISA holds too many closed meetings, and too much data is kept secret. “In the view of the Review Committee, transparency should be the general rule and confidentiality the exception,” the report stated.

Respondents generally gave good marks to the ISA secretariat for coping with the large volume of paperwork needed to process applications for seabed mining exploration contracts. But according to the Review Committee, a number of contractors and observers also said that “enforcement and oversight capabilities … need improvement” and that many “approved plans of work were vague and non-specific.” The secretariat and the ISA Legal and Technical Commission (LTC) agree: Both bodies have stated that their workload doesn’t allow them to give sufficient attention to the quantity and quality of data provided by exploration contractors.

The tasks ahead will be even more formidable. The ISA will need to write a general exploitation code that describes the obligations of miners to record and report data, to adopt precautionary procedures, and to facilitate inspections. Then the agency must also write special amendments that apply to the particular ecosystems in which miners will operate. To complete these responsibilities, the Review Committee recommended that the ISA increase its level of expertise and upgrade its enforcement capabilities.

On the enforcement question, the committee suggested that the ISA consider the establishment of an independent regulatory body that would concentrate on compliance. By separating the enforcement and the permitting processes, the ISA would be able to offer—in theory—stronger assurances of environmental protection.

The Review Committee called out concerns about the lack of transparency regarding the exploratory data supplied by contractors. Only a handful of experts are granted full access, even though little of the data can be described as privileged. Contractor reports contain much useful information about seabed biology and geology, which could provide a baseline needed for effective management. Those data need to be standardized, consolidated, and—with very few exceptions—made available through a public database.

This reluctance of the ISA to share data extends to regulatory review. The LTC is the ISA body invested with the authority to review contractor reports and recommend regulations. Its meetings are closed to the public, and deliberations are confidential. The Review Committee recognized that certain sensitive commercial data available to the LTC could be appropriately withheld from public scrutiny, but that such instances should be considered exceptions to a general rule of openness.

Mining of the world’s shared seabed may not begin until the end of this decade. The ISA, however, should take action now to ensure that its work supports the future health of our global oceans.