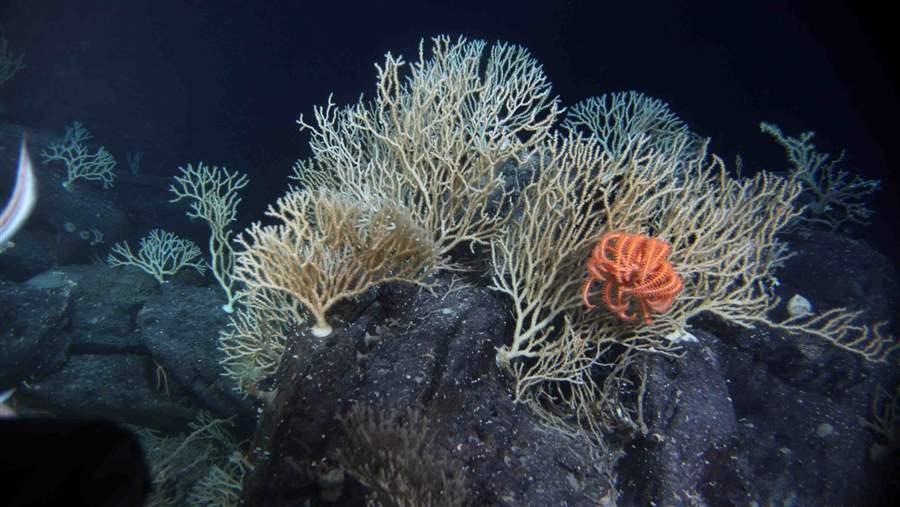 Over the past half-century, ocean scientists have begun to describe the least-known places on Earth: the deep realms of the international seabed. Aided by new technologies, the pace of the seabed inventory has accelerated in recent years. Scientists have traced vast systems of underwater hills, mountains, canyons, and plains. They have also found features uniquely marine, from millions of potato-size rocks carpeting the Pacific Ocean abyss to hydrothermal vents gushing mineral-rich solutions that sustain life dependent on chemical energy, rather than sunlight.

Most of the international seabed remains uncharted, as 55 percent of the world’s ocean floor lies beyond any national jurisdiction. But many minerals crucial to modern economies—such as copper, magnesium, nickel, zinc, and the rare earth elements—can be found in these areas in richer concentrations than are available on land. Seabed mining beyond national jurisdiction can take place only under contract with the International Seabed Authority (ISA), which was established by the United Nations Convention on the Law of the Sea. The ISA, with its 167 Member States, has awarded 24 exploration contracts to Members or their designees to survey possible mining areas and submit their findings. Contractors operate under ISA exploration regulations. No contracts for commercial-scale exploitation can be awarded until the ISA approves exploitation regulations, which will guide all potential extraction through mining.

Pew established its seabed mining project in 2016 to ensure that international mining regulations protect the structure and functioning of deep-sea ecosystems. Large, ecologically important areas of the seabed should be closed to mineral extraction, and precautionary standards must be adopted by the ISA to minimize environmental damage where mining does occur.

Three types of deep-sea deposits draw potential commercial interest: polymetallic nodules (the potato-size rocks that dot the Pacific floor), hydrothermal deposits (products of the superheated vents), and cobalt-rich crusts (the outermost layer of underwater mountains, or seamounts). The extent of most of those rich sites is not yet known, however, nor can experts make reliable estimates of the expenses incurred by the new robotic technologies that would do the work. One well-regarded study predicts that a US$12 billion industry will extract 10 percent of the world’s minerals from the ocean floor by 2030,1 but doubters abound.

The ISA has awarded most of its exploration contracts for investigations of the polymetallic nodules of the Clarion-Clipperton Fracture Zone, a Pacific Ocean plain roughly the size of Europe2 with an average depth of about 4,000 meters. Formed over millions of years, the nodules contain rich deposits of manganese, nickel, cobalt, and copper.3 Harvesting the nodules would involve removing the top layer of the ocean floor, sending the material up a giant tube to a mother ship, and returning the commercially worthless portions back to the bottom—roughly a 10-kilometre (6-mile) round trip.

Like the nodules, cobalt-rich crusts are formed over long periods. One formation has been dated at 60 million years old.4 In addition to cobalt, the crusts can contain titanium, cerium, nickel, and zirconium, all minerals especially valuable to high-tech industries.5 Although removing a relatively thin layer from the surface of seamounts sounds straightforward, it is likely to be technologically challenging in practice. More importantly, this lost surface layer destroys a complex ecosystem composed of attached sponges, corals, and other marine life.

Unlike the nodules and crusts, hydrothermal deposits occupy relatively small areas of the seabed. These deposits can be geologically young and their origins ephemeral. Technically labelled seafloor massive sulphide deposits, the minerals found in hydrothermal vent zones are created when hot fluids rise from underneath the seabed and meet the cold water of the ocean. The minerals that are dissolved in the hot-water plume precipitate out to become seafloor deposits of cobalt, gold, copper, and a medley of rare earth elements. The technology used to extract hydrothermal deposits is under development but is, as yet, untested. Although miners may skirt active hydrothermal vents because of the risk that the hot, acidic waters pose to their expensive equipment, rich mineral deposits are often found near active vent communities. These unique ecosystems are placed at risk of direct damage from equipment used close by or from burial from sediment plumes stirred up by mining.

The International Seabed Authority faces a critical opportunity: to draft and implement regulations that protect the marine environment from an extractive activity before work has begun. 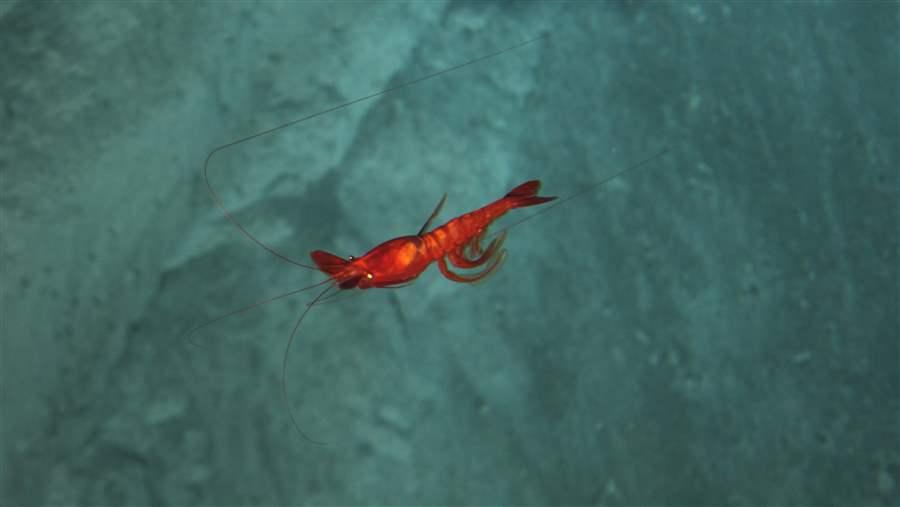 The ISA has already taken a major step by approving an environmental management plan (EMP) for the Clarion-Clipperton Fracture Zone and its giant array of polymetallic nodules. The EMP provisionally establishes nine 160,000-square-kilometre (61,800-square-mile) no-mining areas, each large enough to “ensure the persistence of representative fauna.” If this approach to establish protected areas also informs the draft EMPs for seamount crusts and hydrothermal vents, and if those EMPs are adopted, the ISA will have progressed significantly to fulfil its mandate.

But protected areas are not sufficient. The ISA exploitation regulations—the rules and processes governing seabed mining where it actually may occur—are equally important. The ISA Assembly, the organization’s final authority, has told the ISA Legal and Technical Commission that drafting exploitation regulations must be its highest priority. An initial draft is expected to be released before the end of 2016. A final version of exploitation guidelines could be ready for official ISA Assembly approval in July 2018.

The Pew seabed mining project aims to monitor and inform the ISA’s work during this early period. The project will serve three main functions:

Rules for mining the deep seabed are critical to protecting biodiversity and ensuring ocean health. The ISA is well-positioned to create regulations that allow for the economic opportunity of mining, while also protecting large swaths of the ocean from permanent damage. Science-based precautionary guidelines will strike an effective balance that minimizes the environmental impact of seabed mining.