For clean energy technologies to prosper, the investment community needs to be patient, risk tolerant, and ready to scale up capital in the most promising inventions, according to U.S. Energy Secretary Ernest Moniz. The secretary, who spoke at an April 26 meeting with energy innovators hosted by The Pew Charitable Trusts, told the group that the United States is in the midst of a clean energy revolution led by the private sector. This transformation could soon get a boost from Mission Innovation, an initiative to double government investment in early stage clean energy research and development by 2021.

Attending the event were nearly 40 leaders from 17 states who are members of Pew’s Clean Energy Business Network, representing sectors including solar, wind, energy efficient power production, biomass, battery storage, and hydro firms. They heard Moniz discuss Mission Innovation, an agreement among 20 countries, including the world’s top three carbon emitters—China, the U.S., and India—to increase public financing of clean energy technologies. The participating nations account for more than 80 percent of the world’s investment in clean energy R&D. As part of the initiative, the U.S. Department of Energy (DOE) could create as many as 10 regional clean energy innovation partnerships that will expand and accelerate technology invention and commercialization within each region by sharing resources among universities, industry, investors, and markets. 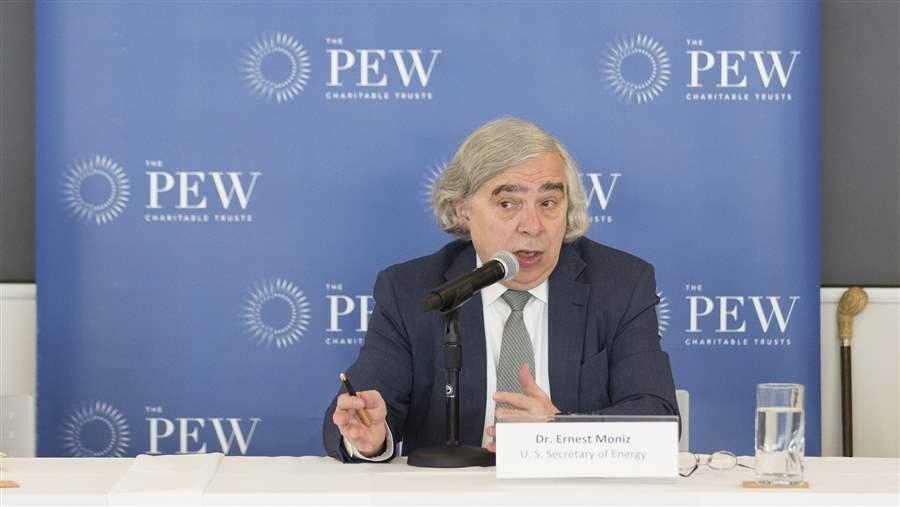 “We feel strongly that low-carbon solutions will look different in different parts of our country,” Moniz said. “Different parts of the country have different resources, challenges, and capabilities, and having a component managed at the regional level, we think, can best address those.”

Private investment is a critical component, along with public sector contributions, in ensuring that innovative ideas make it to the marketplace, Moniz said. To that end, a group of 28 of the world’s high-net-worth investors has formed the Breakthrough Energy Coalition and pledged $2 billion in capital to the early stage technologies—including power generation and storage, transportation, agriculture, and efficiency improvements—that will be supported though Mission Innovation in the participating countries. 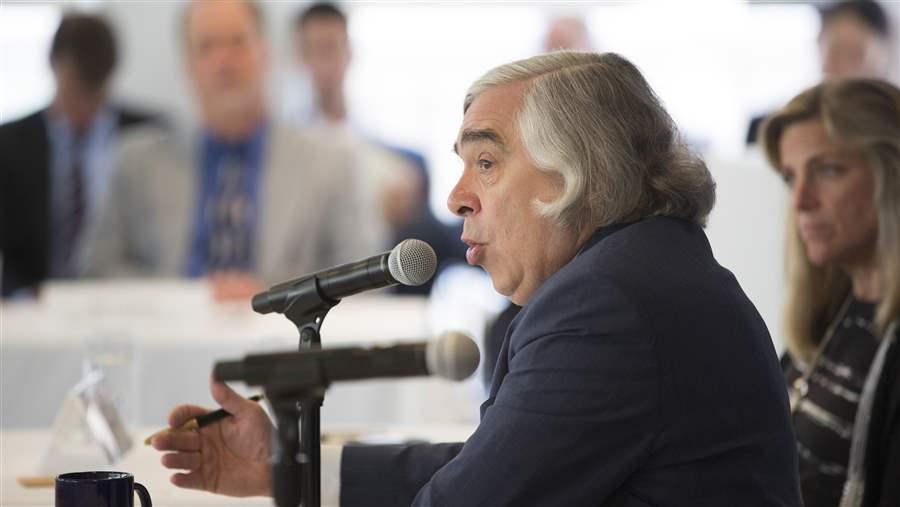 “Part of the motivation of the regional partnership is to help build the regional energy innovation ecosystems,” Moniz said.

Further, the DOE created the Office of Technology Transitions (OTT) to facilitate work between laboratories and companies through its role overseeing the technology commercialization fund and allocating energy program money for public-private development and demonstration projects.

“Under the OTT, the Clean Energy Investment Center has a responsibility to help match investors to the whole variety of assets of those who work with the DOE broadly,” Moniz said. 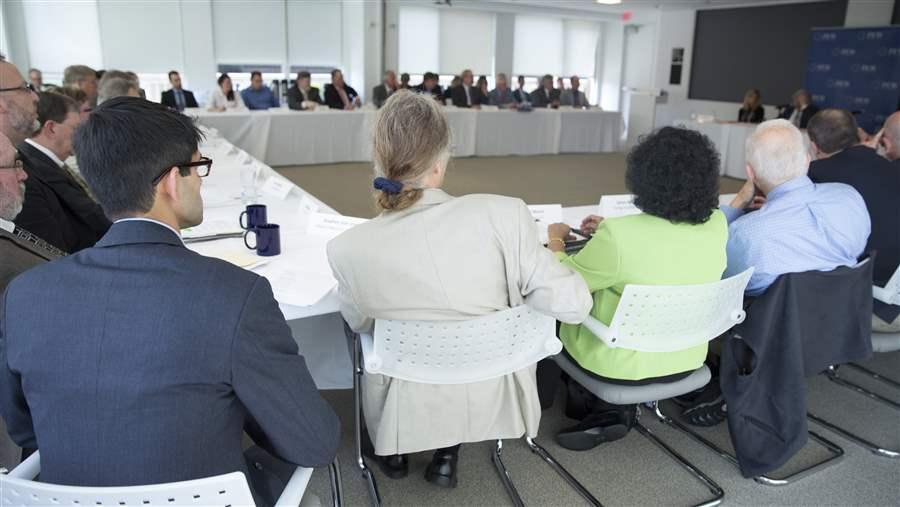 Members of Pew’s Clean Energy Business Network listen to Secretary Moniz discuss ways they can work with the DOE through Mission Innovation.

But despite the sector’s tremendous economic potential and the critical need to build a cleaner and more resilient national power system, energy-related investments have accounted for only 1 percent of the federal government’s R&D budget since the mid-1990s. By contrast, the defense and health industries received almost 50 percent and 25 percent, respectively, of federal research monies over the same period. Moniz said private investors need to have patience but also should be ready to seize the new opportunities presented by Mission Innovation and other DOE efforts.

As Congress considers DOE program appropriations for fiscal year 2017 and beyond, it should support these 21st-century businesses by fully funding the U.S. commitment to Mission Innovation and its goal of fostering the energy technologies of tomorrow. Clean energy is expected to account for 50 percent of new installed electric generating capacity worldwide by 2030—an opportunity that American innovators, entrepreneurs, manufacturers, and exporters cannot afford to miss.