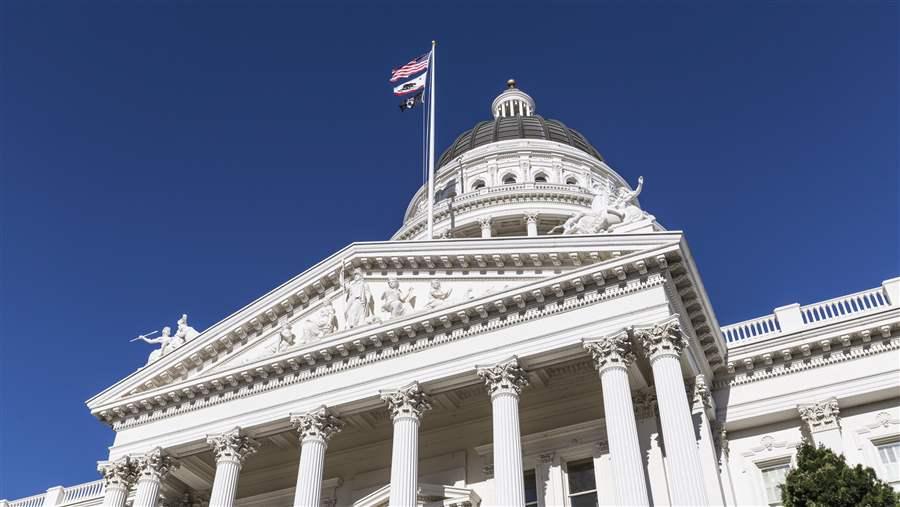 Note: This analysis was corrected on March 23, 2016, to change "billion" to "trillion" in the first sentence.

Of the $3.5 trillion spent by the federal government in fiscal year 2014, 93 percent was spent in the states.1  These dollars pay for Social Security, Medicaid, the salaries of federal employees, and other expenditures. When policymakers in Washington decide where to direct federal money, they should bear in mind the effects that changes in federal spending have on state economies—and how those impacts differ from state to state.

Federal spending was equivalent to approximately one-fifth of state economic activity nationally in fiscal 2014, but on a state-by-state basis the figure ranged from 32.9 percent in Mississippi to 12.5 percent in Wyoming. Federal spending in the District of Columbia was 42.4 percent, higher than in any state. 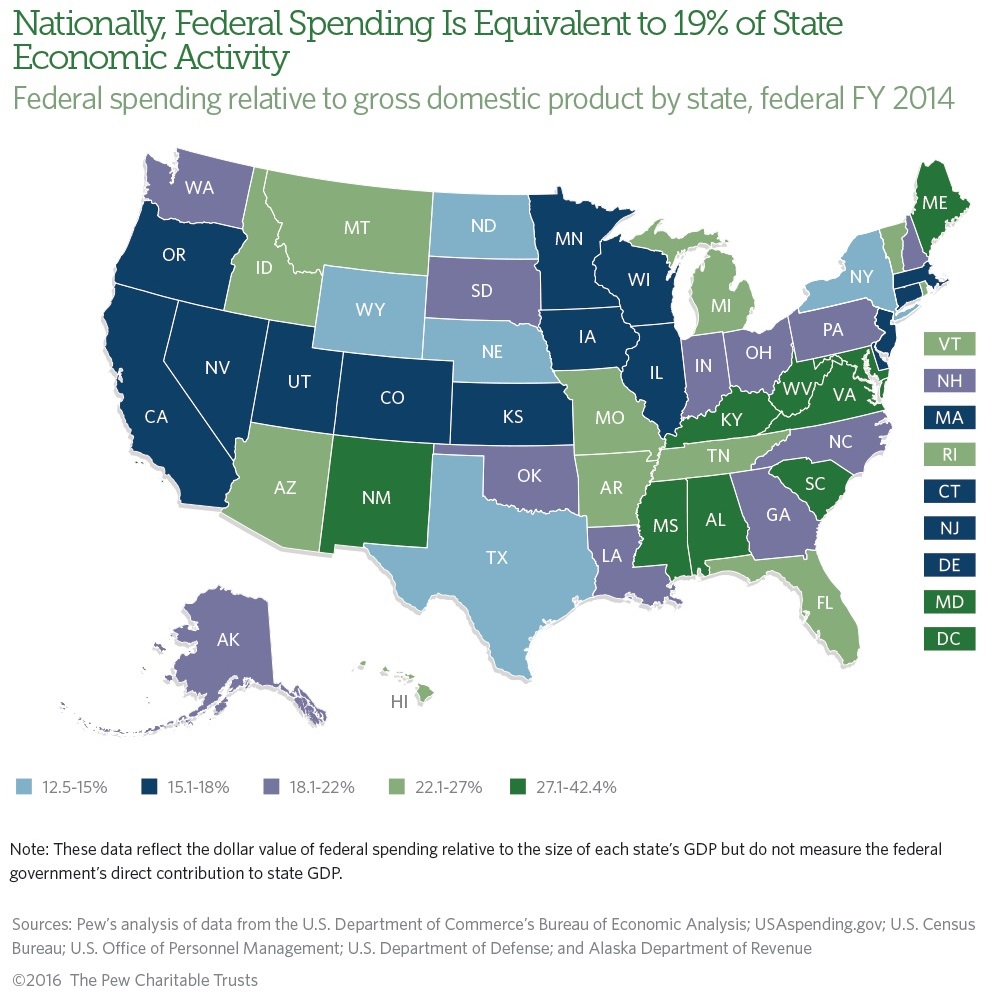 In general, the federal government spends money in the states in five major areas:

From state to state, spending differs across these categories. Multiple factors account for this variation, including differences in demographics, types of industry across states, and the decisions that state and local governments make about which public services to provide and at what levels. Because each state’s economy is unique, the mix of federal spending and the impact of a given federal budget change will vary.

For instance, in Alabama and Virginia, total federal spending was equivalent to about 30 percent of state GDP in federal fiscal 2014, but spending on salaries and wages for federal employees was equivalent to 5.5 percent of Virginia’s economic activity, compared with just 2.7 percent in Alabama. Consequently, Virginia’s economy would probably be more affected than Alabama’s by federal salary and wage cuts.

This analysis illustrates how connected state economies are to federal budget and policy decisions. As federal policymakers work on a budget for the next fiscal year, they should remember the significant impact their spending decisions could have on state budgets.

Anne Stauffer directs and Justin Theal is a senior associate for Pew’s research on fiscal federalism.