The U.S. electric grid is changing thanks to new market opportunities, cleaner and more-efficient technologies, and evolving consumer preferences, according to a recent renewable energy report from Pew’s clean energy initiative. The study documents how the power grid is transforming—and what the future of clean energy might look like.

In particular, three graphs from the report highlight some key reasons behind the national shift toward renewable energy.

Solar prices have dropped by 75 percent since 2008

State and federal policies have spurred this dramatic decline:

Policies are increasing the use of cleaner, more-efficient technologies 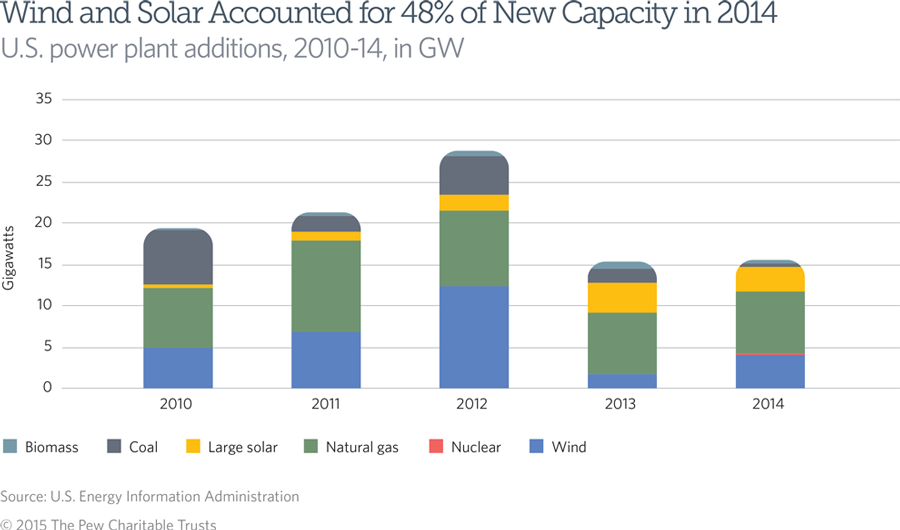 Energy is increasingly produced at or near the place where it is consumed. This advanced capability is commonly referred to as distributed generation.

Net metering—which allows customers to generate electricity on-site, deliver it to the local grid, and offset the power they consume, thereby reducing their charges—has helped foster the spread of rooftop solar and other distributed generation sources.

Although policy has propelled the shift toward distributed generation, innovative breakthroughs have also played a critical role by bringing a range of new technologies to the marketplace. Scientific know-how has led to improvements in energy generation, increased efficiency, better management to allow the grid to absorb more distributed power production, and greater consumer choice. 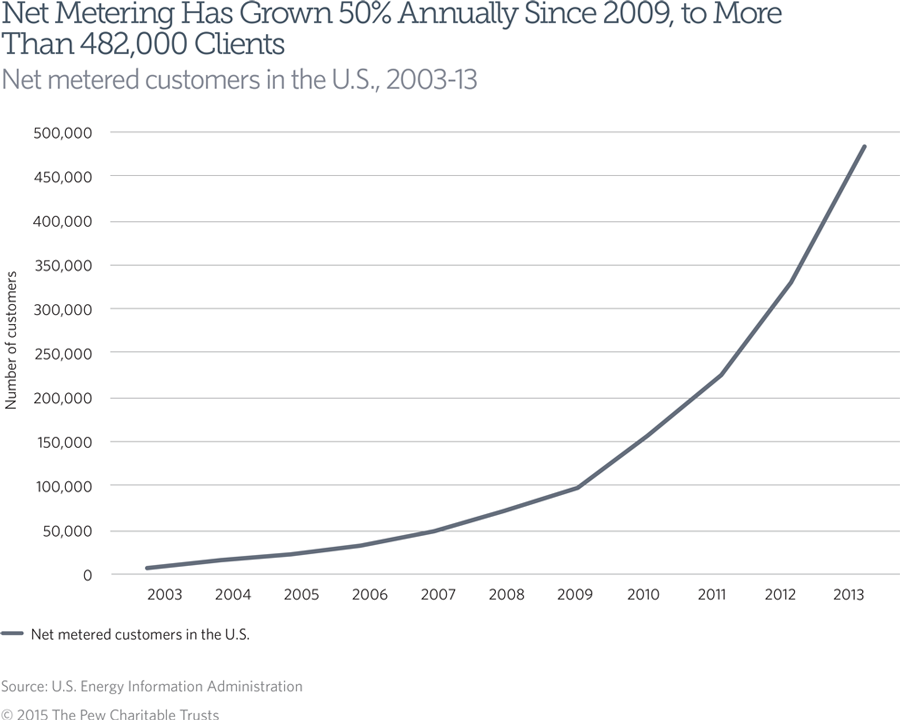 More efficient and renewable resources are filling the void as coal and nuclear power recede:

For more on the recent rise of clean energy in the U.S., read our report America’s Electric Grid: Growing Cleaner, Cheaper, and Stronger.

Electricity is illuminating, but its generation, transmission, and distribution have long been opaque. Cleaner, Cheaper, Stronger: Industrial Efficiency in the Changing Utility Landscape reports on how the once static utility industry is becoming a dynamic and transformative opportunity for the nation’s economic, environmental, and energy future.