On Jan. 14,  the Republic of Korea joined the 18 other governments that have ratified the Port State Measures Agreement (PSMA), an international treaty designed to stop  illegal, unreported, and unregulated (IUU) fishing.

Adopted in 2009 by the United Nations Food and Agriculture Organization, the PSMA is a critical tool in the global effort to prevent, deter, and eliminate IUU fishing, which is estimated to account for up to $23.5 billion worth of seafood each year. 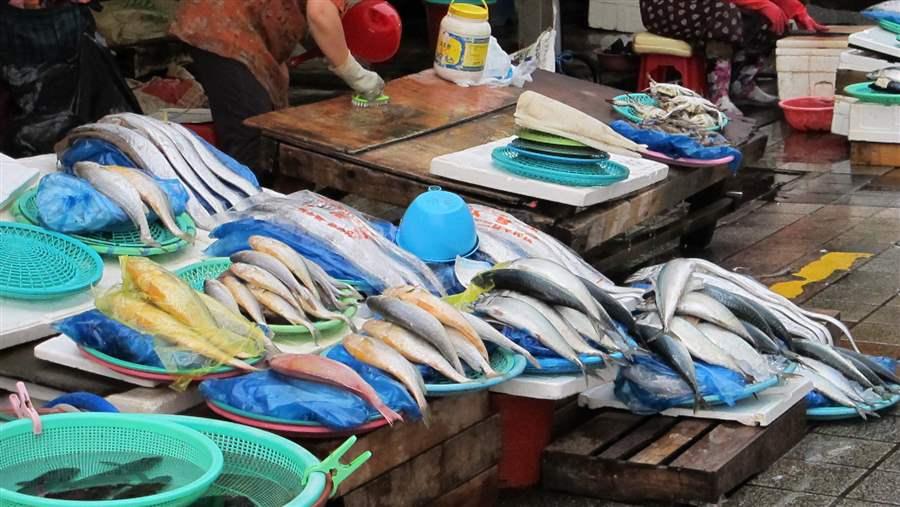 More commonly known as South Korea, this nation is the first northeast Asian country to ratify the PSMA. In recent years, South Korea has been a focal point in attempts to fight illegal fishing.  In November 2013, the European Union issued what is known as a yellow card to South Korea, adding it to a list of nations with repeated IUU violations.

In April 2015, the EU, which has already ratified the PSMA, ended the threat of sanctions against South Korea and withdrew the yellow card in response to improved efforts to stem illegal fishing.  The Seoul government closed loopholes in its systems, revising the legal framework governing its long-distance fleet to comply with international requirements. South Korea amended its laws to strengthen monitoring, control, and surveillance of fishing vessels while reinforcing its own sanctions on IUU fishing and modifying its vessel tracking requirements.

South Korea has continued to improve its handling of illegal fishing, strengthening restrictions in its own waters and stopping illegal catch from entering port. Currently, all South Korean-flagged distant water fishing vessels must carry vessel monitoring systems, which allow satellites to track their movements. They also must be fitted with electronic logbooks that enable them to share real-time information on all fishing operations with South Korea’s newly established fisheries monitoring center.

The PSMA will enter into force once it has been ratified by 25 governments.  South Korea’s action brings us one step closer to that day.