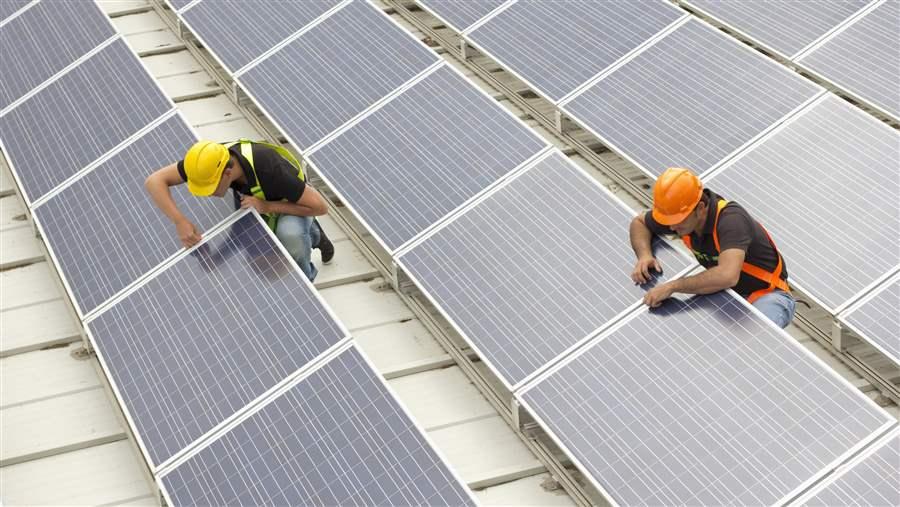 Distributed solar continues to grow across the country.

As early as this week, Congress could take up legislation that would provide a multiyear extension of several expired and expiring tax credits, including the production tax credit (PTC) and investment tax credit (ITC) for clean and efficient energy technologies, which cover large and small wind, geothermal, biomass, solar, combined heat and power, and fuel cell projects. The PTC expired at the end of 2014, and the ITC is set to expire at the end of 2016.

More industrial, institutional, commercial, and residential customers are using innovative technologies to protect against unexpected power outages caused by natural disasters and other events. Distributed energy sources such as solar panels allow electricity to be generated near where it is used and help consumers manage disruptions to the nation’s aging, centralized electric grid.

As of the first quarter of 2015, 700,000 customer-sited solar photovoltaic (PV) projects were operating nationwide, and by 2020, analysis from Greentech Media Research predicts the installed capacity of distributed solar will reach 500 megawatts.

To track this rapidly growing market, the U.S. Energy Information Administration published its inaugural small-scale distributed solar estimations in this month’s Electric Power Monthly. These new data provide valuable information about the expansion of solar PV projects of less than 1 MW that are typically located at the site of electricity consumption. According to the report, the country reached 3.5 million MW-hours of total solar generation in September, which is enough energy to power more than 320,000 U.S. homes for a year. Small-scale solar PV accounted for 33 percent of that total, and utility-scale 67 percent.

The rise of renewable generation, such as solar and wind, can be traced to public policies at the state and federal levels. More than 35 states now have renewable portfolio standards or goals for deployment of renewables in the electric mix. At the federal level, targeted tax incentives, including the PTC (since 1992) and the ITC (since 2006), have helped the solar industry mature.

The private sector has responded to these policy drivers by reducing costs and scaling up production of renewable energy technologies. The price of wind power has declined by more than 50 percent since the PTC was initiated, while the cost of solar has fallen by 75 percent since 2008.

Transparent, long-term, and consistent federal policies such as the ITC and PTC provide a critical incentive to private investors. Congress should avoid disruptions to the clean energy sector by passing legislation that provides a multiyear extension of the tax credits.