One of the strongest protections against surprise increases in tax incentives costs is an annual limit on program costs. Most states have placed caps on at least some specific incentive programs, but few have systematically applied this protection. One exception is Iowa, which installed an aggregate limit across many economic development tax credits in 2009. 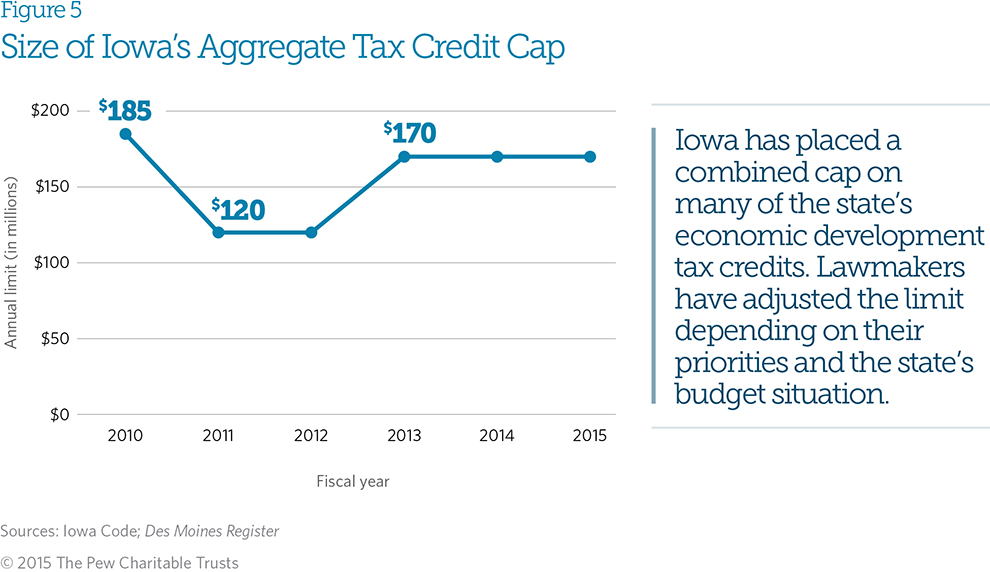 This cap provides flexibility to both economic development officials and legislators. Officials have discretion to spend more or less on specific programs from year to year, so long as they abide by the aggregate limit. Lawmakers can adjust the cap depending on their priorities and the state’s budget situation, in the same way that they can adjust spending levels in other policy areas such as education or transportation. Iowa legislators lowered the cap in 2010 when the economic downturn was straining the state’s budget, then raised it in 2013.

In many cases in recent years, the costs of economic development tax incentives have increased quickly and unexpectedly, causing budget challenges. This week, the Pew Charitable Trusts released a new report, Reducing Budget Risks: Using Data and Design to Make State Tax Incentives More Predictable, which describes how states can avoid these situations. The report recommends that states design incentives in ways that reduce fiscal risk and presents options for doing so, such as caps.

Like Iowa, numerous states are beginning to implement policies to make the costs of incentives more predictable. The next step is for states to adopt these practices more consistently, so that they can use incentives without risking future budget challenges.