Missouri Works, an economic development incentive the state created in 2013, only cost $150,000 in fiscal year 2014. In some states, that figure would be the only one reported and the program would not appear to be a significant commitment. In Missouri, however, the Department of Economic Development compiles data on the value of tax credits that the state has authorized to companies. 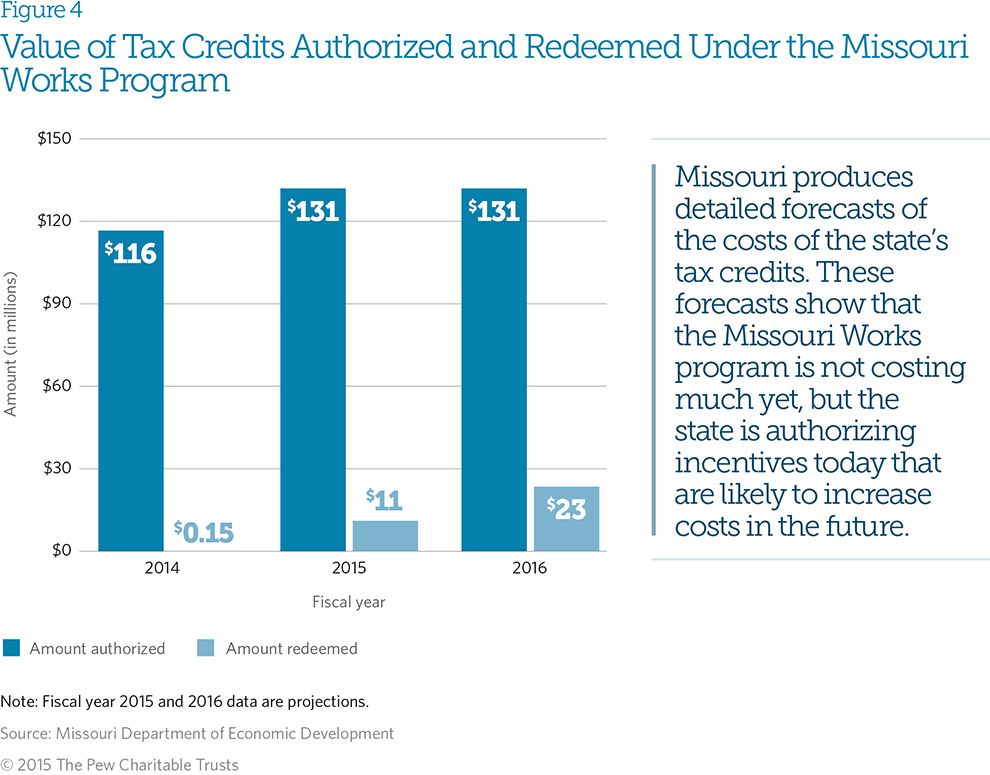 The figures show that in the future Missouri Works will become far more expensive: The department authorized $116 million in credits under the program in fiscal year 2014. The costs of these credits will affect Missouri’s budget gradually, because companies that qualify for the program have to meet job creation standards and then can redeem the credits for up to six years.

In a new report, Reducing Budget Risks: Using Data and Design to Make State Tax Incentives More Predictable, Pew describes strategies states can use to ensure incentives do not cost more than lawmakers expected or intended. One approach the report recommends is for states to gather and share high-quality data on the costs of incentives. When states do that, they can anticipate increases in the costs of incentives years in advance—as Missouri’s experience shows.