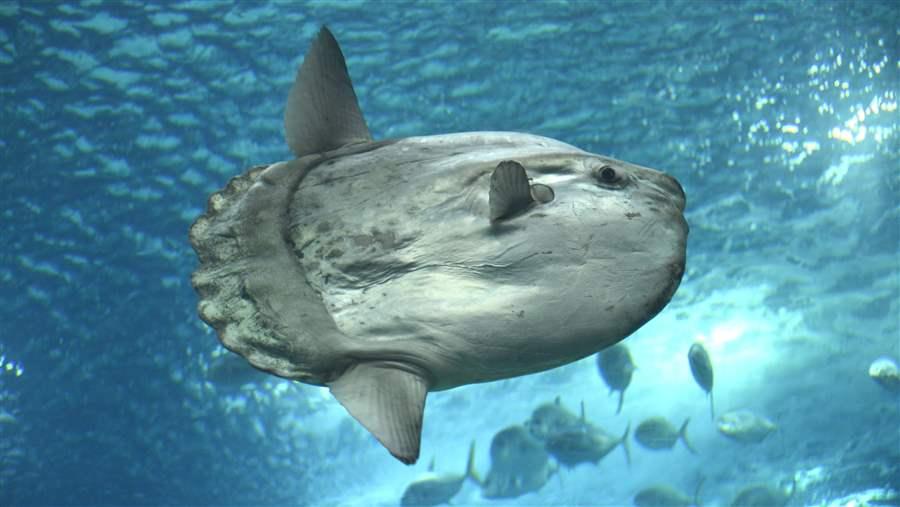 Warm-water species, like cobia and ocean sunfish (pictured), have recently been spotted in northern latitudes.

Fishery managers too often develop fishing rules expecting that the same species will be found in roughly the same place every year. Setting catch limits for fishing requires some assumptions—and until recently, one of them has been that the vast ocean, while subject to cycles, is basically stable over time. But new information challenges that notion, as scientists and some policymakers have grown increasingly aware of long-term shifts in the ocean environment.

To make sound decisions, fishery managers need more than anecdotal reports of warm-water species, like ocean sunfish and cobia, appearing in normally chilly latitudes; they need robust scientific data. Thanks to a breakthrough in understanding decades of science, people now have a clearer picture of how fish populations have moved over the past 30 years. 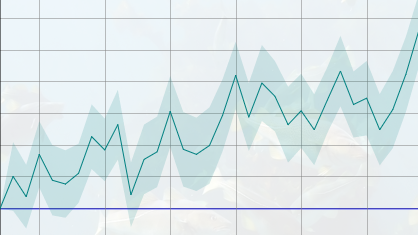 Change in Latitude and Depth of the Geographic Centerpoint of More Than 100 U.S. Fish Populations, 1982-2013

Fish populations are moving steadily toward more northerly latitudes (left) and deeper waters (right). In both charts, the message is plain: Fish are heading for cooler water. Learn more

Instead of new data, a new angle

For decades, fisheries scientists have been systematically conducting trawl surveys and using that information to estimate current and future fish abundance. The surveys focused on what was caught in the nets—and also recorded the latitudes, longitudes, and depths of each trawl.

“It occurred to us that there was another story in there,” said Rutgers University scientist Dr. Malin Pinsky. “By looking at data that already existed from a new and different angle, we could pinpoint where fish populations were found—and if those locations changed over time.”

Fish, even of the same species, can spread across a large geographic range, but scientists can calculate where most of the population is concentrated—the geographic centerpoint. By comparing the location and depth of the trawl to the centerpoint of the population, Pinsky’s analysis shows how different fish populations have shifted over time. OceanAdapt, a website developed by Pinsky in partnership with the National Oceanic and Atmospheric Administration's Fisheries Service (NOAA Fisheries), allows users to enter a query and see the results instantly, making it much easier for everyone—including fishery managers—to see just how the fish they are interested in have moved.

The online tool enables anyone to choose a region—the Gulf of Alaska, the Gulf of Mexico, and the U.S. Northeast, to name a few—and then a fish. Have lobster in New England been heading north? What about Atlantic stingray? And spot, that favorite summer fish for so many holding their first fishing rods?

Importantly, all of the data are public and available for download and closer inspection.

Species aren’t shifting in the same way everywhere; the data show that species have reacted differently to changes in their environments. Fish in the northern latitudes, for instance, have moved farther north and deeper than in the southern latitudes. The new analysis also highlights gaps in available data. While there is no one-size-fits-all conclusion for the way fish populations have moved, scientists and managers are asking new questions, such as whether and how the new analysis should change the way fishing is managed in the U.S.

Unfortunately, not all regional fishery councils are having these important conversations as they make decisions, because the law does not require them to practice this kind of modern management. When Congress next changes the Magnuson-Stevens Fishery Conservation and Management Act, lawmakers should call for each council to create fishery ecosystem plans—road maps that can help managers understand the environmental factors that influence their fisheries so they can account for them and make more informed decisions.