On Oct. 1, the U.S. Environmental Protection Agency and the National Highway Traffic Safety Administration reached the end of the public comment period for a proposed rule that would boost fuel economy and reduce carbon emissions for model years 2021-27 medium- and heavy-duty vehicles. This latest effort by the agencies builds on the success of fuel efficiency measures for passenger and light-duty vehicles as well as previous truck standards and moves the nation toward a cleaner U.S. transportation sector.

Over the life of vehicles sold under the regulation, the draft standards are expected to save vehicle owners $170 billion, conserve 1.8 billion barrels of oil through improved fuel efficiency, and cut carbon pollution by nearly 1 billion metric tons. Additionally, as a result of reduced fuel usage for shipping, the average household could also save $150 per year by 2030 in lower costs for consumer goods.

More than 200,000 individuals, organizations, associations, industrial companies, and policymakers weighed in on the proposed standards. This included firms that rely on trucks to transport products, elected of­­­ficials in charge of protecting public health and welfare, and consumers. Major businesses such as Campbell Soup Co., General Mills, Ikea, and PepsiCo have signed letters in support of strong fuel efficiency and emission rules for trucks. Companies large and small understand the importance of these measures, stating that “new standards will help save consumers and businesses money at the pump, lessen the economic and national security threats presented by oil dependence and price volatility, and encourage American manufacturers to develop new technologies that spur investment in research, development, and production of advanced vehicles.” 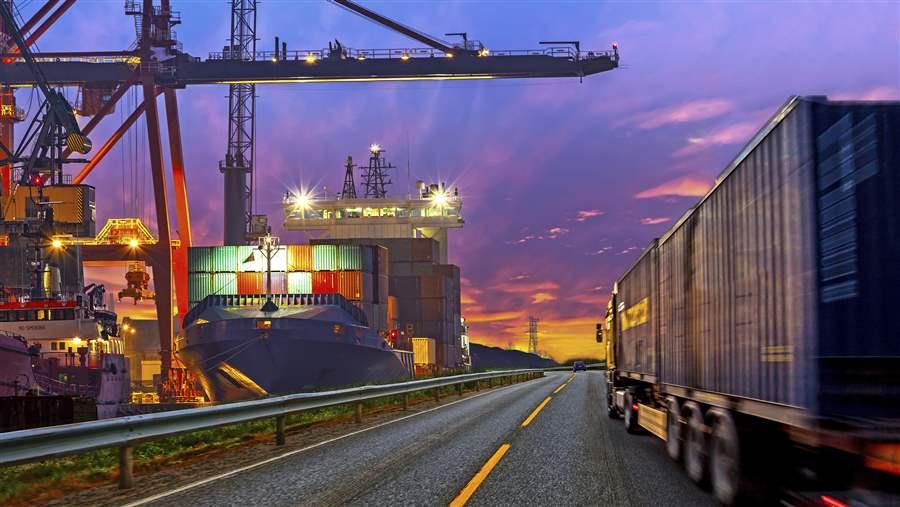 Heavy-duty vehicles, such as tractor-trailers, account for 25 percent of transportation fuel use in the United States, according to data from Oak Ridge National Laboratory.

The U.S. transportation industry consumes 70 percent of all fuel and accounts for almost 30 percent of the nation’s greenhouse gas emissions. As such, it represents a significant efficiency opportunity. Although medium- and heavy-duty trucks, such as package-delivery vans, tractor-trailers, garbage trucks, and buses, make up just 7 percent of traffic, they are the second-largest and fastest-growing segment of vehicles on the road.

Experts note that a strong final rule could cut fuel consumption and carbon pollution in new trucks by 40 percent by 2025 compared with 2010 levels when combined with previous truck rules. The agencies should consider opportunities to strengthen the proposal and adopt a robust and achievable final standard that would result in significant savings to vehicle owners, deep cuts in emissions, and the deployment of new technologies.

Next up: From the public input received on the proposed standards, the agencies now begin developing the final rule for release next spring.

More information on fuel efficiency for medium- and heavy-duty vehicles is available at www.pewtrusts.org/fuelefficiency.