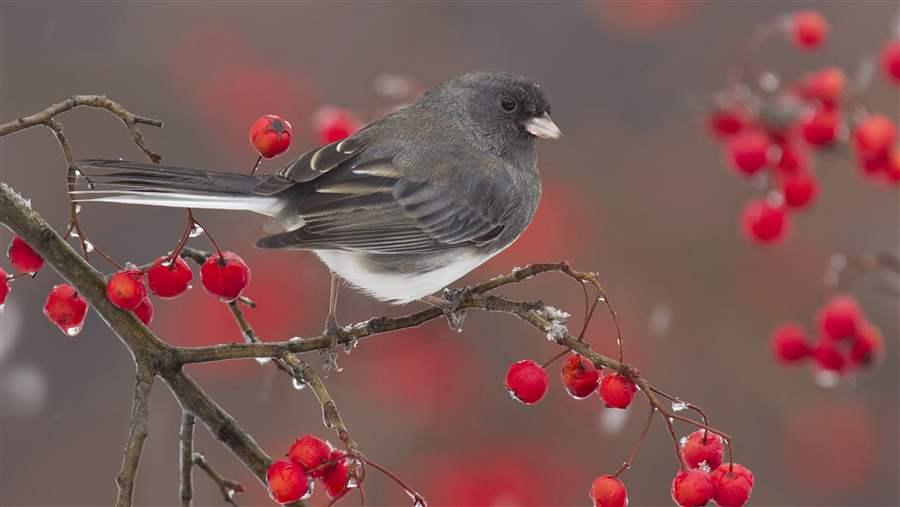 The arrival of autumn brings certain reliable joys—pumpkins ripe and ready for Halloween, the explosion of fall colors, and the excitement of playoff baseball on cool October nights.

For birding enthusiasts in the United States, autumn also means the arrival of 3 billion to 5 billion birds migrating from summer breeding grounds in the boreal forest of Canada and Alaska to wintering habitats in the lower 48 states and farther south.

As they retreat from the onset of winter cold in the north, these billions of birds form a sort of “migratory bird current” that flows south from July through November. Different bird species settle in virtually all parts of the Americas, from southern Canada and the U.S. to Chile, Argentina, and everywhere in between.

Their summer breeding grounds have earned deserved recognition as the hemisphere’s “bird nursery.”

The boreal region is one of the largest terrestrial biomes on the planet, stretching from interior Alaska across Canada, from the Yukon in the west to Newfoundland and Labrador in the east.  It is also one of the most intact and ecologically pristine forest regions on Earth and, over the past two decades, has been the focus of major conservation initiatives aimed at ensuring that it remains a natural treasure.

Indigenous communities across Canada are taking the lead with creative plans for conservation and sustainable development on their traditional territories. The provinces of Quebec and Ontario have also committed to protecting 50 percent of their boreal regions from development, in line with the recommendations of more than 1,500 conservation scientists.

These ongoing conservation efforts have allowed the boreal forest to maintain its status as an avian reservoir for the Western Hemisphere. Nearly half of the 700 species most commonly found in Canada and the U.S. rely on the boreal.

But ensuring the long-term health and diversity of these boreal bird populations depends on protecting their summer breeding grounds as well as their wintering habitats in the U.S. and beyond.

It may sound obvious: The ecology and needs of boreal forest-breeding birds should be studied and considered on both their wintering and nesting grounds. But until recently, too little attention has been paid to this aspect of their life cycle. Now, a new study released in September in The Condor, one of North America’s most well-respected ornithological journals, addresses the issue.

The article titled “Summer vs. winter: Examining the temporal distribution of avian biodiversity to inform conservation” relates the results of eight years of systematic bird counts carried out in both summer and winter in two riparian areas in the Central Valley of California. The authors’ findings were contrary to their own expectations. 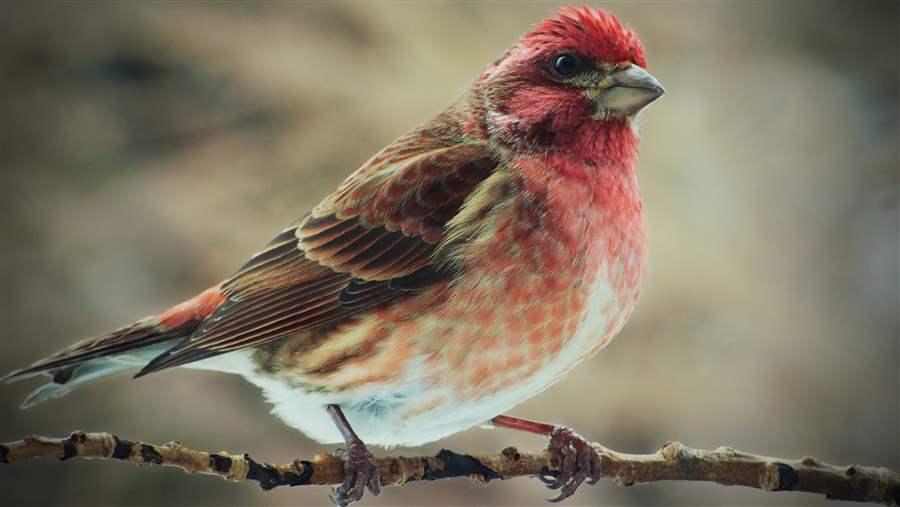 Some of the winter birds heavily represented in the California study have shown worrisome declines and include boreal forest breeding species such as American wigeon, varied thrush, white-crowned sparrow, dark-eyed junco, and purple finch.

All of this highlights the importance of what some ornithologists have begun calling “full life cycle” bird conservation. It’s the notion that we need a broad understanding of the factors affecting, and potentially limiting, bird populations on the breeding and wintering grounds and during migration.

The authors concluded that habitat management efforts in the U.S. should be broadened so that they do not focus solely on the birds that breed in those areas but also include the winter birds that come largely from the boreal forest region. They also highlighted the fact that many ecological regions in the U.S. provide important wintering habitat for boreal forest-breeding birds and that the needs of these species should now be recognized and incorporated into local and regional U.S. bird conservation plans.

While the biology continues to be studied, on-the-ground conservation actions must continue both in the boreal forest region and on the wintering grounds.

The Pew Charitable Trusts, through the International Boreal Conservation Campaign, has been working with partners in Canada since 2000 to protect the intact northern forest that is so vital to the long-term viability of these bird populations. Pew’s work on wilderness protection in the U.S. has also helped safeguard millions of acres of habitat on which the birds depend.

Because migratory birds know no borders, it’s important that Canada and the United States work together on ways to preserve birds that populate both countries. The new study enhances our understanding of what’s needed to make successful conservation and management efforts.