A conversation with ornithologist Jeff Wells about how Canada’s boreal region is becoming an ever-more-important sanctuary for migratory birds and why it needs greater protection.

Jeff Wells, Ph.D., is science director for the Boreal Songbird Initiative (BSI) and an adviser to The Pew Charitable Trusts. He is the author of Birder’s Conservation Handbook: 100 North American Birds at Risk and editor of Boreal Birds of North America: A Hemispheric View of Their Conservation Links and Importance.

In his work with BSI, Wells has championed efforts to protect Canada’s boreal forest. He is lead co-author of the 2014 report Boreal Birds Need Half: Maintaining North America’s Bird Nursery and Why It Matters.

To mark International Migratory Bird Day on May 9, Pew spoke with Wells about the new Boreal Birds Need Half campaign launched in March 2015 by BSI and Ducks Unlimited, both partners with Pew in the International Boreal Conservation Campaign. He explains why Canada’s boreal forest is playing an increasingly important role in sustaining healthy bird populations. 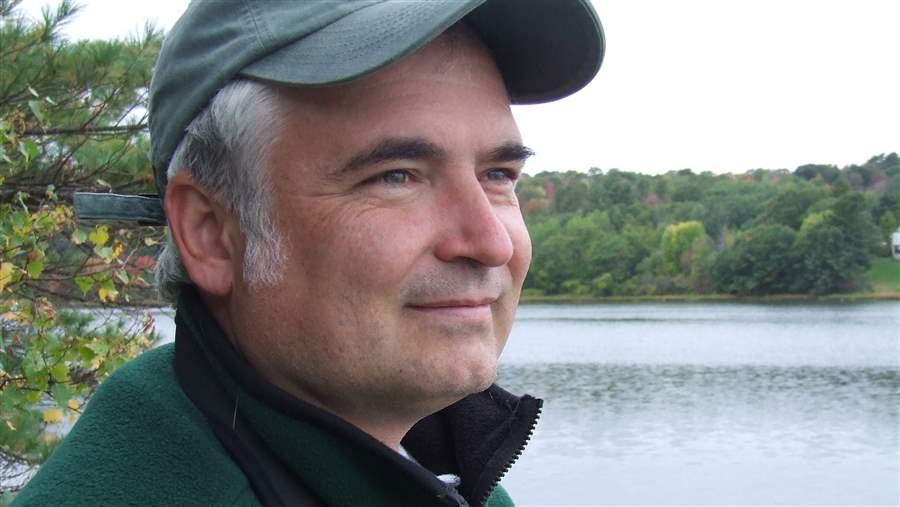 Q. What is the Boreal Birds Need Half campaign and what does it aim to achieve?

A. The Boreal Birds Need Half campaign is an effort to enlist average citizens, mainstream conservation organizations and progressive businesses to recognize and support the modern conservation science principles that show at least 50 percent of the boreal forest region must be maintained free of industrial development. The campaign also advocates for the application of globally leading, responsible development criteria in the other half of the region, where forestry, mining, oil and gas development, agriculture, and hydropower development may occur.

Q. Why is Canada’s boreal forest such a vital habitat for North America’s migratory birds?

A. The boreal region of Canada is one of the largest and most ecologically intact areas on the planet and has continued to host robust populations of a great diversity of birds. More than 300 species regularly nest in the region, making up a total breeding population of 1 billion to 3 billion individual birds. It’s really astonishing.  Most of these birds spend the winter south of the boreal forest region in the United States, South America, Central America, the Caribbean, and Mexico. What many people don’t know is that the bulk of migratory birds that people enjoy seeing in backyards and parks every spring were born and raised in Canada’s boreal forest.

Q. How is climate change expected to affect the distribution of bird populations in North America?

A. Research has documented that many bird populations are already arriving earlier in the boreal and have shifted their distributions northward as a result of climate change. Recent modeling studies indicate a variety of probable responses of bird populations over the next 50 to 100 years, with some bird species losing much of their preferred climate and a great many significantly shifting their ranges north.

Q. Will that make the boreal region an even-more-significant refuge for birds in the future?

A. Yes. The region will be one of the most amazing reservoirs of habitat for a huge number of species that will continue shifting their ranges northward. The maintenance of very large intact habitat blocks in the boreal region will allow healthy, resilient populations to survive and adapt to climate stressors. That will ensure that there are fewer barriers to the shifting distributions of birds and their habitats.

Q. You’re an avid birder. Why is this a passion of yours and how does it inform your work?

A. I became avidly interested in birds when I was in junior high school, in part because of my parents’ and my grandmother’s enjoyment and interest in birds.  The reason birding became a particularly strong passion was because it was a way for me to feel connected to the amazing diversity, mystery, and adventure of the natural world.

It was possible for me as a kid to see a bird in or near my backyard in winter that had spent time with polar bears in the Arctic, or another bird in the spring that had just arrived from hanging out with macaws and jaguars in South America.

I still never tire of seeing new birds or the first ones arriving back every spring, and I am continually surprised to learn new things about birds and the natural world on a daily basis.

The work that I am engaged in—trying to see large-scale conservation applied to the boreal forest region—is a natural step in ensuring that future generations will also be able to live in a healthy world full of birds and other wildlife that they can enjoy. 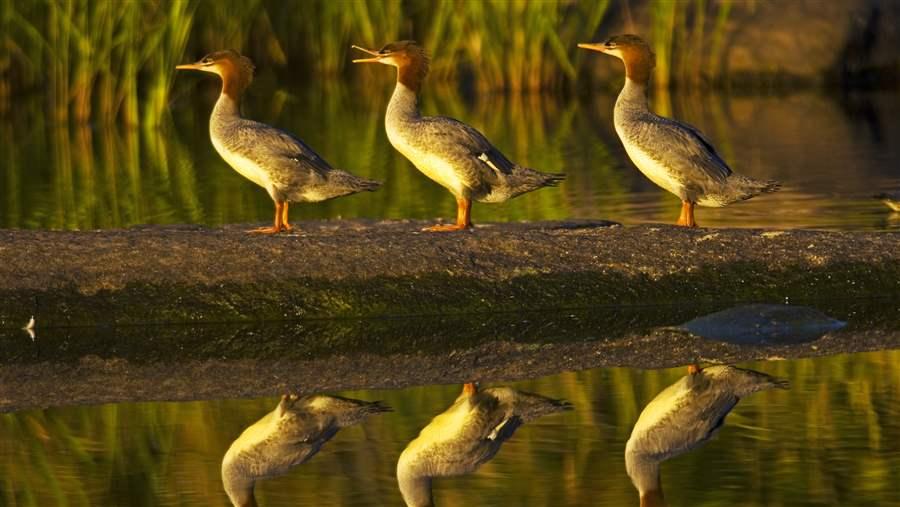