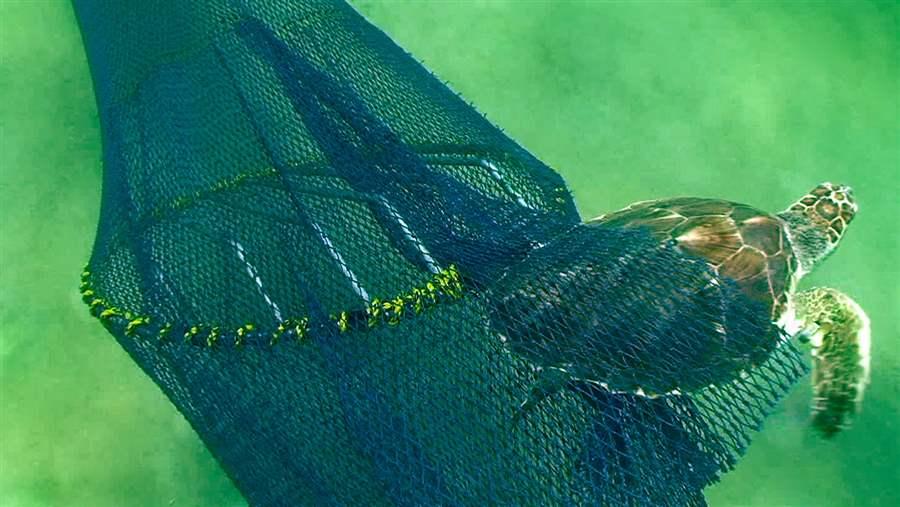 A loggerhead turtle escapes a shrimp net through a turtle excluder device (TED).

If fishermen had their way, the only thing on their hooks or in their nets would be what they were trying to catch: the target fish. But fishing is rarely that simple. Different kinds of fish swim together, and anyone who’s ever heard of dolphin-safe tuna knows that sometimes fishing can capture other animals, such as marine mammals and birds.

When fishermen using indiscriminate fishing gear catch nontarget fish, turtles, dolphins, and other sea life, the practice harms the ocean’s health and wastes resources. The death of this nontarget sea life, called bycatch, is not a small problem: The National Oceanic and Atmospheric Administration’s Fisheries Service (NOAA Fisheries) estimates that it accounts for about 17 percent of what fishermen catch.

Sometimes, fishermen and managers work together to design gear modifications to reduce bycatch, especially when it affects a valuable or protected species. The best-known innovation is a turtle excluder device (TED), which keeps shrimp in a net as it is towed through the water but allows larger and heavier animals, such as turtles, to escape through a trapdoor. Developed cooperatively by commercial fishermen and scientists, TEDs are now required in U.S. fisheries where capture of these endangered animals is a risk.

In the Northeast, acoustic warning systems known as pingers are attached along the tops of gillnets, which hang vertically in the water like fences. Pingers make a sound every few seconds and help harbor porpoises steer clear of the net. When used correctly—in adequate numbers and with proper spacing and ping intervals—these devices can reduce the accidental death of harbor porpoises by 90 percent.

In Alaska, endangered short-tailed albatrosses are among the seabirds snagged as they try to grab bait from miles of hooks on longlines unspooling from fishing vessels into the water. One solution: streamer lines, which sway in the wind and scare seabirds away. This inexpensive tweak has proved so effective that it became required gear for longline fishing in the federal waters off Alaska. This year, a partnership that included NOAA Fisheries, Washington Sea Grant, and Oregon State University won a Presidential Migratory Bird Stewardship Award for expanding the use of streamer lines to the federal waters off Washington, Oregon, and California. 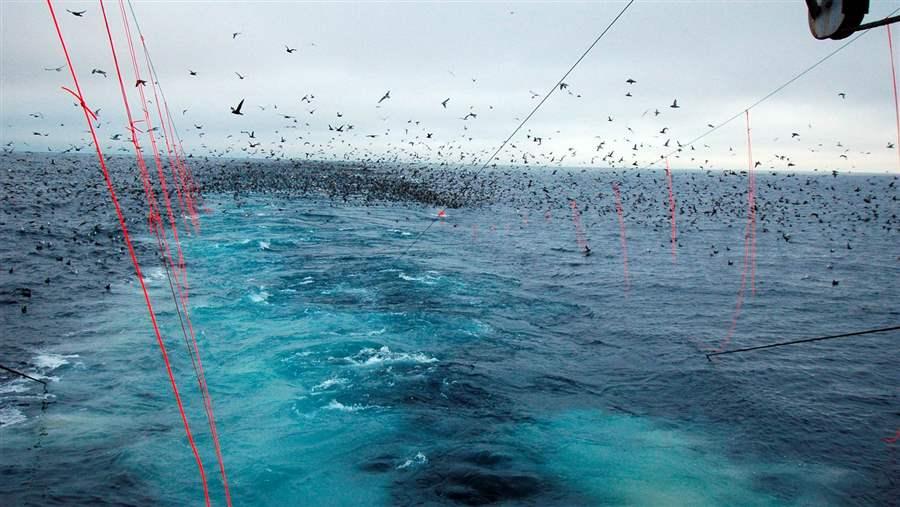 One of the most persistent and problematic bycatch issues is difficult to observe: when fishing gear kills sea life without ever catching it. In Alaska’s Bering Sea, some trawl nets pulled along or near the seafloor to catch groundfish end up rolling over and crushing crabs, including valuable king crabs. Recent research found that certain gears that target groundfish could kill up to 31 percent of the red king crabs they encounter. Through experiments, the scientists found that they could cut the accidental death of crabs by more than half by making a simple change to the gear that lifted it several inches above the seafloor—and won recognition from a scientific journal for their gear improvement. That solution became a requirement for flatfish trawlers in the area before the research even appeared in print.

These examples of innovations are heartening, but more work must be done to solve the continuing problem of bycatch. For example, in the southeastern U.S., populations of red snapper, speckled hind, and warsaw grouper are at historic lows and are extremely vulnerable to becoming bycatch. Indiscriminate fishing methods are not only a problem for commercially important fish, protected marine mammals, and threatened and endangered species such as turtles or albatrosses; they also waste millions of pounds of other nontarget sea life. Bycatch continues to cause damage to the health of our oceans that we cannot fully appreciate or understand.

To spur greater action to address this waste, Congress should amend the nation’s primary fishing law, the Magnuson-Stevens Act, to clarify that fisheries managers must minimize bycatch—no excuses. Such a change would accelerate the development and adoption of solutions and close loopholes. Congress should also update the law’s definition of bycatch to cover all nontarget sea life, including birds, that are caught or otherwise killed by fishing gear.