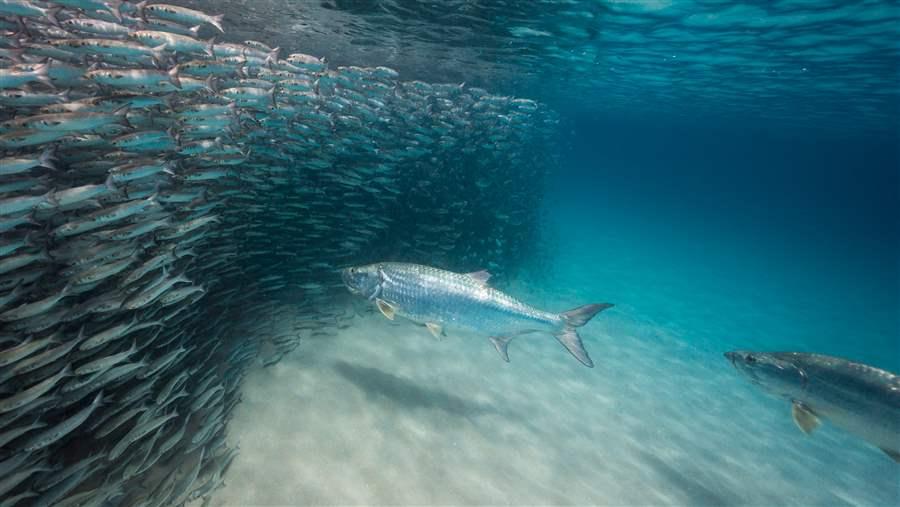 Forage fish are increasingly being recognized as an important part of the marine ecosystem. By studying and setting catch limits on forage fish, managers can reduce the risk of population crashes for commercially valuable fish.

Commercial and sport fishermen alike take a serious interest in what, where, and when fish eat. After all, knowing what bait to use to lure a hungry fish or how and when to find a school in its feeding grounds greatly increases the chances of catching fish. But beyond that, why does a fish’s food matter, and how do scientists determine what fish eat?

Both answers are deceptively simple: Fish diets matter because changes in where and how much prey there is can directly influence how many predator fish are around to catch. Fluctuations in the numbers and location of even small forage fish also can have broader implications for the health of the marine ecosystem.

To learn what fish eat, scientists start with the obvious: trying to observe a predator consume prey, and examining the contents of a fish’s stomach. Sometimes, such as soon after a feeding, the answers come easily. Other times, scientists must sift through remains in the predator’s stomach—particularly fish bones.

Otoliths, a fish’s ear bones, are most often used to identify prey species; scientists can work with other hard parts, such as beaks, vertebrae, or other bones, but doing so requires more time and expertise.

The spine of a longsnout prickleback, left, and a curlfin sole.

Scientists used to focus mostly on what commercially important predator fish, such as salmon, cod, and flounder, were eating. But now they are also seeking a better understanding of the entire food web by studying the diets of species that may not be caught commercially, such as skates in the Pacific Northwest. In the past few years, with the advent of DNA sequencing techniques, a tiny tissue sample from the prey in a fish’s stomach can precisely reveal the prey’s species—very useful when there isn’t a whole fish to examine, and especially so when the prey had no bones or hard parts to begin with.

In the era of big data, scientists have the ability to organize and analyze results—to build on and share the collected data. A new study, led by Farallon Institute scientists Julie Thayer and Amber Szoboszlai, examined more than 100 years’ worth of science about prey species for a wide variety of predators, from fish to sea lions to birds, in the productive California Current ecosystem. Synthesizing hundreds of published papers, the resulting database provides new insights into the role and prevalence of prey across space—from the coastline to the deep water, and from Mexico to Washington—and throughout years. The synthesis revealed gaps in understanding that could be filled in with dedicated surveys; it also identified certain species, such as the anchovy, that are important to many predators throughout the system. With so much uncertainty about the status of the anchovy population, a scientific assessment couldn’t be more urgent.

The work helps underscore that commercial fish and the forage fish they consume are part of an interconnected marine ecosystem, and that forage fish should be managed with catch limits that recognize their important role. Doing that can lead to better managed fisheries and can reduce the risk of population crashes. For instance, one recent study suggested that suspending fishing temporarily when prey numbers are low could prevent an estimated 70 percent of fish population collapses—and would reduce the total amount of fish caught by only 2 percent. 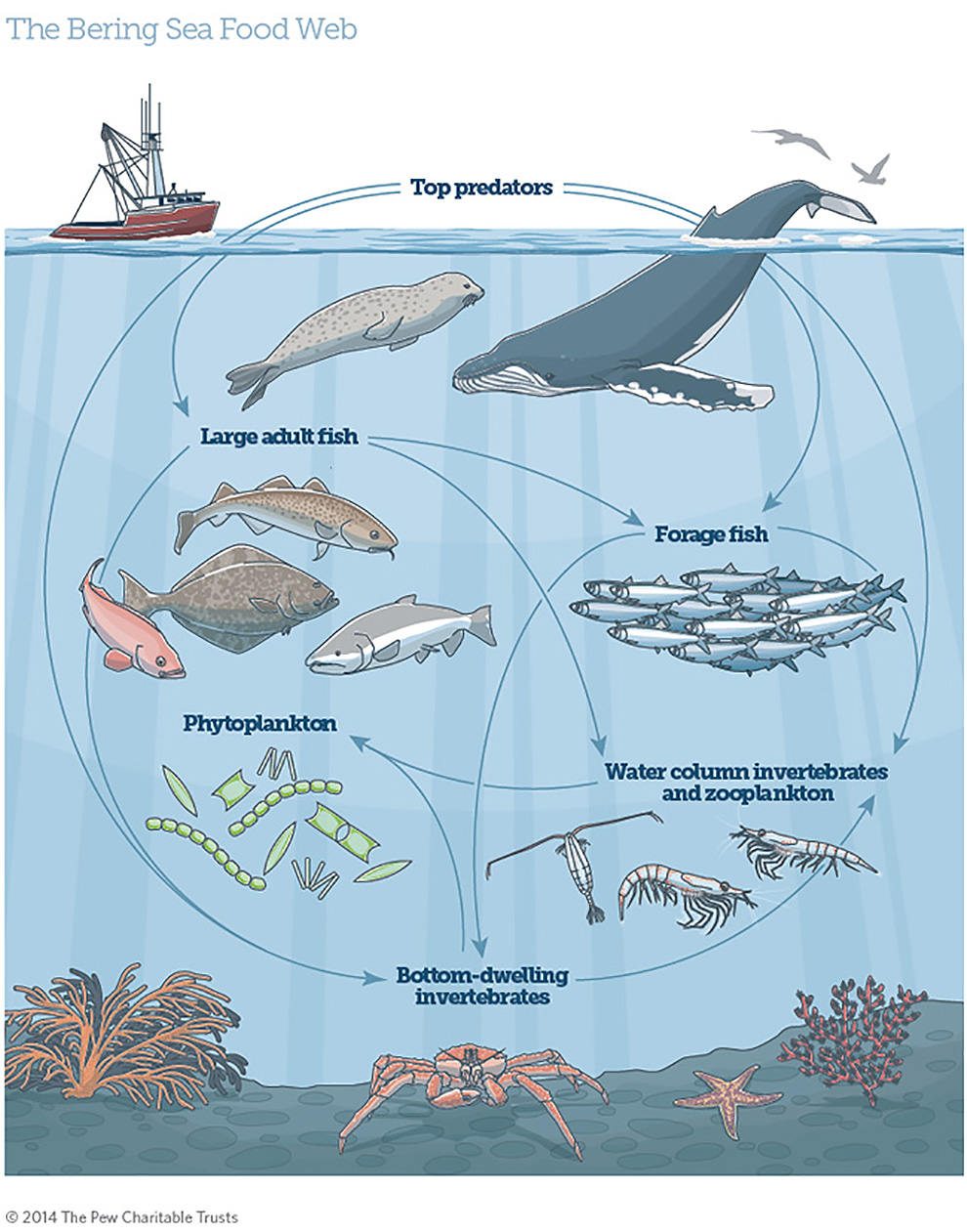 Some regional fishery management councils have already taken these steps, but the nation’s fishing law does not yet require it. The Magnuson-Stevens Fishery Conservation and Management Act is approaching its 40th anniversary and is overdue for an update. It’s time for a new focus in fisheries management. Learn more at pewtrusts.org/healthyoceans.