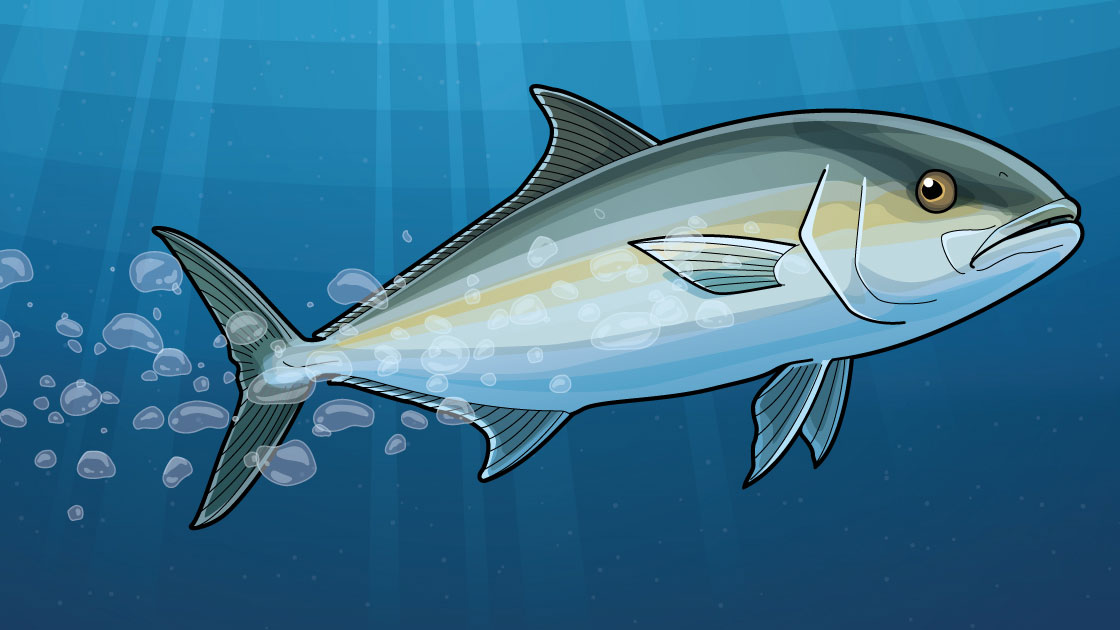 One species of fish has a unique ability to survive when fishermen haul it from the depths and toss it back.

Although the internal organs of other fish can explode from the dramatic pressure changes during a quick ascent to the surface on a fishing line, greater amberjack sometimes blow bubbles through their gills to decompress—a process called off-gassing.

If fishermen throw a greater amberjack back into the water, it has a good chance at survival. But most other species, such as snappers and groupers, aren’t as lucky. In fact, massive amounts of fish die each year after they are caught and returned to the water. They are thrown back for many reasons, such as regulatory restrictions on size or quantity, or because fishermen caught them accidentally while targeting other species. These fish are known as bycatch.

Bycatch is enormously wasteful: According to the National Oceanic and Atmospheric Administration’s Fisheries Services, almost a fifth of total commercial catch in the United States is discarded, totaling about 4.6 million pounds of fish per day.

When the regional fishery management councils set quotas as part of plans to control catch of ocean fish, they must factor in how many fish die through bycatch. That means high rates of bycatch death can reduce the amount of a species that fishermen get to keep.

The Magnuson-Stevens Fishery Conservation and Management Act, the primary law governing U.S. ocean fish, requires managers to minimize bycatch to the “extent practicable,” but America’s oceans today need a less ambiguous standard. As Congress meets to renew the law, it should require rules to minimize bycatch not just when it is practicable, and to assess its effect on efforts to restore depleted fish populations. Managers also should work with fishermen to improve their practices and use new technologies and gear to curtail the problem.

It’s important to consider the unique biological characteristics of fish, such as the greater amberjack’s ability to survive incidental catch, and evaluate multiple factors that affect them, such as habitat and food needs. Americans must use our ever-expanding knowledge and technologies to better manage our resources with a big-picture approach.

The Magnuson-Stevens Act is approaching its 40th anniversary and is overdue could use for an update. It’s time for a new focus in fisheries management. Learn more at www.pewtrusts.org/healthyoceans.