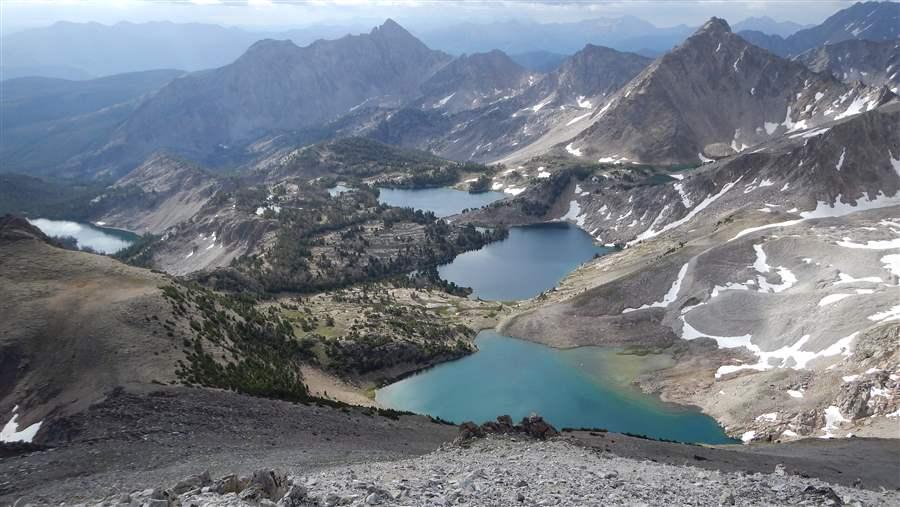 Central Idaho's Boulder-White Clouds region was once among the largest unprotected wild places in the Lower 48 states. But now—thanks to legislation signed into law by President Barack Obama on Aug. 7—Boulder-White Clouds is safeguarded as wilderness, the strongest protection available for a national landscape.

It all adds up to a big win for Americans who treasure this natural gem's skyscraping peaks, alpine lakes, and flower-filled meadows—not to mention its world-famous hunting, fishing, and other recreational activities.

With more than 150 mountains surpassing 10,000 feet, Boulder-White Clouds has an alpine ecosystem and large roadless core that support rare flora and fauna and provide critical habitat for animals such as elk, moose, and bighorn sheep—making the area a premier destination for hunting.

The region also is an important spawning area for fish. Steelhead trout in and near the Boulder-White Clouds have their species' longest migration, as do Snake River sockeye salmon.

Much work remains, however. Only 2.5 percent of U.S. federal public land outside Alaska is permanently protected as wilderness—free of roads and industrial development and forever available for hiking, hunting, fishing, and other pursuits.