Fourth of July and Washington lakes are favorite destinations for many, especially in summer. The trail to both passes through forest glades and across streams, with spectacular mountain views glimpsed between the trees. Surrounded by cragged peaks, with campsites nearby, Fourth of July Lake is an inviting place to swim in the warm months. Washington Lake, a short distance away, provides more respite for summer hikers. Adventurous trekkers can climb a ridge trail that offers a stunning, 360-degree view of the Sawtooth Range and the White Cloud Mountain peaks. 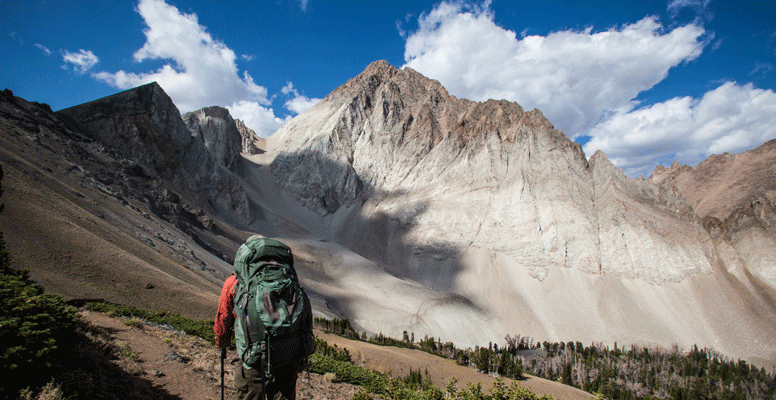 The Boulder-White Clouds are part of the Sawtooth National Recreation Area, or SNRA, established by Congress in 1972. Half of the SNRA has been designated a wilderness study area, which requires the U.S. Forest Service to manage it as wilderness. The area was established to ensure the “preservation and protection of the natural, historic, scenic, pastoral, and fish and wildlife values, and to provide for the enhancement of recreation values.” Although this mandate allows many protections for the Boulder-White Clouds, the area still faces potential development of existing mining claims and unregulated motorized recreation. A national monument designation would provide a backstop to potentially harmful development. This is true for Forest Service and Bureau of Land Management lands in the Boulder-White Clouds region that are outside the SNRA boundaries and therefore have even less protection to begin with.

Numerous legislative attempts have been made over the past few decades to protect the Boulder-White Clouds in perpetuity, not just for its ecological diversity, beauty, and recreation values, but also for its economic benefits. Congress, however, has been unable to pass the legislation. Now, groups of sportsmen, businesses, mountain bikers, conservationists, and community leaders are working together to address unfinished Boulder-White Clouds protections by seeking presidential proclamation of a national monument. 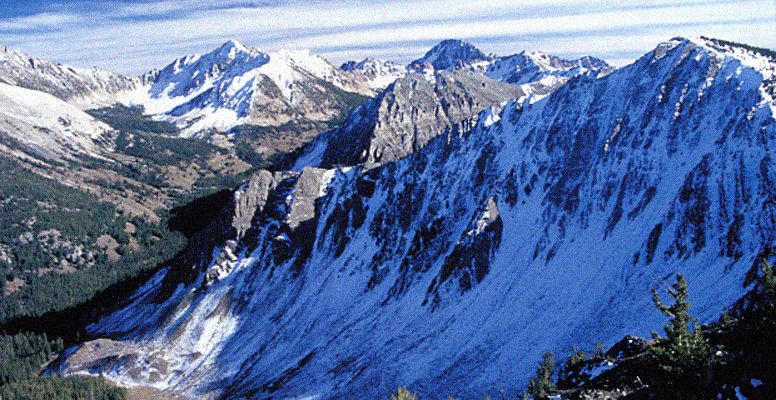 The Boulder-White Clouds, with more than 150 mountains surpassing 10,000 feet, has an alpine ecosystem and large roadless core that supports rare flora and fauna and provides critical habitat for animals such as elk, moose, and bighorn sheep—making the area a premiere destination for hunting. The Railroad Ridge area in the north-central part of the proposed monument supports high altitude vegetation unique to the Boulder-White Clouds, such as the White Clouds milk vetch and the northern sagewort. Slender moonwort grows here, too, and is a candidate for listing under the Endangered Species Act. Railroad Ridge is also home to whitebark pine that grows just below the ridgeline; in fact, the area boasts the nation's oldest-known whitebark pine tree, at 1,270 years old. The region also is an important salmon spawning area. Steelhead trout in and near the Boulder-White Clouds have their species' longest migration, as do the Snake River sockeye salmon. In 1987, the Forest Service recommended that approximately 220,000 acres be designated as wilderness, and in 1989 the BLM recommended that more than 27,000 acres of land it manages also be given this highest form of protection.

Idaho's outdoor recreation economy generates $461 million in state and local tax revenue, drives $1.8 billion in wages and salaries, and supports 77,000 direct jobs, according to the Outdoor Industry Association. Kayakers, snowmobilers, all-terrain vehicle users, and dirt bikers, mountain bikers, campers, hikers, and sportsmen seek out these lands, and designating the area a national monument would help balance and manage these sometimes conflicting uses, while also ensuring that the resource remains sustainable for generations.