This map was updated in August 2015 to reflect the most current spawning sites included in a proposal under consideration by the South Atlantic Fishery Management Council.

Some breeding fish have favorite spots for their spawning rituals, and U.S. Southeast fishery managers are considering a proposal to protect these special places.

Beginning Aug. 10, the South Atlantic Fishery Management Council, which sets fish policies in federal waters from North Carolina to eastern Florida, is hosting six public hearings on a proposal that would limit some fishing in up to nine targeted spawning sites. The areas, typically in deep water along the continental shelf edge, range from 1 to 15.2 square miles and draw numerous species, including snappers and groupers, many of which are popular catches that have suffered population declines. Because these species are found mainly near the ocean floor, bottom fishing would be prohibited. However, fishing at the surface for other species such as marlin, sailfish, dolphin, and tuna, would continue to be allowed. The hearings are set in Florida, Georgia, North Carolina, and South Carolina (full schedule here). 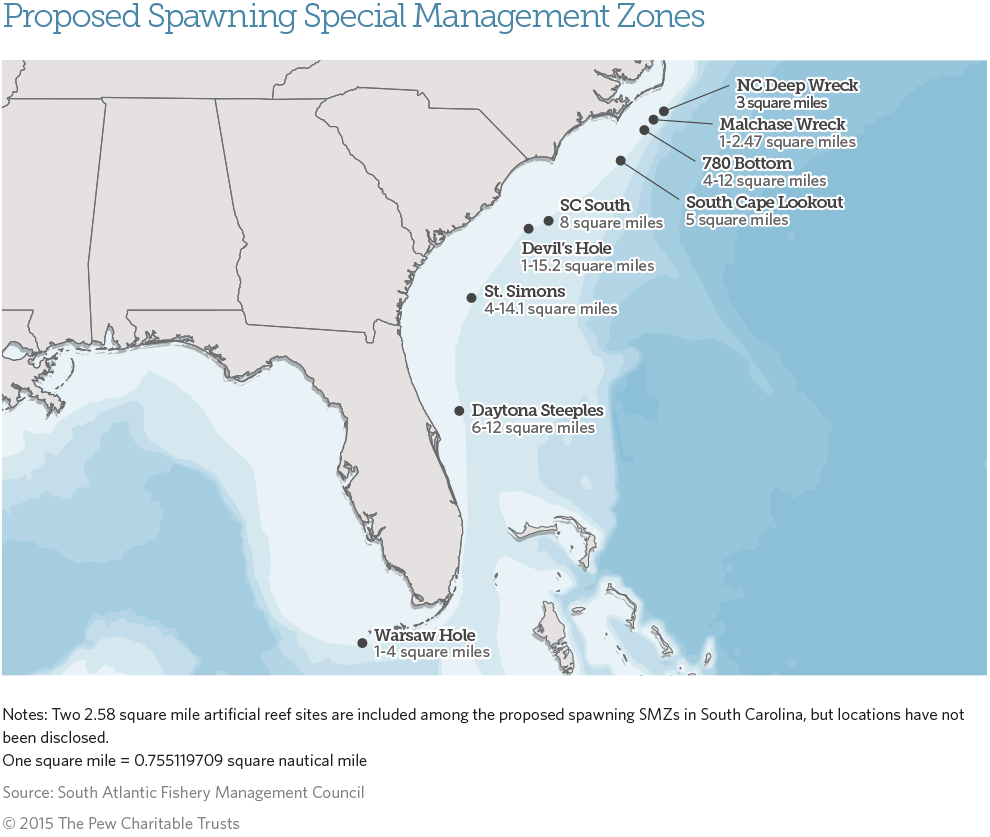 The proposal has the support of a variety of fishermen, scientists, and members of the public. Also endorsing this idea is the snapper-grouper advisory panel, an expert group of commercial and recreational fishermen, industry, and conservation representatives that provide the council with advice. This year, several members proposed additional areas for protection based on their on-the-water experience. Some fishermen worked with scientists to pinpoint the best areas to include in the proposal.

Protections for spawning sites can boost healthy fish populations and help the recovery of struggling species. In one spawning area where resource managers have limited fishing, in the Dry Tortugas off the Florida Keys, some fish have grown larger and increased in number. These populations have also expanded over a wider geographical area, spilling into nearby fishing grounds. Ocean currents are transporting eggs away from this site and probably distributing new young fish to other areas throughout the region.

Safeguarding spawning sites is a proven way to help fish flourish and replenish the oceans with life. Comments on the proposal can be submitted by Aug. 31 to [email protected].