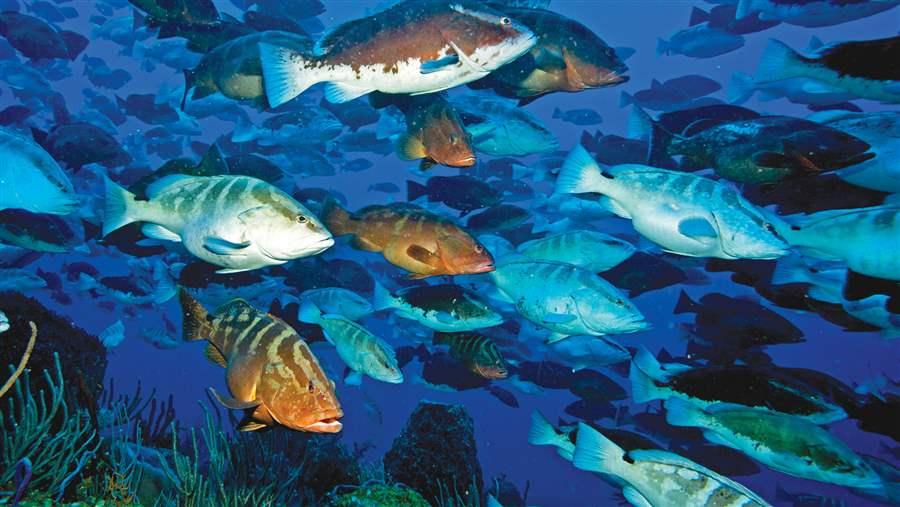 Some fish, such as these Nassau groupers in the Cayman Islands, make an epic journey to special places to spawn. It is an event rarely witnessed.

This fact sheet was updated in August 2016 to reflect the most recent information.

At special times each year, certain fish find their way to unique gathering places for a mating ritual that helps determine the survival of their species. They can arrive by the thousands, and some may travel hundreds of miles. They know these places because their ancestors met there time and time again throughout their history.

But humans have come to know these places, too. These fish, concentrated in one spot and distracted by their biological task, are easy prey. Around the world, these locations have become fishing hot spots, with dire consequences. Fishermen pull breeding fish out of the ocean when they would otherwise produce the thousands of offspring needed to populate the next generation. As a result, some fish, including snapper and grouper, have dwindled; others are severely depleted or even endangered.

Protections for spawning sites can boost healthy populations and help the recovery of struggling species. In some spawning areas where resource managers have limited fishing, fish have grown larger and more numerous, and their populations expanded over a wider area, replenishing nearby fishing grounds. Fish also produced greater numbers of eggs that were more likely to survive and hatch. Additional species are attracted to this abundance, so food webs grow more robust. Safeguarding spawning sites is a proven way to help fish flourish and replenish the oceans with life. 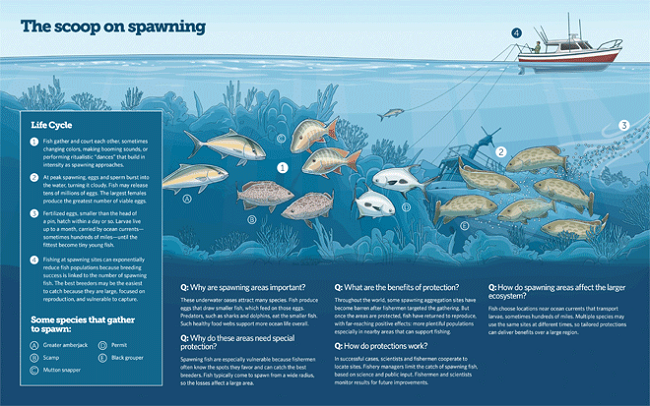 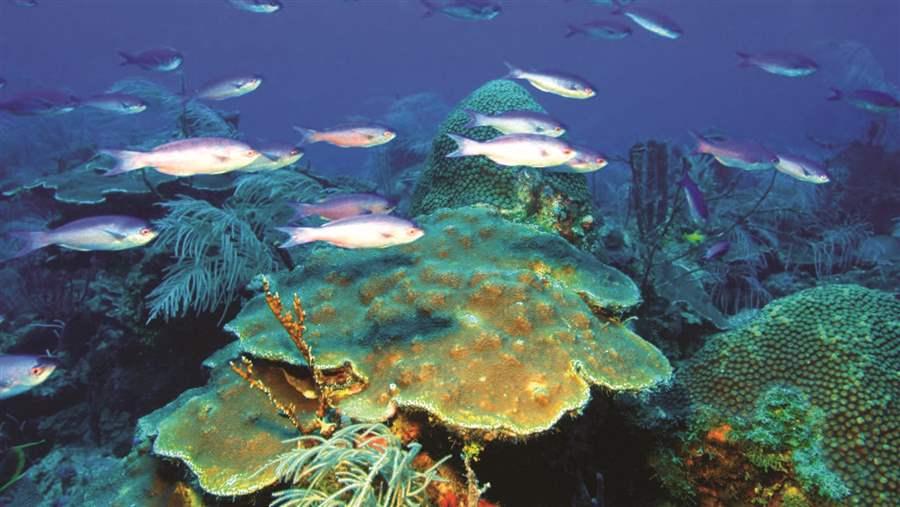