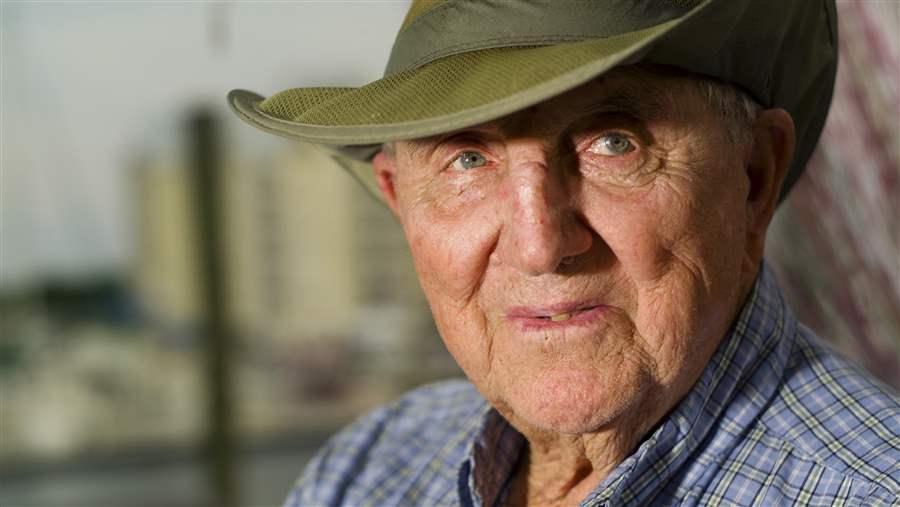 Bartholomew “Buster” Niquet, a fisherman from Panama City, Florida, experienced the downturn of red snapper and the fishing restrictions that were put in place to help the species recover, and he thinks the short-term sacrifices for long-term gains were worth it.

Fishing for Gulf of Mexico red snapper used to be red-hot, but that was decades ago. Just ask Bartholomew “Buster” Niquet. He started as a deck hand on a party boat out of Panama City, Florida, in the 1950s and later became captain. His clients would load up on every trip with hundreds of pounds of red and vermilion snapper, porgies, and red and gag grouper. Banner days were a dime a dozen.

According to Niquet, new technologies such as GPS navigation systems and fish finders “made everyone an instant expert.” Bigger, faster boats could run farther and fish longer. Fishermen could easily return to the exact location of their newfound hot spots and catch as many red snapper as they wanted. They traded map coordinates like baseball cards. Not surprisingly, fishermen of all stripes were catching and keeping Gulf red snapper faster than the fish could reproduce. Niquet knew that didn’t bode well for future generations. And in the late 1980s, the fishery collapsed: Snapper numbers fell to dangerously low levels, so eventually less than 5 percent of a healthy stock remained. This once-abundant population had been fished so hard that Niquet and many others wondered if it would ever bounce back.

In recent years, several factors have contributed to improvements in Gulf red snapper populations. The Gulf of Mexico Fishery Management Council finally acted strongly in 2007 when it lowered allowable red snapper catch from 9 million pounds to about 6 million, and then again in 2008 when it dropped the limit to 5 million pounds. Such drastic cuts were needed because overfishing had not been adequately addressed sooner. 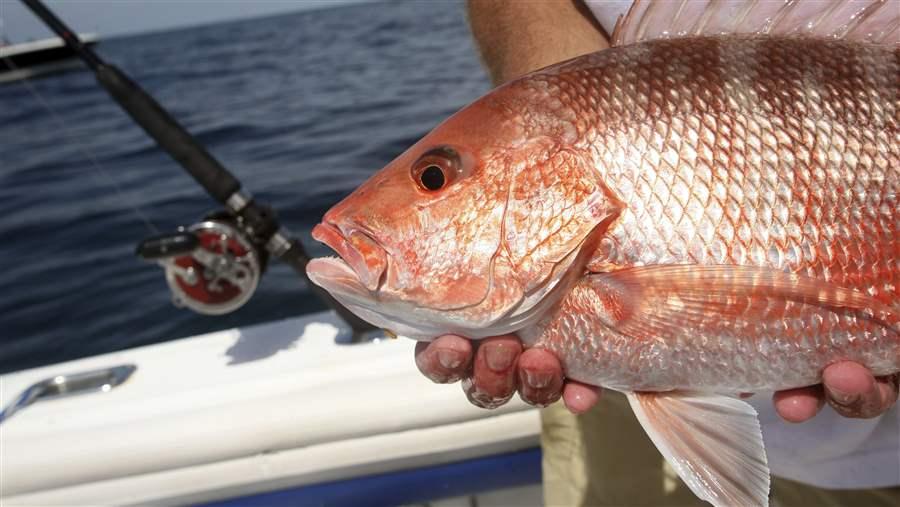 In addition, managers dramatically reduced numbers of young red snapper killed in shrimp trawls—one significant cause of red snapper’s decline. The new measures, along with several hurricanes that decimated the shrimp industry, combined to speed red snapper’s initial recovery. In 2007, fishery managers implemented a science-based rebuilding plan and started a program that included limits for individual commercial red snapper fishermen. Niquet and others had to abide by restrictions on the number of red snapper they could catch each year.

Gulf red snapper are finally rebounding. But Niquet cautions that all engaged stakeholders must remain dedicated to recovery efforts and that fishermen, both commercial and recreational, must not exceed their catch limits. He admitted that the restrictions were tough, but the short-term sacrifices for long-term gains seem to be paying off. According to Niquet, “Gulf red snapper have really come back stronger now.”

Although red snapper's progress toward recovery is encouraging, full recovery takes time. The population is in year 14 of a 27-year rebuilding plan. The hallmarks of a healthy population are increasing numbers of bigger fish and a broad range of ages. Red snapper can live past age 50, but the latest studies indicate that too few are older than 10—the beginning of the species’ best spawning years, when fish produce exponentially more viable eggs than do their younger counterparts. Congressional proposals that would relax conservation standards could reverse recent progress and bring a return of the overfishing that decimated this population.

Congress should instead ensure that this species stays on the road to recovery. By incorporating big-picture fisheries management, decision-makers and fishery managers can, among other things, help reduce bycatch levels of Gulf red snapper and protect important fish habitat from destructive fishing practices. According to Niquet, it’s critical to preserve and even create additional places where Gulf red snapper eat, breed, and hide from predators.

The Magnuson-Stevens Act is approaching its 40th anniversary and could use an update. It’s time for a new focus in fisheries management. Click here to learn more.

Keeping Gulf Red Snapper on the Road to Recovery

In 2007, the Gulf of Mexico Fishery Management Council implemented a rebuilding plan for red snapper that included scientifically sound catch limits to put this treasured fish on the road to recovery.