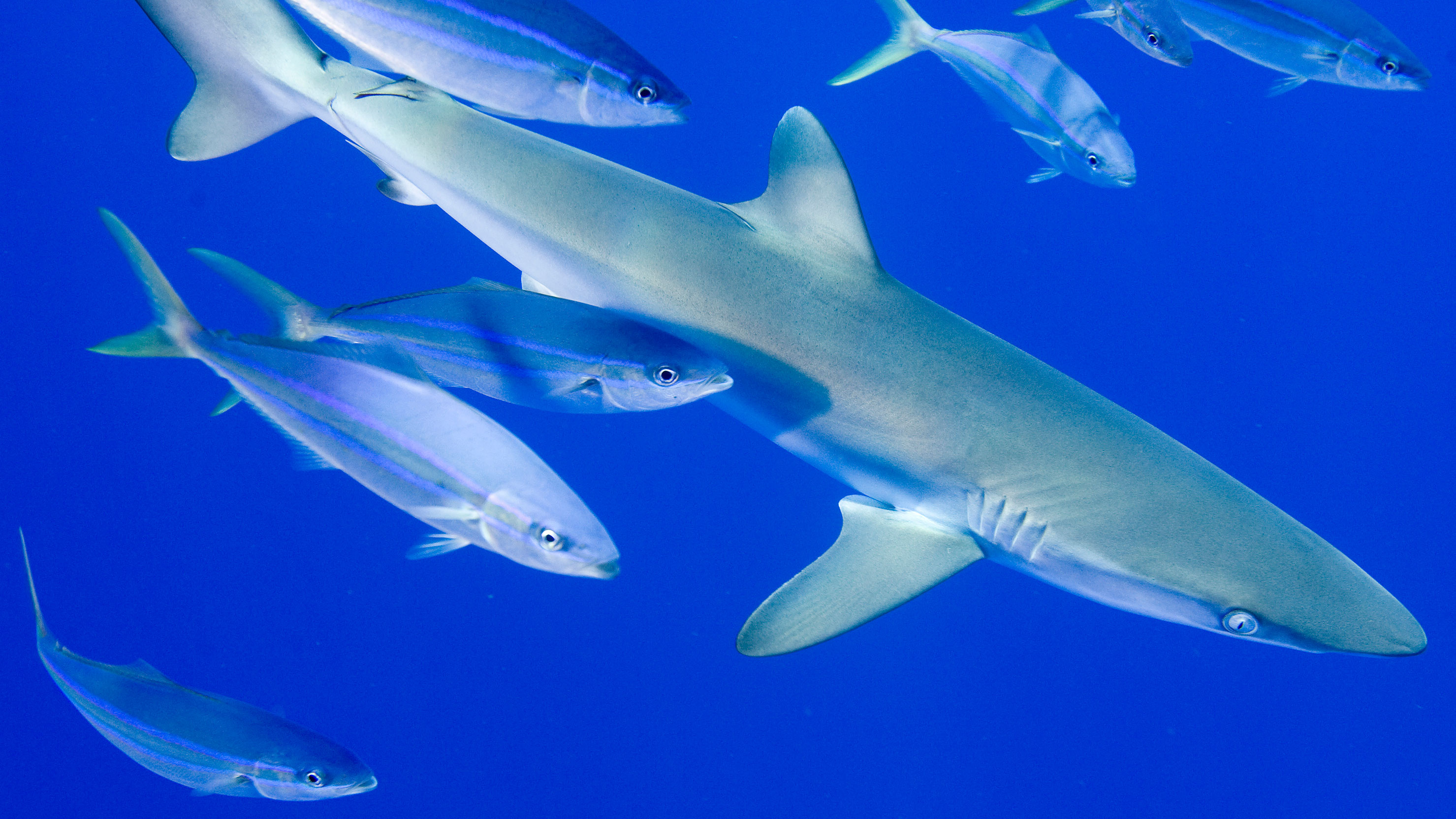 A silky shark swims near a fish aggregating device in the Pacific Ocean.

When the Inter-American Tropical Tuna Commission (IATTC) meets in Guayaquil, Ecuador, from June 29 to July 3, member nations will have a chance to enact measures that could help bring two apex predators of the eastern Pacific Ocean back from the brink.

The Pacific bluefin tuna is in a dire state. Its population is at just 4 percent of unfished levels, yet overfishing continues. In a 2014 stock assessment, the International Scientific Committee for Tuna and Tuna-like Species in the North Pacific Ocean (ISC) analyzed seven management scenarios for the fish. Only one predicted population growth. However, last year, catch limits in the eastern Pacific were set 20 percent higher than those recommended by the ISC, and that means the species remains in jeopardy.

This year, IATTC members must step up for Pacific bluefin tuna and follow the science. The best way to help rebuild the population is to cut the eastern catch from 3,300 to 2,750 metric tons a year—a limit that should include dead discards and recreational catch, which aren't included in current limits. If countries don’t demonstrate such a commitment to the recovery of Pacific bluefin at this meeting, international trade regulation may be needed. 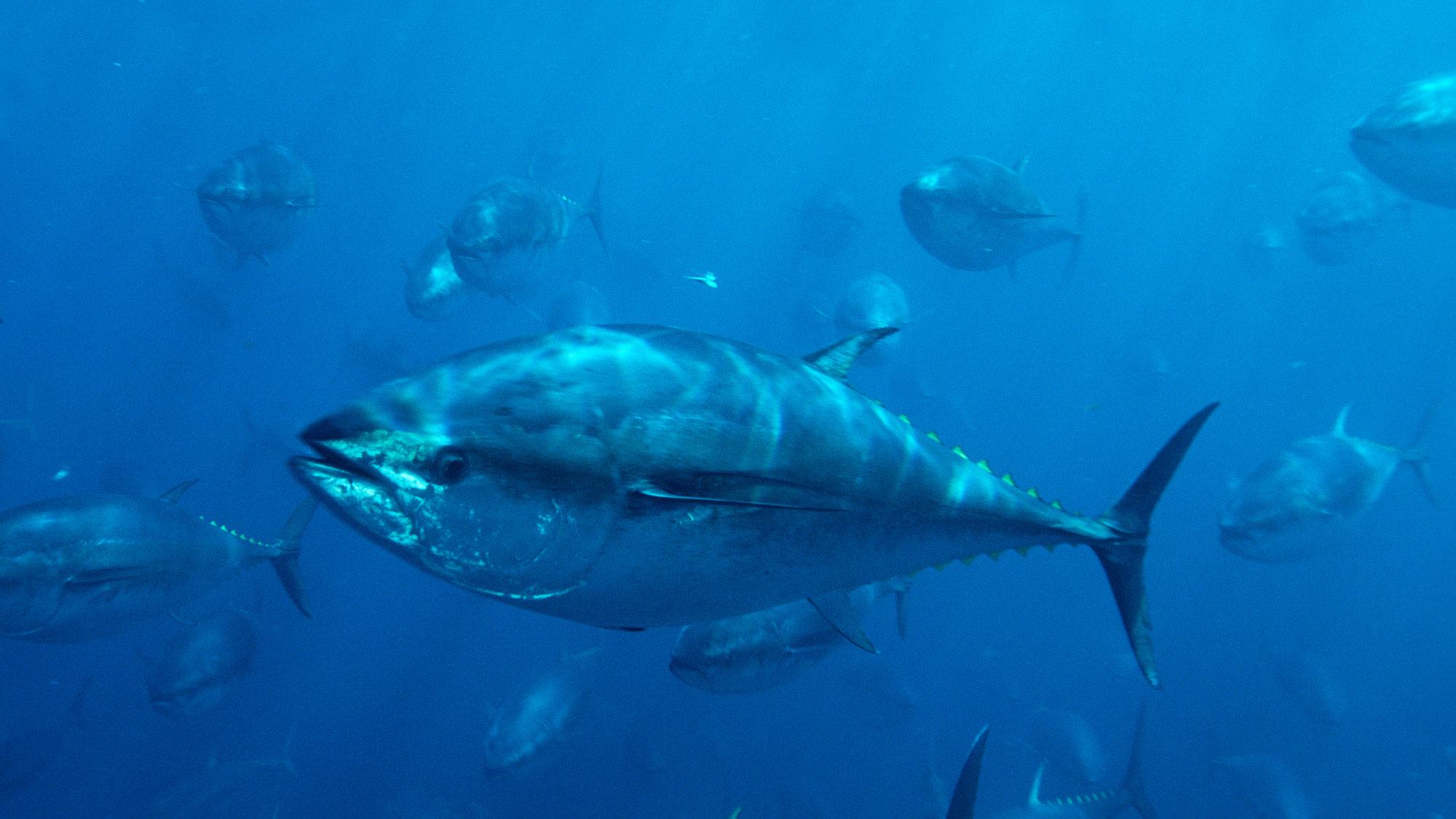 The silky shark, another important predator, is also at risk, in part because of the lack of action by the commission. The IUCN Red List of Threatened Species says that this shark is Vulnerable to extinction in the eastern-central and southeastern Pacific, the ocean territory managed by the IATTC. Recent assessments by the commission’s Scientific Advisory Committee confirm that silky sharks have suffered worrying declines in recent years.

Fishermen either target silky sharks or bring them in as bycatch from purse seine and longline vessels at a rate far higher than the sharks can withstand. These sharks are long-lived and produce few young. If overfishing continues, they will rapidly become unable to fulfill their role at the top of the marine food web.

In November 2014, the U.N. Convention on the Conservation of Migratory Species of Wild Animals listed the silky shark on its Appendix II, identifying it among the shark species most in need of conservation action. That signaled a commitment from governments to work together to protect these sharks. The IATTC can play a valuable role in this effort by banning all retention of the species.

If IATTC members do the right thing and take steps to protect the region’s predators, their actions will mean little without effective monitoring and enforcement of the measures.

One of the most cost-effective ways to combat illegal, unreported, and unregulated fishing is to increase what are known as port controls. While many countries are working to build their national port inspection programs, the IATTC has not adopted its own guidance. Strengthening and harmonizing controls on fishing vessels involved in the landing and transshipment of fish helps to keep illegal catch out of the global supply chain.

For these inspections to be most effective, all of the region’s ports need to get on board. Since some countries may not have the capacity to effectively implement measures at port, other member States should help provide financial and technical assistance.

There’s no doubt that effective management of millions of square kilometers of ocean is difficult. But it is doable. This year, once again, IATTC members have an opportunity to protect the region’s marine ecosystems by improving the conservation of top predators and ensuring compliance when vessels tie up in any of the region’s ports. By taking science-based, conservation-minded action and improving port inspections, IATTC members can show the world that they value the health, and the future, of the Pacific Ocean.