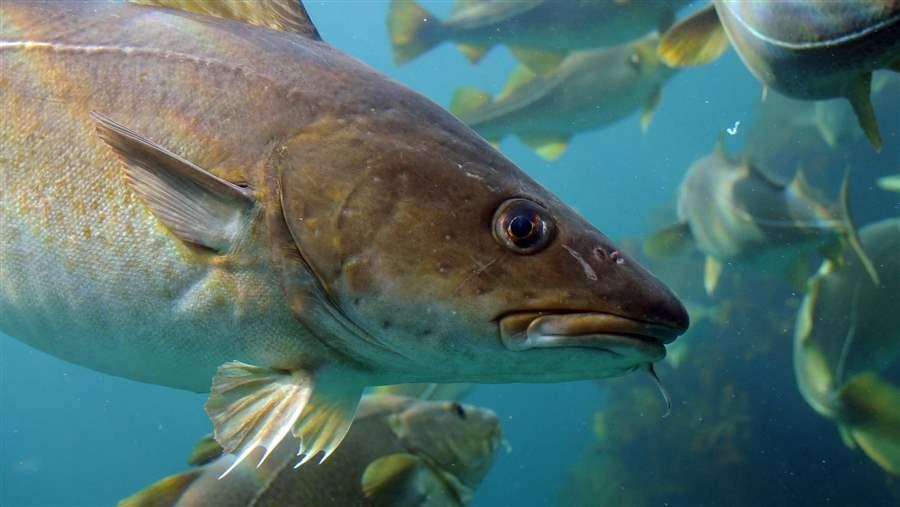 Each year, the National Oceanic and Atmospheric Administration, the agency that oversees management of the country’s ocean fishing, reports to Congress on the “status of the stocks.” It’s similar to a State of the Union address but describes the condition of the nation’s fish. The NOAA report tracks the number of fish stocks that are subject to overfishing (being caught faster than they can reproduce) and those that are overfished (having a population size that is unsustainably low). The just-released report indicates that we continue to make important headway in ending overfishing and reducing the number of overfished stocks. In addition, the agency finds that 37 once-depleted fish populations have been rebuilt to healthy levels since 2000.

However, as with a presidential State of the Union speech, the report also highlights issues that still need to be addressed. Despite the progress, stubborn problem areas remain and new threats to ocean health have emerged. To meet those challenges, the nearly 40-year-old law guiding management of our nation’s ocean fisheries, the Magnuson-Stevens Fishery Conservation and Management Act, must be modernized.

This venerable act is due for reauthorization, the process by which Congress periodically reviews and updates a law. The undertaking provides an opportunity to build on the law’s strengths and make it better suited for the future. Unfortunately, a recently introduced bill would significantly weaken the Magnuson-Stevens Act. H.R. 1335 would undermine the act’s requirement that science-based catch limits be set for a number of fish populations important to productive oceans. The proposed legislation also would create a long list of exemptions from provisions that require setting reasonable timelines for rebuilding overfished species. These are some of the very measures that have catalyzed the progress outlined in the status of the stocks report.

Lawmakers could do better by following the lessons in NOAA’s report. The region-by-region breakdown of stocks that are subject to overfishing or are overfished is especially instructive. While the country as a whole is making improvements, New England stands out for the number of fish in trouble. The region with the nation’s oldest fishing ports has the highest number of species designated as overfished or subject to overfishing. For example, New England’s iconic cod populations have collapsed, necessitating sharp limits on fishing and millions of taxpayer dollars in disaster aid to fishermen.

Sadly, the fishery management council in New England may soon act to make the situation worse. A proposal regarding protections for fish habitat would slash protected areas in these waters by roughly 70 percent. Fish need places where they can find food and shelter, grow, and reproduce—especially when those fish are struggling to rebound from severe depletion.

A modernized Magnuson-Stevens Act should emphasize the role of fish habitat and other elements of strong and vibrant ocean ecosystems that help fish thrive. This vision is possible with a “big picture” approach called ecosystem-based fishery management. This kind of management gives greater consideration to things such as ocean habitat, the status of prey species that sustain ocean food webs, and ways to make use of the best available science on how fish interact in their ocean environment.

The NOAA report calls this approach “central” to the agency’s mission to sustainably manage fisheries. It notes that fishery management councils are already implementing these methods in some form. Still, a more concerted effort is required to ensure the long-term biological and economic benefits of sustainable fish populations.

Congress has the opportunity to greatly accelerate that process and give managers the tools and incentives to put the best science to work. An updated Magnuson-Stevens Act that advances a big picture approach to fisheries management would go a long way toward making sure that the status of the nation’s fish stocks continues to strengthen.