In late 2014, Australia’s government announced that it had suspended its world-leading network of marine sanctuaries and would review both the science and the initial arguments behind the network’s designation—despite more than 10 years of scientific assessment and 750,000 submissions in support of high numbers of sanctuaries.

“The 2012 decision to create the world’s largest network of marine sanctuaries was based on extensive scientific assessment and consultation,” said Michelle Grady, The Pew Charitable Trusts’ Australian oceans director.

“Any review is an opportunity for improvements,” said Grady. “However, if scientific evidence of the benefits of sanctuaries is not respected and the voice of coastal communities is ignored, we jeopardise the nation’s proud bi-partisan history of safeguarding the marine environment. This would place some of the world’s most rare and iconic species at risk.”

The suspension of the new network of sanctuaries was met with dismay from a wide range of Australians. Fishermen, divers, local business owners, and scientists widely supported these networks, not only because they safeguard marine life, but also because they support jobs and help drive economic growth.

A new film, “The Sea & Me,” supported by Pew, documents established successes around Australia, places where world-class conservation and recreation have been working hand in hand. 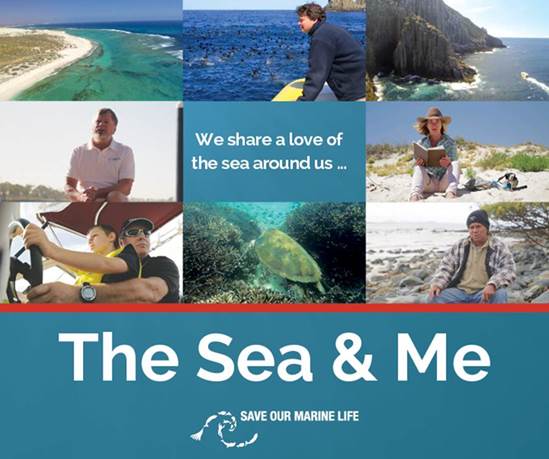 The film includes breathtaking footage of the extraordinary seas and marine life surrounding Australia and takes an in-depth and personal look at the inspiring people who look after our oceans. The movie also explores communities that have had marine sanctuaries for up to 20 years, places such as Western Australia’s Ningaloo Reef, Tasmania’s Maria Island, and the Great Barrier Reef.

“The Sea & Me” is being screened across Australia—from Sydney and Cairns to Broome, Fremantle and Adelaide—to capacity crowds. So far more than 14,000 people have expressed to the federal government, via the Save Our Marine Life website, support for our sanctuaries and their role as caretakers of our unique oceans.

“The reaction to ‘The Sea & Me’ has been overwhelming,” Grady said. “People appreciate seeing how communities around the nation are approaching marine protection so they can compare and reflect on their own experiences. Viewers keep telling us that marine sanctuaries play a major role in their communities and that an inclusive, positive dialogue around the future of the ocean’s safe havens for marine life is well overdue.”

You can view the film, along with several shorter vignettes here.