The U.S. Department of the Interior has proposed a suite of Arctic technology and equipment standards for offshore oil and gas exploration. These draft rules are the first of their kind for the Arctic and will set a minimum standard for exploration drilling in this area.

"This proposed rule demonstrates a significant commitment by the Department of Interior to improve drilling safety and oil spill prevention in the Arctic,” said Marilyn Heiman, director of Pew’s U.S. Arctic project. “Pew does not oppose offshore drilling, but we believe world-leading standards must be in place in the challenging, remote, and vulnerable Arctic Ocean. These rules will provide greater certainty for the companies operating in the Arctic and  help protect the people and wildlife that live there." 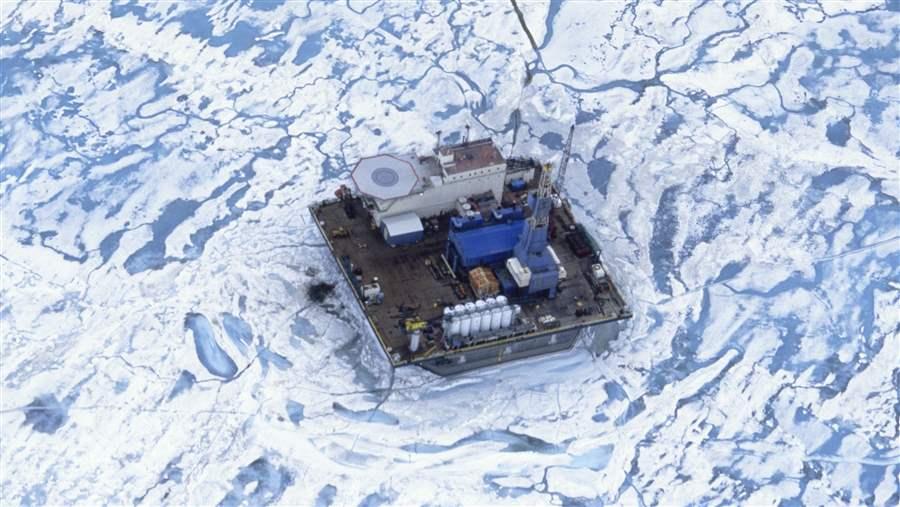 Offshore Drilling in the Arctic

Vessels, drilling rigs, and associated facilities should be built to withstand the maximum possible ice forces and sea states found in the Arctic.

These draft rules have been under development for years, in response to an increasing focus among policymakers, energy companies, and other stakeholders on energy exploration in the Arctic. In August 2012, the Ocean Energy Safety Advisory Committee concluded that U.S. regulations needed to be modernized to include Arctic-specific standards to prevent, contain, and respond to spills quickly and effectively. In March 2013, the interior secretary released a formal review of Shell’s 2012 Alaska offshore oil and gas exploration program. The report identified several problems Shell encountered during the drilling season that should be remedied. 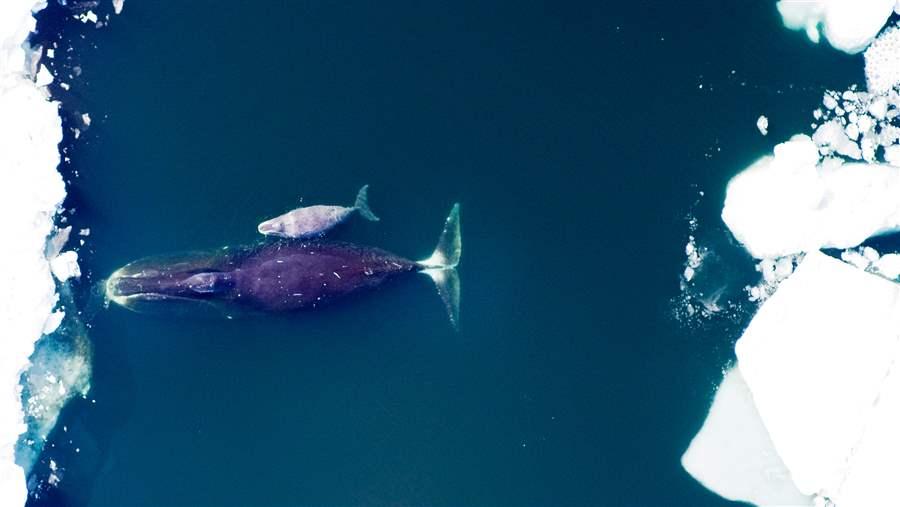 Life in the Arctic

The Arctic Ocean is home to bowhead, beluga, and gray whales; walruses; polar bears; and other magnificent marine mammals, as well as millions of migratory birds. A healthy ocean is important for these species and integral to the continuation of hunting and fishing traditions practiced by Alaska Native communities for thousands of years. Here a bowhead mother and calf swim in the Arctic Ocean.

In September 2013, Pew issued its report Arctic Standards: Recommendations on Oil Spill Prevention, Response, and Safety in the U.S. Arctic Ocean as a guide for policymakers on safer and more responsible drilling. Highlights of the roughly 80 recommendations include:

Pew is not opposed to offshore drilling but believes a balanced and careful approach to development must account for environmental protection and the social, cultural, and subsistence needs of Alaska communities.

The Challenging and Remote Arctic

Key challenges in the U.S. Arctic Ocean, and recommendations for handling them.

The Challenging and Remote Arctic

Industrial development in the Arctic Ocean comes with the risks of operating in some of the harshest conditions and most remote locations on the planet.&nbsp; In February 2015, the federal government proposed new rules for offshore oil and gas companies to improve safety and prevent spills. Here are some of the key challenges in the U.S. Arctic Ocean, and Pew&rsquo;s recommendations for handling them.