Industrial development in the Arctic Ocean comes with the risks of operating in some of the harshest conditions and most remote locations on the planet.

In February 2015, the federal government proposed new rules for offshore oil and gas companies to improve safety and prevent spills. Here are some of the key challenges in the U.S. Arctic Ocean, and Pew’s recommendations for handling them. 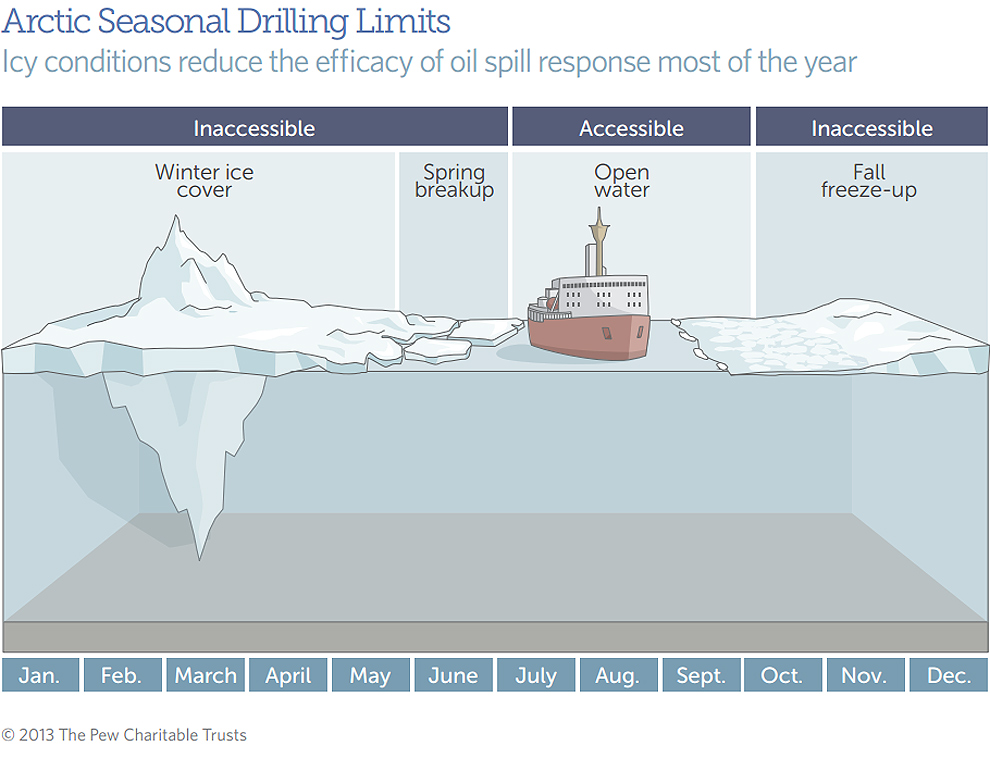 The Arctic Ocean is ice-covered for eight to nine months of the year, with almost complete darkness for nearly three of those months. Even during the summer when the ice pack has mostly receded, the Arctic still experiences high seas, wind, freezing temperatures, dense fog, and floating ice hazards. Oil spill response techniques are substantially less efficient during the spring ice breakup, the fall ice freeze-up, and when oil is trapped under ice. 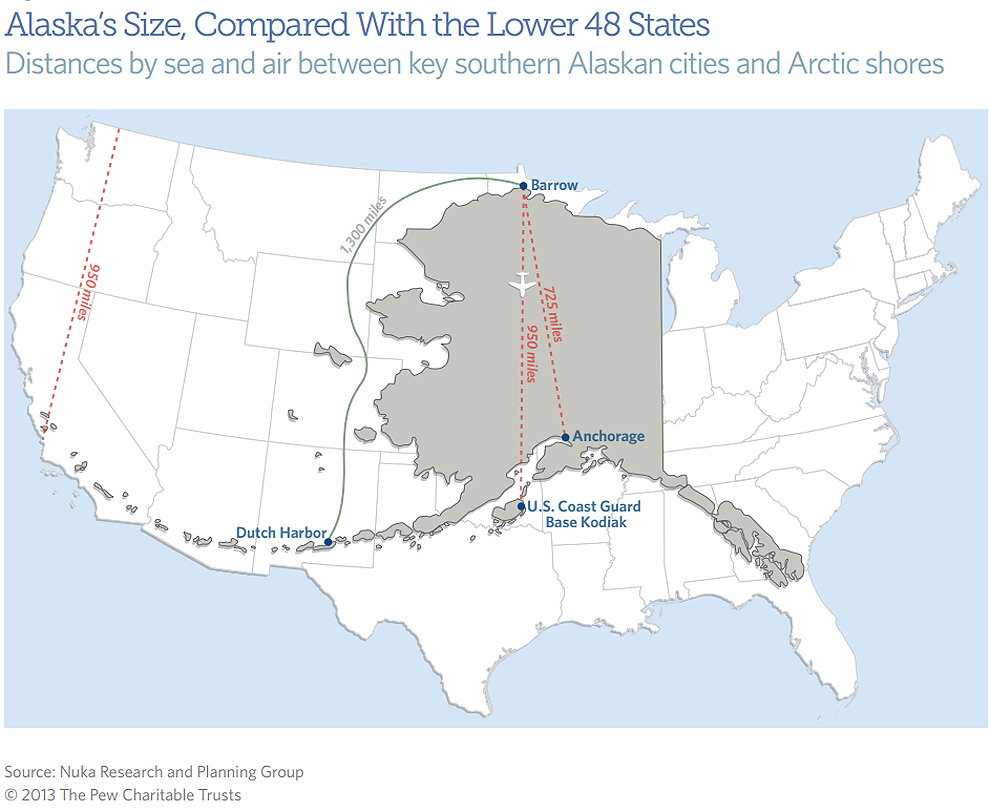 The nearest U.S. Coast Guard base for the Arctic is in Kodiak, more than 950 miles away by air and even further by water. The nearest major port, Dutch Harbor, is over 1,000 miles away. Sailing from Dutch Harbor to Barrow, Alaska, a village on the Arctic coast, is comparable to transiting the entire West Coast of the United States. In the event of an accident, inadequate infrastructure and punishing weather could seriously delay the arrival of additional vessels, equipment, people, or other help.