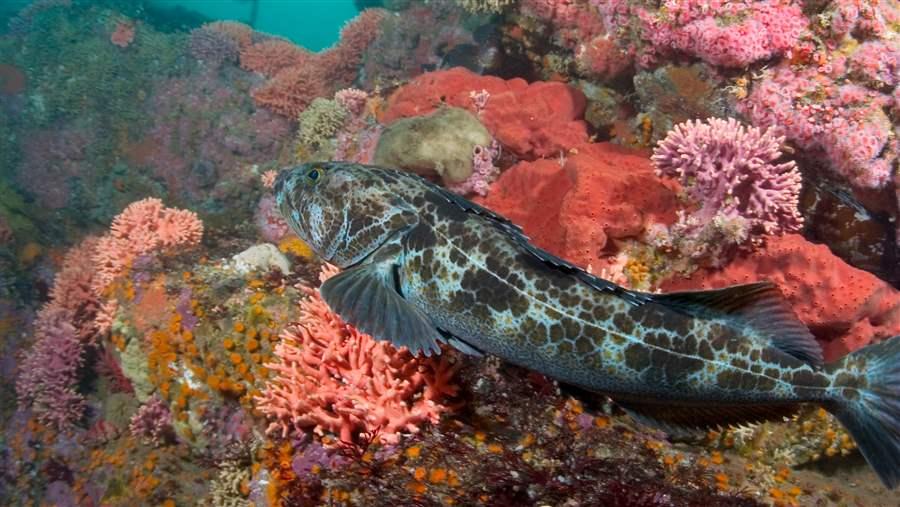 A lingcod (Ophiodon elongatus) within coral habitat off the coast of California.

By all accounts, Kawika Chetron was a great photographer who died too soon.

When he disappeared while diving off the Northern California coast in March 2007, Kawika left us with images that reflect his deep appreciation of the amazing world that lies beneath the ocean’s surface along the U.S. West Coast. He braved the powerful currents and bracing temperatures to reach places that are rarely visited and seldom photographed.

This inaccessibility is unfortunate because if we want to conserve the ocean's vital seafloor habitat, the first step is to understand and be able to visualize the places we want to protect. That’s why the life and photographs of Kawika Chetron are so important.

Look closely at the images, and it’s impossible to miss the inseparable connection between the fish and the habitat surrounding them: The seafloor teems with life, including lingcod and China rockfish that seem custom-suited to blend in with many of the delicate corals and sponges nearby. It’s clear that groundfish thrive with an intact seafloor habitat. If we fail to take care of it, we can expect to pay a price through the loss of these species that buoy coastal fishing and tourism economies. 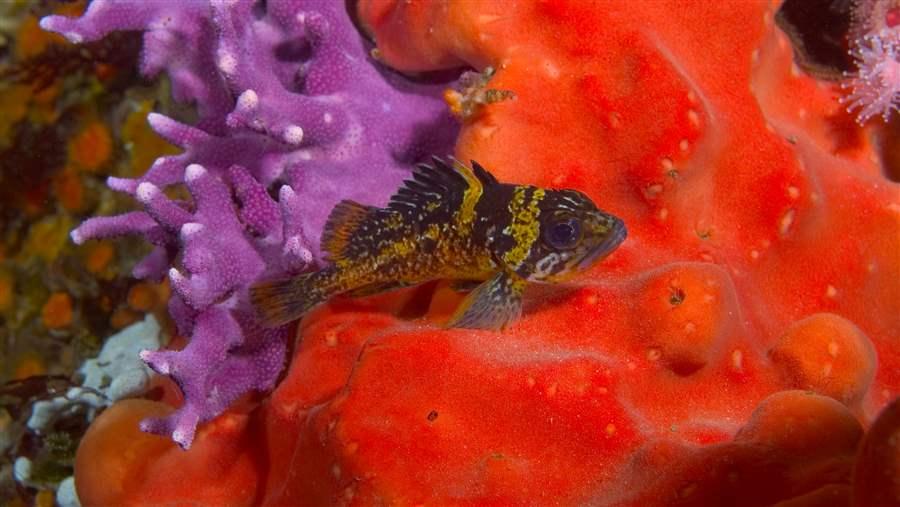 A young China rockfish (Sabastes nebulosus) nestled within a colony of California hydrocoral (Stylaster californicus) and an unidentified red sponge.

Bottom trawling, which involves dragging large nets along or near the ocean floor, represents one of the biggest threats to the habitat fish need to feed, grow, and spawn. “Fishing operations, particularly bottom trawling, pose the most immediate and widespread threats to deep coral communities,” according to a 2007 report by the National Oceanic and Atmospheric Administration that, for the first time, described deep-sea coral ecosystems throughout U.S. ocean territory.

With his mother’s permission, two of Kawika’s photographs are featured prominently in the accompanying brochure laying out the case for conserving more of the seafloor along our coast.

It’s been eight years since the Pacific Fishery Management Council last updated the current designation and protection of groundfish habitat along the coasts of California, Oregon, and Washington. Since then, fishery managers and scientists have learned a lot more about the disruptive effects of fishing gear on the seafloor. We believe it’s time for another update, to protect more of the kind of places that Kawika captured so vividly through his lens. His photographs provide a glimpse into an underwater world that’s out of sight for all but a few, yet is every bit as remarkable as any old-growth forest on land.

Thanks to the fortitude and skill of Kawika Chetron, all of us now have special insight into the quiet forest hidden beneath the frigid Pacific.

To see more of Kawika’s work, visit http://www.coldwaterimages.com. It’s well worth a look.

An amazing world lies beneath the ocean surface off the West Coast of the United States. Close to shore kelp forests shelter and nourish young groundfish and also attract an abundance of small, schooling forage fish. Farther out, dozens of species of groundfish live within the rocky reefs, canyons, and deep-water corals and sponges that characterize the relatively narrow continental shelf and its steep slopes. Beyond that lie the deep and mysterious abyssal plains, revealing new discoveries with every exploration.