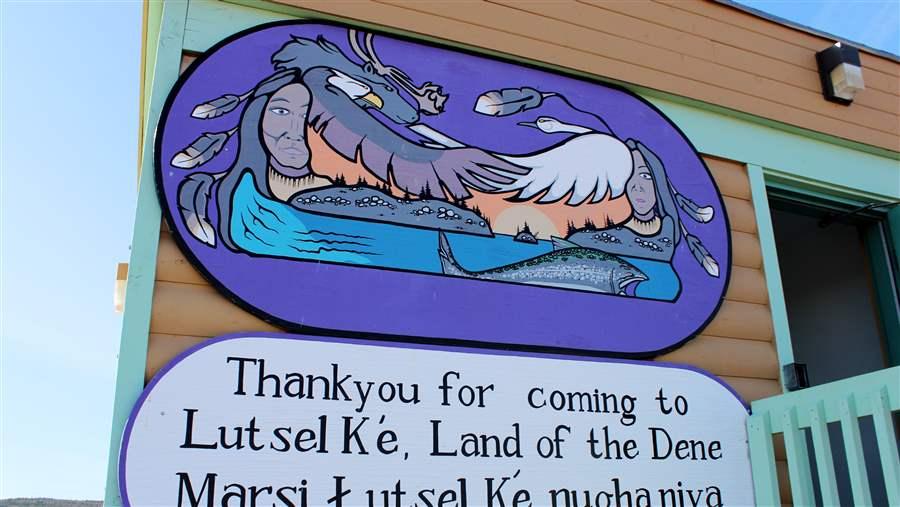 Lutsel K'e is a village of 350 people in the boreal forest region of Canada's Northwest Territories.

Perched on the rocky shores of Great Slave Lake in Canada’s boreal forest wilderness, the tiny aboriginal village of Lutsel K’e is—literally—half a world away from the vast arid landscape of Australia’s Outback.

But the Dene people who call Lutsel K’e home share a common bond with the indigenous residents of the Australian interior.

The Dene conservation ethic has been shaped over centuries, and their community is fast becoming a model—in Canada and internationally—for indigenous land stewardship that recognizes the importance of cultural traditions and practices.

Representatives from Lutsel K’e will join a First Nations delegation from Canada invited to the conference as leaders in aboriginal land management.

In preparation, an Australian contingent including representatives of Dhimurru land management from Australia’s tropical North East Arnhem region will visit Canada from Nov. 4 to 6 to meet with leaders from Lutsel K’e, members of several other Canadian aboriginal communities, and officials from the government of the Northwest Territories. 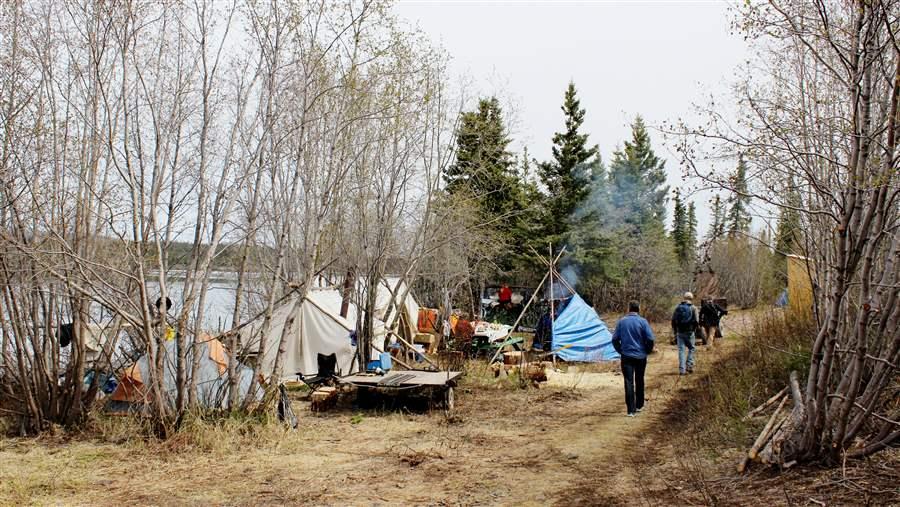 A traditional hide tanning camp is on the shores of Great Slave Lake.

The Australians’ stay in Canada will include stops in Lutsel K’e and Yellowknife, the capital of the Northwest Territories.

Two years ago, members of Australia's Indigenous Rangers program made a nine-day trip to Canada to promote the country’s Indigenous Protected Areas, and the extensive Indigenous Ranger program, a potential model for how First Nations in Canada can manage their traditional lands.

Since the initial Australian visit in 2012, there’s been a growing effort to establish similar First Nations-managed protected areas in Canada. In 2013, Lutsel K’e Dene First Nation initialed a framework agreement with Canada’s federal government to jointly manage Thaidene Nene (which in Dene means “Land of the Ancestors”).

The draft deal recognizes Dene authority and would ensure that traditional cultural and environmental practices inform its operations. 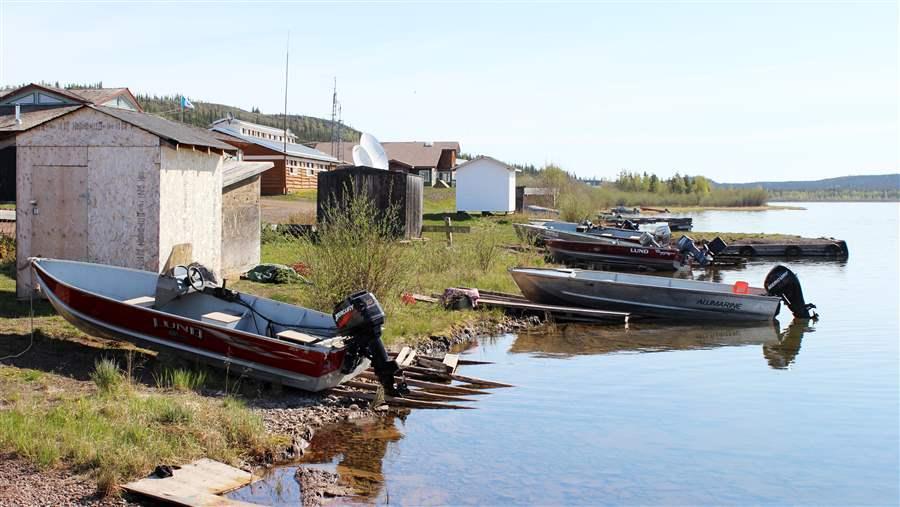 A significant component of the Thaidene Nene plan is the creation of a “Watchers of the Land” program, in which First Nation members are trained as stewards to protect the ecological and cultural integrity of sacred Dene sites within the proposed park. The mandate of these Dene “watchers” is similar to that of the Australian Indigenous Rangers. It includes providing interpretative tours for visitors, and passing on cultural and scientific knowledge to other members of the community.

The Lutsel K’e Dene, the Canadian government, and the government of the Northwest Territories are negotiating final boundaries and shared responsibilities for Thaidene Nene. The land is being protected from development while the deal is being finalized.

“The Australians bring the perspective of a successful on-the-land program, both in terms of Indigenous Rangers programs and indigenous protected areas through partnerships supported in part by government.”

Patrick O’Leary, conservation partnership manager with Pew’s Outback Australia campaign, said the IPAs in his country support the desire of indigenous peoples to express their culture and manage their lands. He said they also provide employment and training to communities that are economically disadvantaged.

In Canadian aboriginal communities such as Lutsel K’e, the First Nations-managed national park would also provide economic opportunities similar to those that have benefited Australia’s indigenous peoples.

“They build on the existing strengths of communities, and reinforce knowledge and practices that have been successful for thousands of years,” concluded the Aboriginal Leadership Initiative’s Innes. “It’s time that Canada fully embraced these models on a national scale.”