Large-scale—and sometimes long-term—power outages caused by storms, excessive demand, and even cyberattacks on the grid have brought renewed attention to the reliability of the electricity system, especially mission-critical operations such as health care.

CHP technologies provide electricity, mechanical power, and thermal energy by capturing heat that is otherwise wasted during electricity generation. They produce heat and energy from a single fuel source and are known as “distributed power” because they generate power in the location where it is used independent of the grid. This protects businesses and institutions from unexpected power outages.

Also known as “island-ability,” CHP systems produce electricity and heating or cooling even when the power is out and are critical to maintaining business and humanitarian operations. This makes CHP systems vital components of contingency planning and operational resiliency.

CHP can effectively contribute to resiliency planning for critical infrastructure and other facilities. Critical infrastructure refers to assets, systems, and networks that, if incapacitated, would have a substantial negative impact on national or regional security, economic operations, or public health and safety. These facilities and operations include hospitals, nursing homes, military installations, police and fire stations, and water treatment facilities.

Nationwide, many hospitals have already deployed CHP to support institutional goals including energy resiliency and emergency preparedness. Those equipped with the highly efficient systems can: 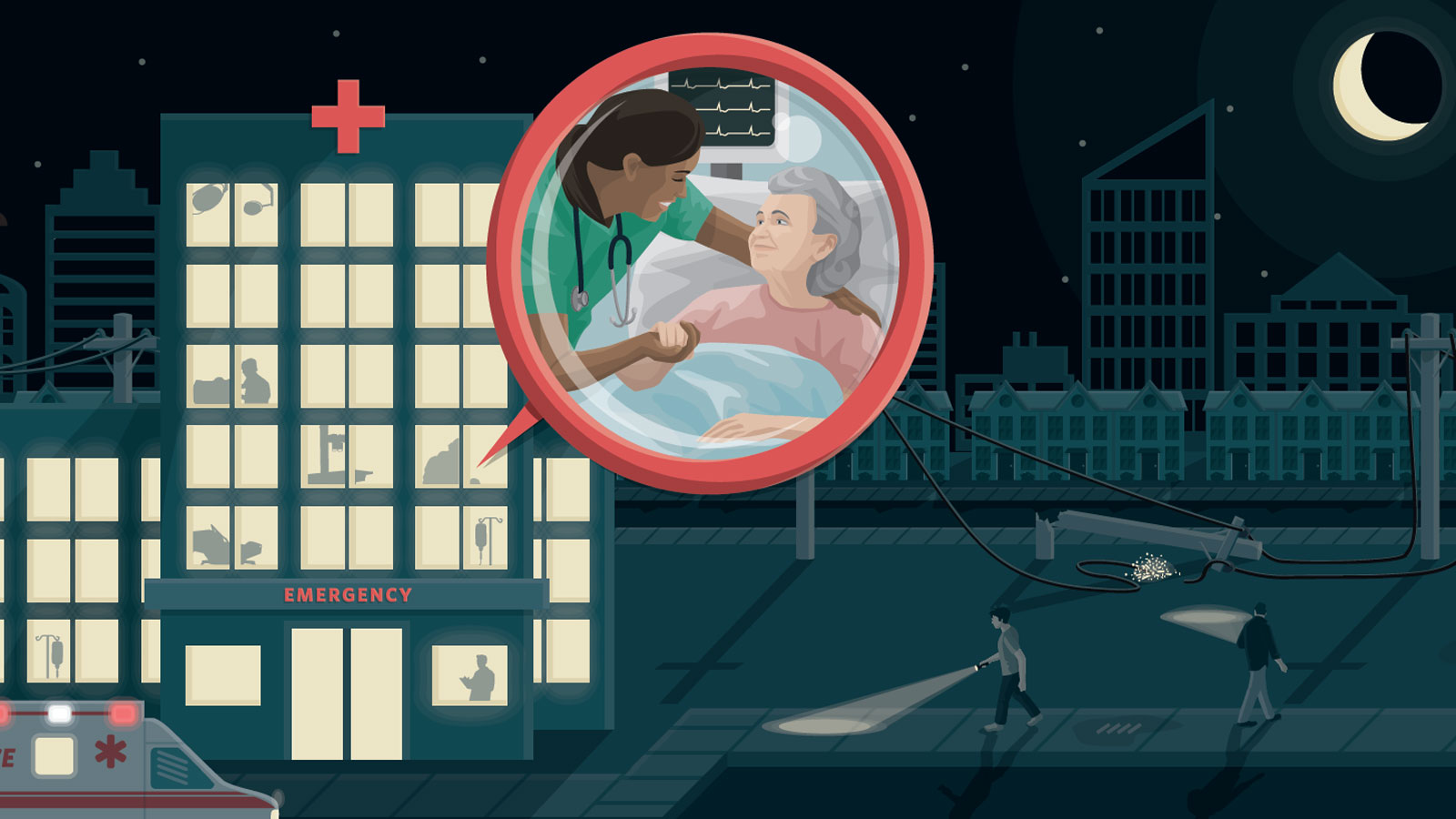 Protecting the electric grid is a key part of the nation’s defense against severe weather and security events. After Superstorm Sandy, President Barack Obama’s Hurricane Sandy Rebuilding Taskforce identified CHP as an approach to significantly increase community resiliency. In the Northeast, Mid-Atlantic, Texas, and Louisiana, hurricane damage has been a catalyst for the adoption of policies that evaluate the potential role CHP systems can have in maintaining operations of critical infrastructure.

Recognizing the benefits and opportunities of CHP, Obama signed an executive order in 2012 creating a goal of 40 gigawatts of new, cost-effective CHP by 2020.

With CHP’s ability to help withstand blackouts, the technology should be encouraged in all facilities and buildings that provide critical services to communities.

“The broad appeal of combined heat and power and industrial efficiency led to several bipartisan legislative proposals in the last Congress. We need to build on this momentum,” says Phyllis Cuttino, director of Pew’s clean energy program. Government policies need to expand tax and other incentives to further reduce the cost of CHP deployment and encourage greater use of on-site power generation. With a few small changes, Congress could make the tax credit more accessible, resulting in greater investment in CHP systems and improved protection for some of our most at-risk people when the power goes out.”

The Power Efficiency and Resiliency (POWER) Act, introduced June 19, 2014: This legislation would increase to 30 percent the tax incentive for industrial energy efficiency systems such as CHP; add waste heat to power, or WHP, as a qualifying technology; and remove size and capacity restrictions on new installations. The bill also would ensure that highly efficient technologies receive the same tax treatment as other forms of alternative and renewable power.