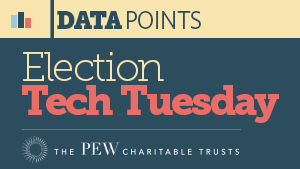 Political parties lag behind commercial businesses in their use of data for targeted communications, but new digital projects are developing partisan tools to reach potential voters. Para Bellum Labs is the newly launched, in-house technology incubator for the Republican National Committee (RNC). The venture has developed five integrated tools to identify likely Republican voters based on real-time information and to use those data to contact those voters and get them to the polls.

The RNC’s precinct captains and volunteers will update and share data through RNC Beacon, the voter relationship management system, and communicate with voters using the organization’s new canvassing app, which connects to the RNC’s database using the RNC Dynamo Application Programming Interface. RNC Dynamo syncs with Facebook and specialized mobile apps used by campaign volunteers working on voter outreach. OneData is the most comprehensive RNC voter file to date, with 18 years of voter contact history, demographic information, and third-party contacts.

The RNC is also targeting voters with Foresight, a scoring system and predictive analytics engine. The system ranks people in the party’s database according to their propensity to vote. Republican committees and campaigns then utilize RNC Control Panel—a data reporting interface—to make real-time decisions, such as where to deploy resources.

Para Bellum Labs plans to hold hackathons later this year to recruit talent and is collaborating with a variety of groups, including students and Silicon Valley developers.