An article published May 13, 2014, in the journal Nature Communications provides the first global analysis of coral reefs' role in reducing risk from natural hazards such as storms, flooding, and erosion. The study, led in part by Pew marine fellows Michael Beck of The Nature Conservancy and Fiorenza Micheli of Stanford University's Hopkins Marine Station, reveals that coral reefs provide significant protection and decrease wave energy by an average of 97 percent. Nearly 200 million people living near coasts worldwide may benefit from the risk reduction provided by reefs, or they may bear the costs if reefs are destroyed or degraded. The research indicates that restoration and conservation of coral reefs can cost-effectively help mitigate risk. 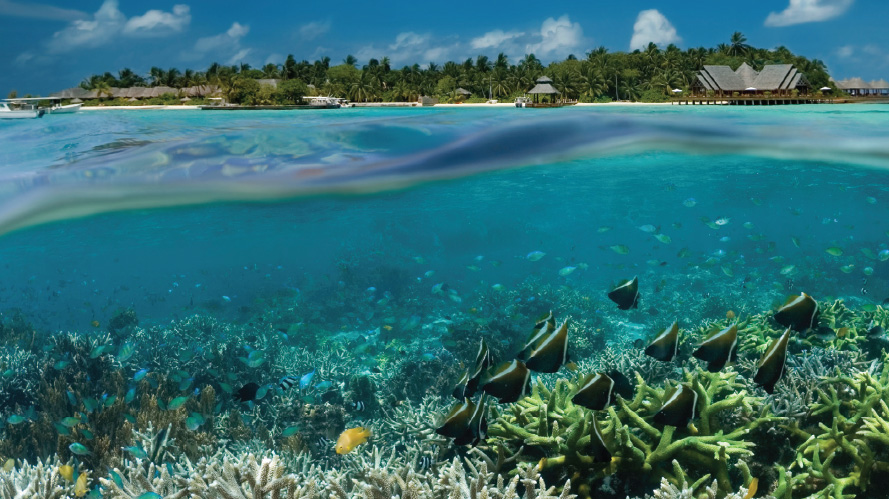 The authors compared typical wave height reductions between coral reefs and comparable artificial structures (such as low crested submerged breakwaters) and found that reefs offer benefits comparable to these artificial structures. The researchers indicate that restoring and conserving reefs can be a cost-effective approach for enhancing first-line coastal defenses. 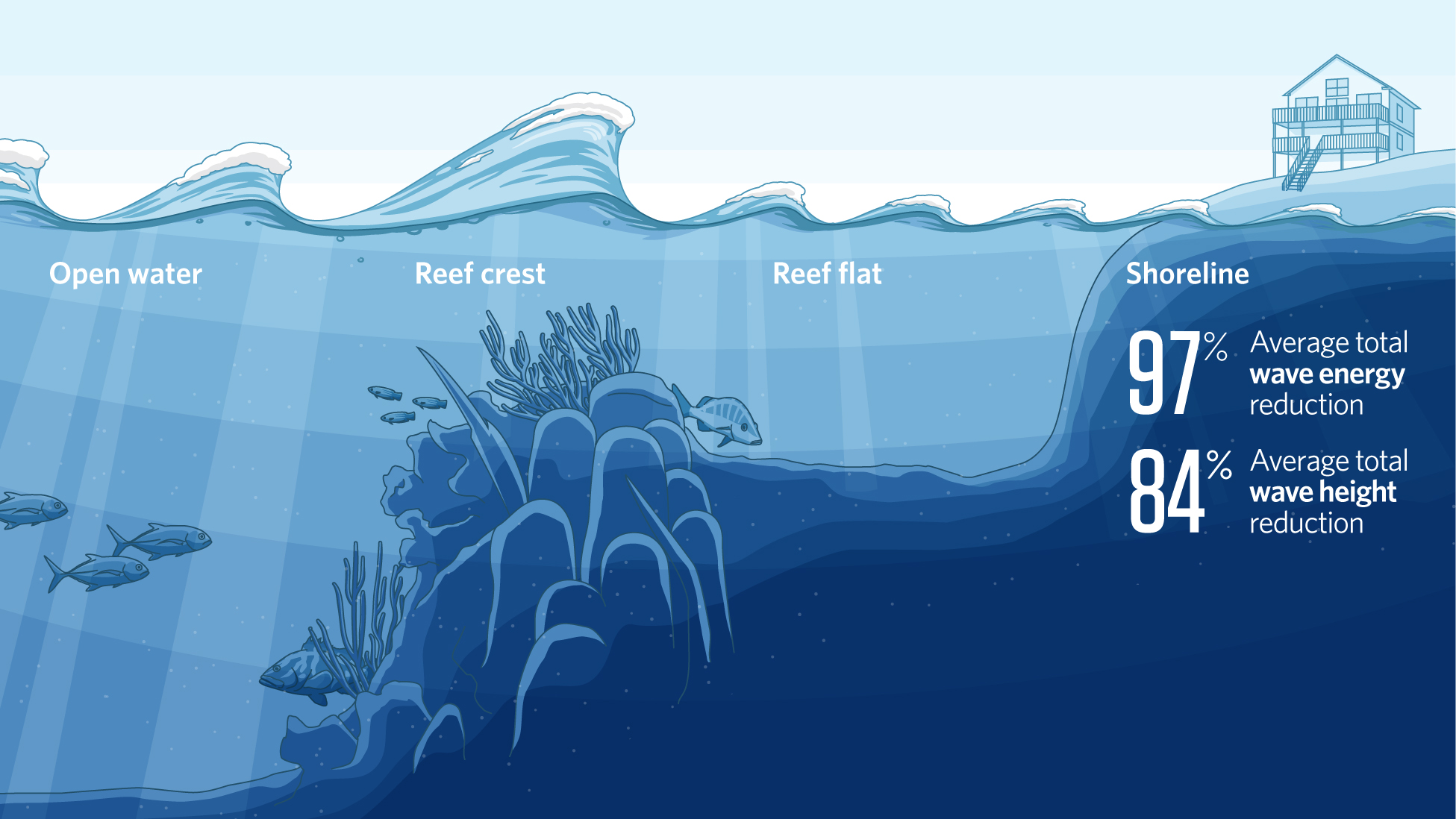 Coral reefs benefit many: Up to 197 million people living along coasts worldwide may benefit from the risk-reducing effects of coral reefs. This number represents those living at elevations below 10 meters (11 yards) and within 50 kilometers (31 miles) of reefs.

The study highlighted the top 15 countries where coral reefs may provide the greatest protection, based on the number of people living along coasts at low elevations and within proximity to reefs. These 15 countries, with a combined at-risk population of 163 million are:

Click here to read the official press release from USGS and The Nature Conservancy.