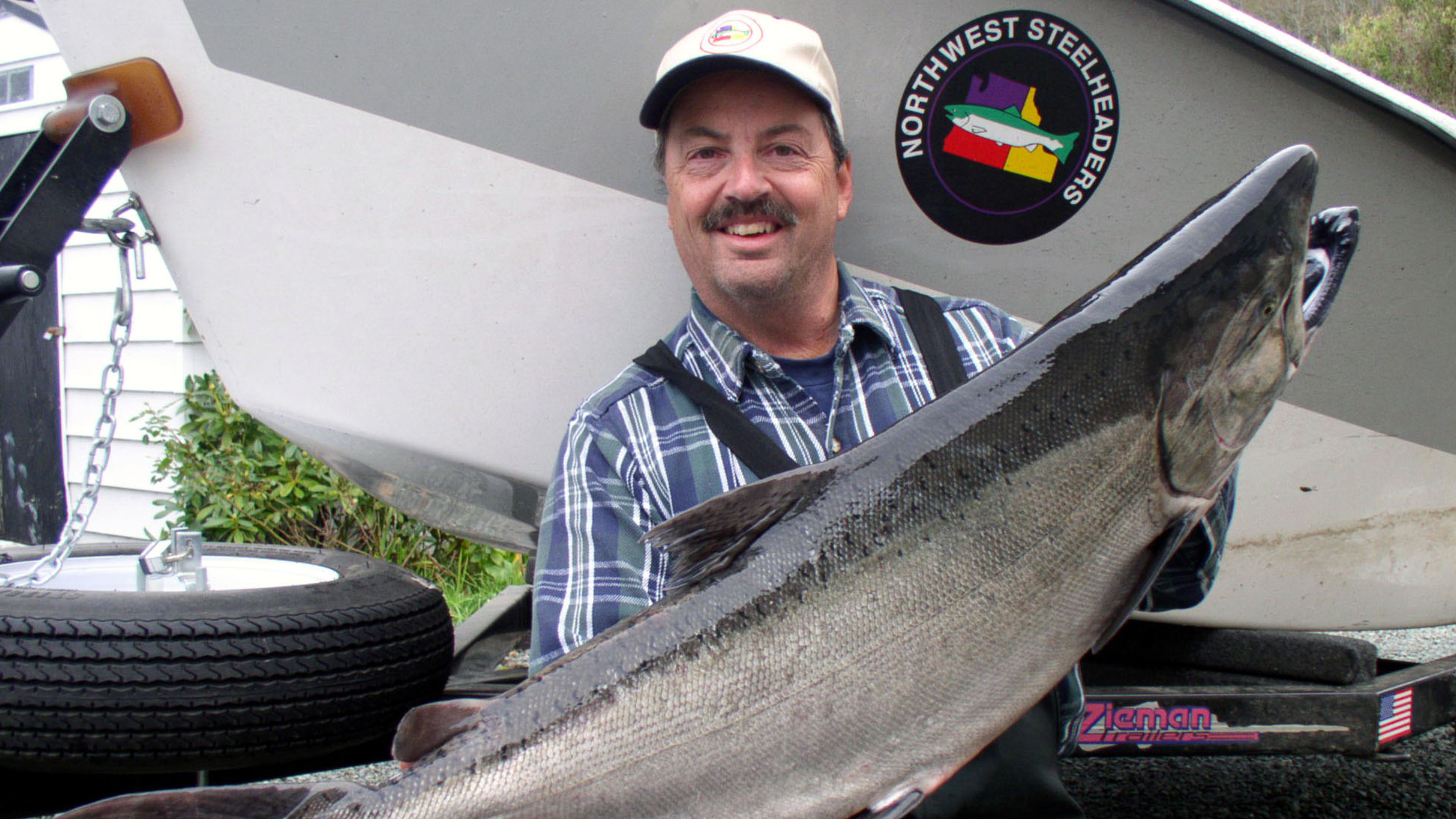 Norm Ritchie spent a career as a mechanical engineer who knew how to get things done. When something didn't work quite right, he figured out a solution by examining the problem and fixing it. In fact, he holds eight patents in the field of heavy truck design.

Through it all, fishing has been his passion.

So it comes as no surprise that Ritchie has carved out a reputation as an advocate for ensuring abundant fish and sustainable fishing. From river cleanups to stream surveys, he continues to be an active and hands-on conservationist. He's even applied his engineering know-how to designing a tank to hold and transport steelhead trout on Oregon's Sandy River. He has also served as a longtime board member and president of the Association of Northwest Steelheaders and as an appointee to Oregon's Salmon Trout Advisory Committee.

Lately, he's championed a key cog in the engine of a healthy Pacific marine ecosystem—forage fish. Protecting our ocean would be impossible without engaged citizens such as Ritchie. We can't thank him enough.

A: Fishermen call them “bait fish” because we use them to catch bigger fish, but we also know that little fish such as herring, sardines, and anchovies are a major food source for salmon and steelhead in the ocean.

Q: Why did you get involved?

A: Those of us who fish for salmon and steelhead have dedicated a lot of time and effort to improving river and stream habitat, but these fish spend most of their lives in the ocean. And we know that major fisheries around the world pursue forage fish. Most people consider the ocean a black box, something that we can't control. But fishermen and scientists are learning that we can take reasonable steps to make sure we leave enough of these little fish in the water to sustain the big fish we love to catch.

A: I love a certain place near my home on the Sandy River. I refuse to be any more specific than that!

A: Nothing is as thrilling as hooking a spring chinook salmon on the Columbia River. And nothing tastes better on a barbecue grill.

Q: What do you like to do when you're not fishing?

A: Pretty much like Super Bowl MVP Malcolm Smith, another Pacific Northwesterner, my wife and I never miss a chance to go to Disneyland.