Recently, Sioux Falls, South Dakota held its second election using vote centers, which allows residents to cast ballots at any voting location, regardless of where they live. The city used to use a precinct-based system, like most jurisdictions in the country, where voters must vote at a particular polling place.

And like other jurisdictions that have adopted vote centers, Sioux Falls officials cited convenience to voters and cost savings as major benefits.

The vote centers were used for the first time during the 2011 school district election. A report on the implementation found it cost almost $40,000 less than the 2010 precinct-based school district election. In 2011, 10 vote centers were needed compared with 59 polling locations in 2010, reducing mileage costs associated with delivering supplies and eliminating rent entirely, because all 10 locations were district buildings. 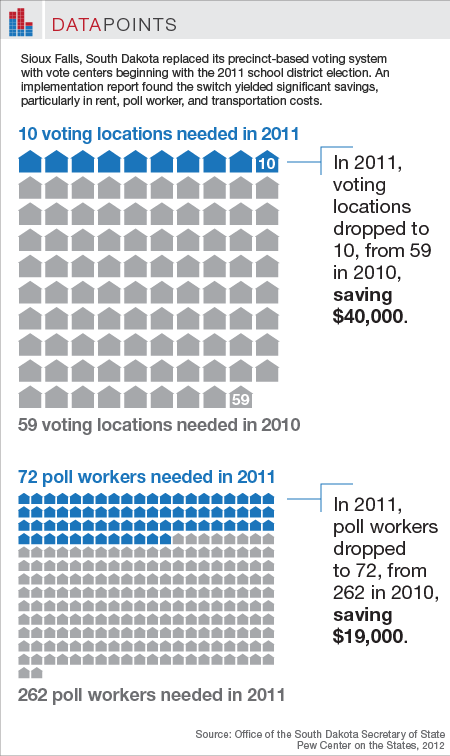