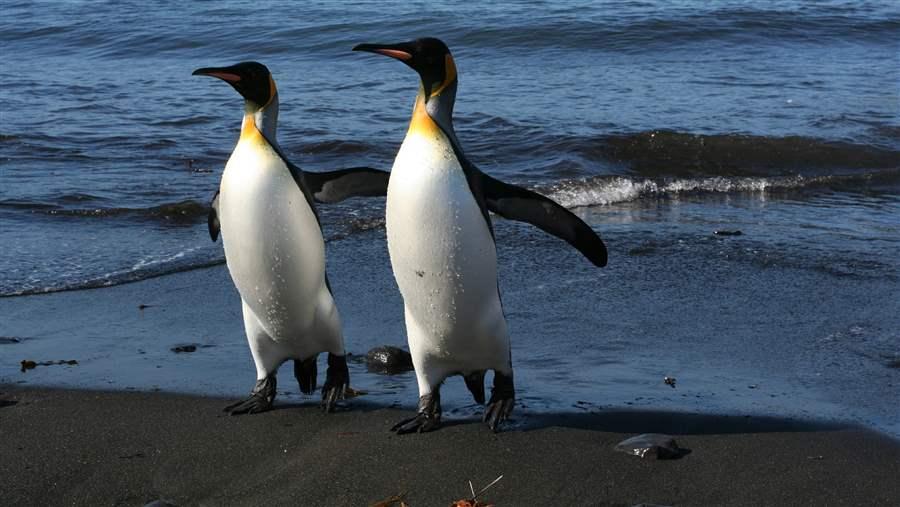 These waters are among the most pristine on Earth and of considerable biological importance.

If created, the reserve in the southern Indian Ocean would be the first large, highly protected marine sanctuary in French waters and the fifth-largest such marine area in the world. Ségolène Royal, France’s minister for ecology, made the initial announcement in November on behalf of the TAAF administration; she reiterated the government’s intent to create the reserve at the historic U.N. climate talks (COP 21) that recently concluded here.

“These waters are among the most pristine on Earth and of considerable biological importance,” said Nicole Aussedat, a Paris-based officer with Pew’s Global Ocean Legacy campaign. “By creating a highly protected marine reserve, France would establish the gold standard of conservation in this remote and unspoiled part of the world.”

The new reserve would encompass 5 percent of French waters and represent an important step toward meeting global targets for ocean conservation. Scientists have called for at least 30 percent of the world’s ocean to be highly protected through marine reserves in which no extractive activities such as industrial fishing or mining are allowed. Including its overseas territories, France’s waters make up the second-largest exclusive economic zone in the world. 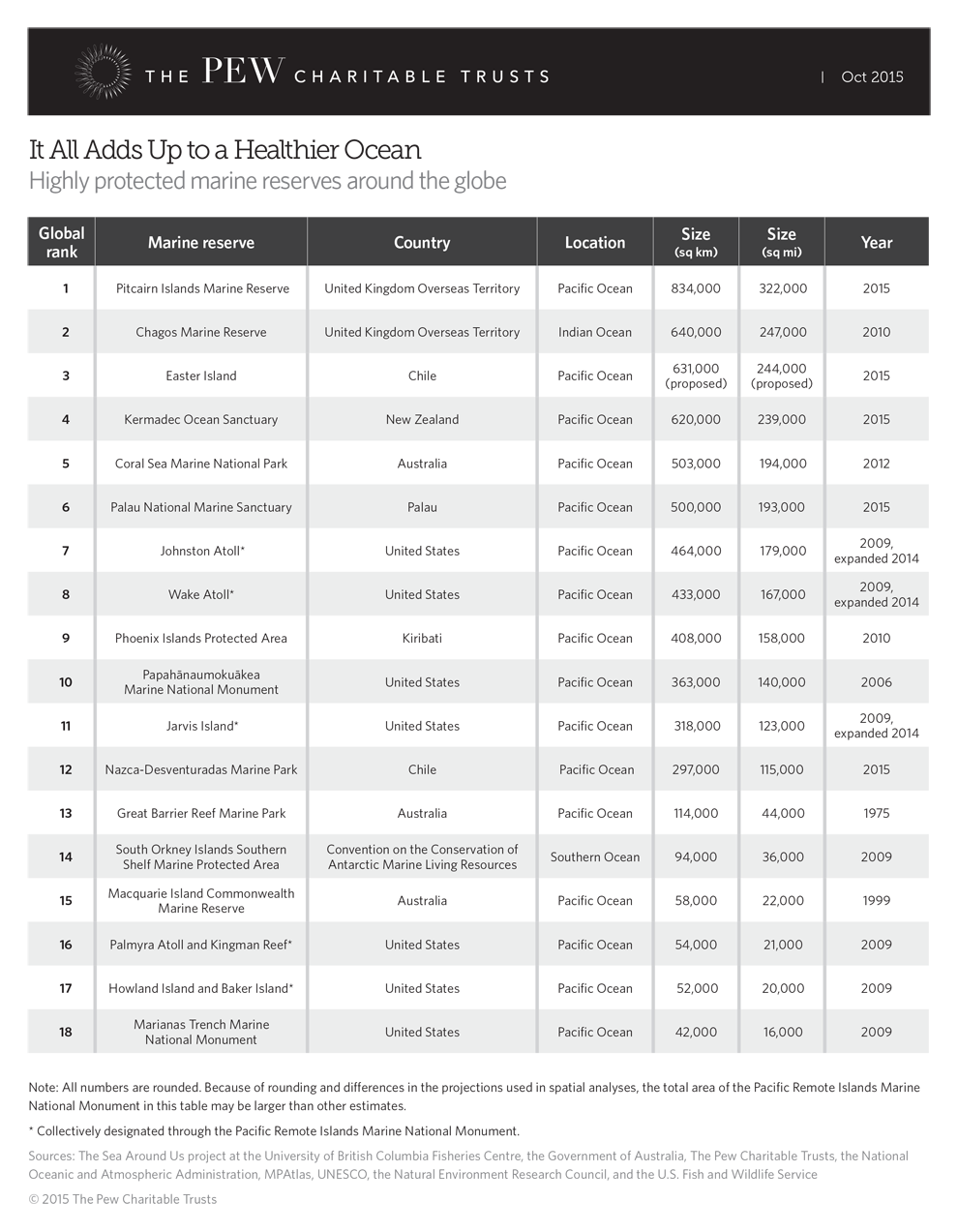 Global Ocean Legacy is working with communities, governments, and scientists in two French territories in the southern Pacific Ocean, New Caledonia and French Polynesia, both of which are recognized for their healthy ecosystems and species diversity. The goal of this effort is to establish large-scale, highly protected marine reserves. The French Polynesia work focuses on helping communities in the Austral Islands safeguard the surrounding waters; the local government has announced support for a 1 million-square-kilometer reserve (386,102 square miles) there, which would become the largest in the world.

France’s recent announcement adds to other international commitments in what has turned out to be a historic year for ocean conservation, with an emphasis on the establishment of marine reserves. Global Ocean Legacy has played a major role in helping to create these large protected areas, beginning in March when the British government announced its intent to establish the Pitcairn Islands Marine Reserve in the South Pacific. On Sept. 28, New Zealand Prime Minister John Key said his government would create a fully protected ocean sanctuary in the Kermadecs, about 1,000 kilometers (620 miles) northeast of his country’s North Island. On Oct. 5, Chilean President Michelle Bachelet pledged to work with the indigenous Rapa Nui community of Easter Island to adopt its proposal to create a fully protected marine park in the island’s waters. And on Oct. 28, Palau President Tommy Remengesau Jr. signed the Palau National Marine Sanctuary into law, fully protecting 80 percent of the Pacific island nation’s waters.

Global Ocean Legacy is a partnership established in 2006 to promote the creation of marine reserves in the world’s oceans. Current partners include The Pew Charitable Trusts, Bloomberg Philanthropies, the Lyda Hill Foundation, Oak Foundation, The Robertson Foundation, The Tiffany & Co. Foundation, and the Waitt Foundation. Learn more at www.globaloceanlegacy.org.