This will be the 13th national monument, and the first large-scale land monument near a major metropolitan area, designated by President Obama. It will stretch from Santa Clarita in the far west of Los Angeles County to San Bernardino County, east of Los Angeles.

"This designation, which will protect the source of 70 percent of LA County’s open space and more than one-third of its drinking water, is an important conservation milestone for our country. Not only is the President creating the second-largest land monument of his administration, but in so doing he is contributing to the health and well-being of generations of children who look to the nearby San Gabriel mountains for clean air and water, and for the opportunity to get outside and explore and enjoy a wild place that is just beyond their backyards. 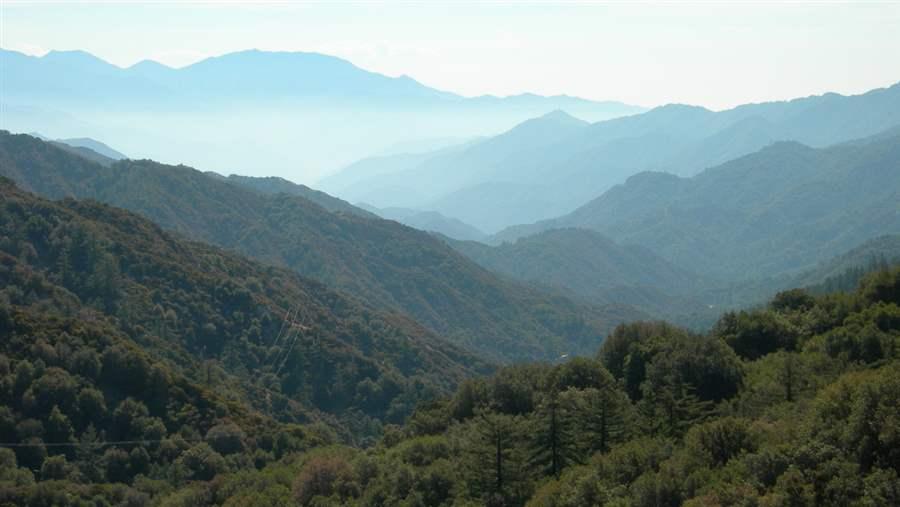 The San Gabriel Mountains are the first large-scale land monument near a major metropolitan area designated by President Obama.

"The San Gabriel Mountains National Monument grew from the local community’s interest in safeguarding this majestic mountain range, which has been put at risk by growing population pressures, increased recreational use, and insufficient management resources. The monument designation will help preserve the rich multicultural history of the San Gabriel Mountains, including its many Native American archaeological sites, Mt. Wilson Observatory and the Mt. Lowe Railroad. It will also preserve critical habitat for many endangered plants and animals.

"The San Gabriel Mountains National Monument is a model use of the Antiquities Act, which is intended to protect deserving and uniquely American areas of historic or scientific interest on public lands. For nearly ten years, The Pew Charitable Trusts, along with a diverse coalition of local supporters, has urged Congress and the administration to help fulfill the community’s vision of protecting and enhancing these mountains, rivers, and parks with access for all.

"Our thanks to President Obama, Secretary of Agriculture Tom Vilsack, and Representative Judy Chu (D-CA) for listening to local residents, business owners, sportsmen, and community leaders, and ensuring that the San Gabriels—the recreational backyard for more than 17 million Southern Californians—will be protected for generations to come."

The Pew Charitable Trusts is driven by the power of knowledge to solve today’s most challenging problems. Learn more at www.pewtrusts.org