It isn’t every day that the U.S. House of Representatives takes bipartisan action to reverse a policy that’s been in place for two decades, but that’s what happened last month when Democrats and Republicans alike voted on a measure designed to address a perennial problem that undermines medical record-keeping, puts patients at risk, and costs our health care system billions of dollars every year.

Specifically, the House voted to repeal a 21-year ban on funding for a national patient identifier—such as a unique number or code comparable to a Social Security number. This unique identifier, as envisioned, would make it easier for doctors to access accurate medical records anywhere, anytime—whether the patient is making a routine office visit in Boston or lying unconscious in a San Francisco emergency room. A unique identifier could help ensure that people with the same name don’t get mixed up—even if they live on the same street or are born on the same day. Although electronic health records (EHRs) have helped improve care overall, health systems still struggle to link patients to the right record on every visit, and attempting to match records between hospitals can fail up to half the time. The result harms patients.

At a minimum, trying to find the right records can delay needed care. Worse, inaccurate or incomplete records can lead doctors to order unnecessary tests or miss allergies, medical implants, dangerous drug interactions, and other relevant facts. And the administrative costs for fixing mismatched and duplicate records can be enormous. The Mayo Clinic, for example, found it cost at least $1,200 to untangle each mismatch and correct a patient’s record.

This House vote opens the door to establishing a national identifier. But the bill still must pass the Senate. Since the original ban was written in 1998 by then-Rep. Ron Paul (R-KY), the debate has centered on whether a national identifier would be an unwarranted government intrusion into private health care or, instead, a sound public policy that would protect patients and save costs.

This is a debate worth having—one that should be informed by the international experience with unique identifiers. Although many developed countries use unique identifiers in health care, the systems face challenges: Duplicate identifiers can be erroneously assigned, patients can misplace their identity cards, and numbers can be used fraudulently, among other problems. So even countries that use identifiers typically still use algorithms that leverage names and other demographic data along with the numbers to better establish identities. If the United States were to establish a unique identifier system, policymakers would need to learn from the experience of other countries and recognize that identifiers don’t fully solve the problem of matching a patient to the correct medical record.

Fortunately, a unique ID for the 21st century could take multiple forms, because technology has evolved since Congress originally envisioned a national identifier more than 20 years ago. Smartphones and email addresses can be used as long-lasting identifiers, and we increasingly use biometrics such as facial recognition and fingerprints to unlock our devices or to identify ourselves at airports, in banking, for security systems, and even at sporting events. Biometrics are already part of our lives; when used in conjunction with demographic data, they make the risk of confusing one person’s ID with another’s almost nonexistent.

In a series of focus groups conducted by The Pew Charitable Trusts, respondents overwhelmingly chose biometrics as the preferred option for a medical identifier over smart cards, unique numbers, or usernames and passwords. As many participants noted, a smart card or ID number can be lost or forgotten, but a fingerprint or face scan could almost always be used, even when a patient is unconscious. If the United States develops a unique patient ID system, serious consideration should be given to such biometrics—and the technical and privacy issues they introduce.

Even absent a national system, biometrics are now being used within individual health organizations, but not typically for exchanging data among them. The Office of the National Coordinator for Health Information Technology (ONC), the federal agency that oversees EHRs, should begin exploring how these technologies are already applied, the benefits they provide, the privacy considerations they raise, and the technological challenges that might remain in using them to improve match rates.

In the meantime, there are near-term steps the government should take to improve matching. Today, hospitals use multiple data points to match records to the right patient, including the patient’s name, birth date, address, and other identifying information. But different EHR systems don’t always record that information in the same format; for example, some use “Street” in addresses, while others use “St.”

There is one relatively simple solution: Hospitals and EHR vendors could format addresses using the U.S. Postal Service’s standard—the system that online retailers use. When a shopper enters an address online, the standard postal address pops up to streamline shipping and delivery. A study by researchers at Indiana University found that applying the same standard for addresses in medical records could improve match rates by a small, but important margin—enough to correctly match tens of thousands or more records each day. These gains would accrue even without a national identifier and help support accurate matching if one is eventually established. As part of new rules designed to aid the exchange of health data, ONC should require that the Postal Service format for addresses is used for all EHRs when sharing patients’ records. In addition, ONC should require EHR vendors to use data already in their systems but not typically used for matching—such as the patient’s email address—to link records.

Although the outcome of the debate on a unique identifier remains uncertain, there’s no reason to delay taking advantage of solutions that are available now to tackle the patient matching problem. 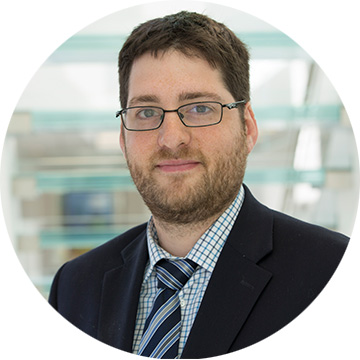