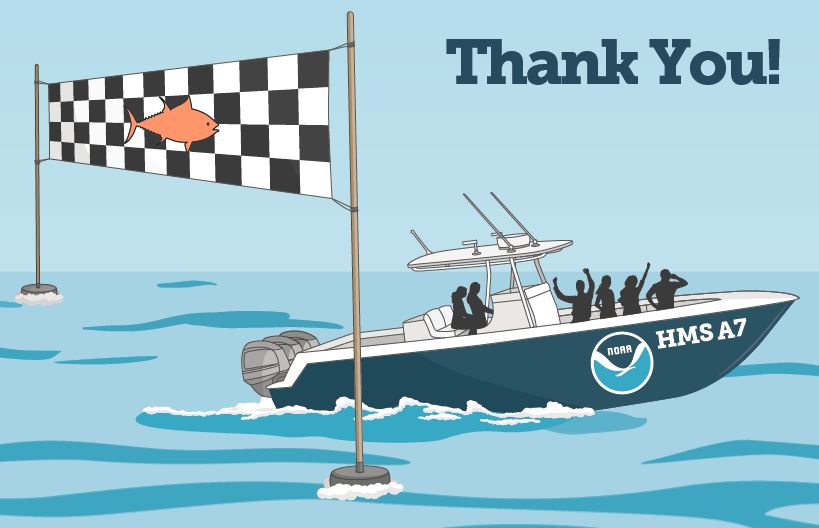 The race to save bluefin tuna reached a critical milestone today. The federal government published its long-awaited rule to aid the fish, and what’s been put on paper will soon start to have a major impact in the water.

Bluefin swim as fast as racehorses run, grow to the size of a small car, make transoceanic migrations, dive deeper than 4,000 feet, and live up to 40 years. They are also coveted by fishermen and seafood eaters. In Japan, where bluefin are prized for sushi and sashimi, a 300- to 500-pounder can fetch upward of $10,000, depending upon the quality.

Yet although bluefin are one of the fastest fish in the sea, they haven’t been quick enough to escape certain kinds of fishing gear that targets other species but kills bluefin unintentionally. Partly as a result of such practices, this fantastic fish has declined to just 55 percent of its already depleted 1970 level.

Now, however, that gear—long fishing lines (known as longlines) baited with hundreds of hooks and suspended by buoys near the water’s surface—will be restricted at certain times of the year off the North Carolina coast, where bluefin feed, and in areas of the Gulf of Mexico, where they spawn. This change is a major victory, especially because the Gulf is the only known spawning ground for the western Atlantic population of the species.

Although intentional fishing for bluefin is banned in the Gulf and restricted in other places, these fish—and about 80 other wildlife species—are caught incidentally on longlines, which are primarily used to target yellowfin tuna and swordfish.

In addition to the regulations on gear, a new national annual cap on the total amount of incidental bluefin catch is much stronger than any previous rules. Once the cap is reached, longline fishing for swordfish and yellowfin tuna must stop. Longline fishing boats also must have video cameras on board to record what’s being caught and discarded.

Fishermen will still be allowed to use alternative gear, known as greensticks and buoy gear (learn more about those here), in the restricted areas. These gears will reduce incidental catch while minimizing the economic impact of the new rule on fishermen.

The rule, adopted by the National Oceanic and Atmospheric Administration, will take effect starting in January—a great way to cross the finish line for 2014 and start the new year.