U.S. citizens and lawful immigrants can routinely obtain and renew driver’s licenses, and some states have decided to allow unauthorized immigrants to do so as well. As of the summer of 2015, 10 states—California, Colorado, Connecticut, Illinois, Maryland, Nevada, New Mexico, Utah, Vermont, and Washington—and the District of Columbia issue driver’s licenses to this population. Nearly 37 percent of unauthorized immigrants live in jurisdictions where they may obtain licenses.

State legislative activity on this issue has increased in recent years. In 2013 alone, eight states and the District passed laws making unauthorized immigrants eligible for driver’s licenses. (One was later repealed.) This year, Delaware and Hawaii passed similar laws, and they are preparing to implement them. 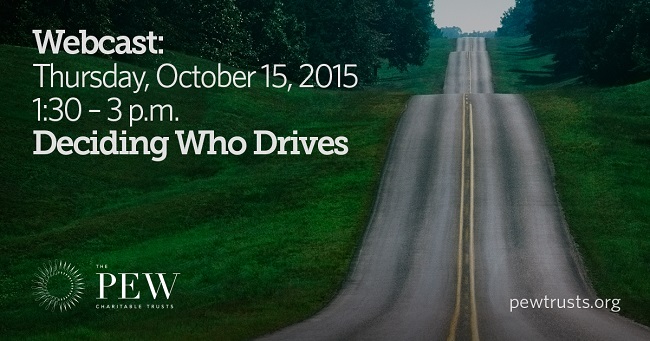 Pew experts will share findings about how the states that issue licenses to unauthorized immigrants have designed and implemented their laws. A panel discussion with officials from California, Delaware, and Nevada will follow. Because this issue is dynamic, these state experiences can inform how policymakers grapple with similar decisions in other states.

Register to attend in person or return to this page Thursday, Oct. 15, for the live webcast.