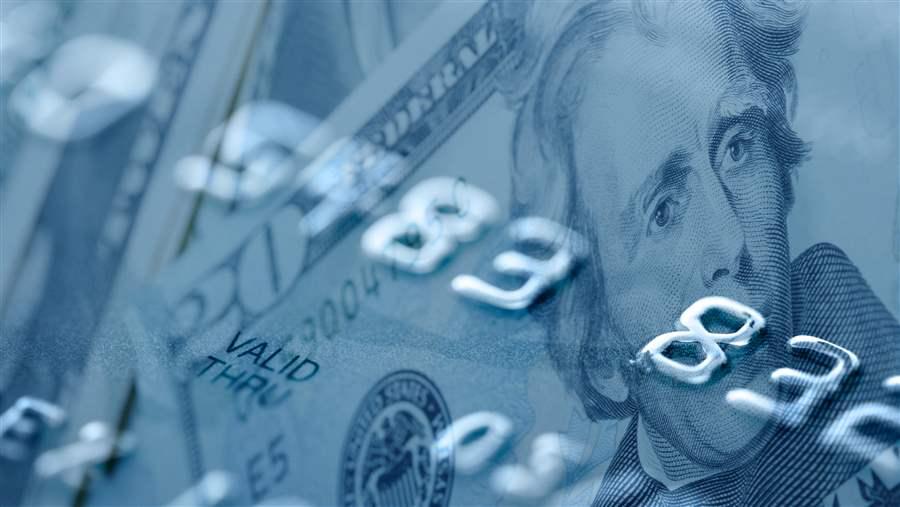 Each year banks make billions of dollars in overdraft fees, and more than three-quarters of this revenue is generated from just a small fraction of checking accounts, less than 10 percent. Survey research by The Pew Charitable Trusts shows that overdraft programs are not meeting the needs of most consumers for two key reasons. First, most of those who overdraw their accounts do not know that they can easily avoid these fees, and, second, many of the overdrafters use these programs for credit, even though regulators say they are not supposed to be used in this way.

Under federal law, banks must obtain a customer’s affirmative consent—known as “opt in”—before charging fees for overdrafts on ATM withdrawals and most debit card purchases. Without opt in, such transactions would be denied at no cost to the customer. This means that consumers can choose to avoid overdraft fees on the most common transaction types—debit card purchases—but few understand the rights that allow them to do so. Consumers who do not opt in can still incur overdrafts, but those would be limited to checks, certain electronic transactions, and some recurring debits, such as membership renewals.

Pew research from 2014 indicates that 68 percent of those who overdraw and incur a fee, known as overdrafters, would prefer to have transactions declined rather than pay a $35 fee on a purchase. That suggests that most are overdrawing unintentionally. Research by Pew published late last year shows that 7 in 10 overdrafters—which translates into about 27 million people—are deeply confused about their legal rights to have transactions declined and avoid fees. Many consumers do not appear to be making opt-in choices based on correct information. Even among the 27 percent of overdrafters who said their bank had discussed options with them, most of these conversations were not about clarifying opt-in rights; about two-thirds of this group still did not understand that they could avoid these fees.

Opting in greatly increases overdraft expenses because it means that ATM and most debit card transactions will incur overdraft fees—instead of a declined transaction—whenever a consumer does not have sufficient funds. Because the median debit purchase that leads to an overdraft is only $24, the fee is nearly 1 ½ times larger than many underlying transactions. And the fees can add up quickly.

Over the course of a year, nearly a quarter of those who said they had incurred more than $100 in overdraft fees paid a week or more of household income to cover them. And a recent Consumer Financial Protection Bureau (CFPB) study shows that frequent overdrafters—those whose accounts had more than 10 overdrafts or incidents of nonsufficient funds in a year—and who had opted in to overdraft programs paid nearly $450 more per year than account holders who had not. The two groups had similar financial situations and had incurred a median of 12 debit overdrafts over a year; however, only those who had opted in paid fees for those overdrafts. This illustrates the potential costs associated with a lack of clarity on how to avoid overdraft fees.

Why some 70 percent of those who overdraft do not understand their rights to have transactions declined without a fee is unclear, but poorly crafted disclosures and uninformative discussions with banks surely play a role. The Federal Reserve’s widely used opt-in form is confusing and does not include some significant information. For example, the form does not specifically say that declined debit and ATM transactions will not incur a fee. In addition, there is no reference to less expensive options for those who overdraw, such as transfers from a savings account or a line of credit.

Ensuring that consumers have relevant information

The CFPB is testing new, more concise forms that could make it easier to compare options and understand the savings gained by not opting in. Replacing the existing form with a more effective alternative could lead to better outcomes for people opening new accounts, who would see the revised disclosures, but not for existing customers.

To ensure that all consumers have better information on how to avoid overdraft fees requires finding ways to make sure existing customers understand their overdraft options. Federal Deposit Insurance Corp. guidance suggests that banks should have “meaningful and effective follow-up” with customers who overdraft more than six times in a year, but only 29 percent of these consumers report that anyone at their bank had discussed alternative options with them.

Millions of Americans incur overdraft fees without wanting to or without understanding their rights to minimize or avoid them. Improving disclosures and enhancing how banks communicate with customers would not solve all the harms associated with overdraft, especially among those who use the process as a costly form of credit. But better and more frequent communication about overdrafts would help consumers make better choices and avoid costly fees.

Nick Bourke is the director and Rachel Siegel is a senior associate with The Pew Charitable Trusts’ consumer finance project.

New small installment loans could help many who need to borrow