What begins as a technological innovation often becomes an indispensable means of mass communication. The 19th century’s breakthrough was the telegraph, followed by the telephone and radio. And in the 20th century came the television. Today, that technology is broadband: reliable, high-speed internet service.

The internet serves as the gateway to information that helps Americans navigate everything from job opportunities and medical assistance to news and weather updates. Yet, according to the Federal Communications Commission (FCC), some 24 million Americans lack access to reliable, high-speed broadband and, as a result, to vital information that affects their lives and connections to family and friends. And it’s not just individuals who are affected: As recently as 2016, the FCC found that about 40 percent of the nation’s schools lacked adequate broadband service. In addition, a 2014 study published in the Journal of Rural Health found that almost 60 percent of health care facilities outside of metropolitan areas did not have sufficient service.

Why has achieving the “last mile” of high-speed connection—the link to homes, schools, hospitals, and other end users—proved so difficult in some areas? To answer this question, we need better information on where connections are lacking, a clearer understanding of the innovative ideas that are being tested at the state level to reach these areas, and a fuller understanding of the array of funding and financing options for expansion.

Maps that accurately illustrate broadband coverage are needed to help direct both public and private sector efforts to areas without sufficient access. The FCC's national broadband map uses information from providers to depict coverage and includes a caveat that coverage may be overestimated because of underlying data limitations.

The last map that was subject to a verification process was released in 2014 and produced by the National Telecommunications and Information Administration (NTIA) with funding that ended the same year. Other options for collecting and confirming the extent and location of coverage — such as crowdsourcing, collaborating with the private sector to enhance data reporting, and state verification — could be useful in providing more accurate maps with current, validated data in a cost-effective way.

In the meantime, state governments are moving forward with a range of policies to increase broadband access to unserved and underserved populations, including incentives to increase private sector expansion and rural cooperatives.

In Tennessee, Governor Bill Haslam (R) and his administration worked with the legislature last year to pass the Tennessee Broadband Accessibility Act, which includes $45 million in grants and tax credits over three years to encourage private companies to expand to unserved homes and businesses. Minnesota has invested more than $60 million in broadband infrastructure, mainly in nonurban areas, and in 2016 pioneered an internet service provider (ISP) co-op model that plans to bring high-quality, reliable broadband to 6,000 rural households across 700 square miles.

These and other state efforts to expand connectivity — both successful and unsuccessful — have not been collectively documented, analyzed, and shared. Identifying policy solutions that could be replicated in other states or scaled to the federal level could help clarify paths for leaders in a challenging and often contentious policy area.

Finally, various funding and financing mechanisms could help pay for these efforts, including public-private partnerships, infrastructure banks, matching grants, and loan guarantees. Holly Springs, North Carolina, for example, built out a fiber network to connect municipal buildings and then partnered with a local ISP in 2015 to extend high-speed access to residents. In Urbana-Champaign, Illinois, in 2013, a coalition of city, state, and federal governments, the University of Illinois, the local mass transit authority, and the private sector invested in a network to connect local hospitals and libraries.

Once the build-out was complete, the consortium transferred day-to-day operations to a new nonprofit organization. An evaluation of funding and financing options could help policymakers weigh how best to expand connectivity.

New research in these three areas would be useful and timely as the Trump administration, Congress, and states consider proposals to improve access. At the federal level, the Consolidated Appropriations Actthat passed in March includes $600 million for a new rural broadband pilot program, and both the administration and Congress have called for broadband to be included in an infrastructure bill.

While there is no one-size-fits-all solution to expanding broadband access, any effort would benefit from new research — whether that’s data and analysis that help identify unserved areas, an evaluation of state activities, or information on financing and funding mechanisms. As leaders at all levels of government consider ways to close the connectivity gap, they need more information about the scope of the problem and credible, viable ideas. Additional research can help our policymakers get one step closer to ensuring that all Americans have access to reliable, high-speed internet.

This article originally published on The Hill. 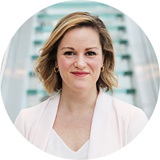 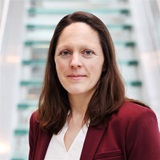 From farming to homework to health care, broadband keeps individuals, communities, and businesses connected and engaged in today’s world. But many Americans and critical institutions still lack access.