Suicide is a growing public health problem in the United States. The Centers for Disease Control and Prevention reports that more than 47,500 people died by suicide in 2019—which translates to one death every 11 minutes—and more than 12 million adults had thoughts of suicide.

Communities of color are increasingly affected by suicide, with deaths among Indigenous peoples and Black, Hispanic, and Asian Americans rising over the past 20 years. Veterans, people who identify as LGBTQ, youth and young adults, and disaster survivors are also at elevated risk of suicide.

Nearly half of people who die by suicide have a visit with a health care professional within four weeks of their death. These interactions offer a key opportunity for providers to identify individuals at risk for a suicide attempt and to connect them with care. Evidence-based screening tools, which are simple to administer, are available to help clinicians quickly and accurately identify patients at risk of suicide and assess their needs, but these tools are not widely used across health care settings.

The Pew Charitable Trusts’ suicide risk reduction project aims to make suicide risk assessment and care a part of routine health care in the U.S. and to fill gaps between people at risk of suicide and the care they need by empowering hospitals and health systems to expand the use of evidenced-based screening and interventions. 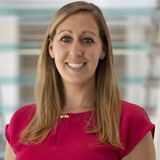 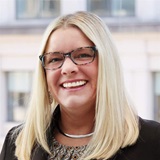 More than 47,000 people die by suicide each year. Suicide was the 12th-leading cause of death in the country in 2020.