Rhode Island lawmakers acted quickly after the U.S. Supreme Court on May 14 overturned a 1992 federal law barring sports betting. The next day, two state Senate committees met to discuss how to begin sports gambling there and where the revenue it generated would go. On June 22, Governor Gina Raimondo (D) signed a budget bill that included a provision launching sports wagering by the end of 2018 at two casinos.

Delaware, Mississippi, New Jersey, New Mexico, New York, Pennsylvania, and West Virginia also have legalized sports gambling this year. Betting bills have been introduced in 15 other states, where they are likely to be considered in 2019.

The high court ruling attracted immediate attention from state lawmakers; it meant they could pursue new dollars as many states are still struggling to recapture the levels of revenue brought in before the Great Recession of 2007–09. But policymakers face tough questions about how much their states will collect from sports betting and what tax rates should be imposed on gambling venues.

Leaders in Rhode Island saw an opportunity. “Sports wagering provides the state with a revenue stream that supports critical priorities, such as investing in roads and schools, without increasing the tax burden,” Senate President Dominick Ruggerio (D), said in a statement.

"Sports wagering provides the state with a revenue stream that supports critical priorities, such as investing in roads and schools, without increasing the tax burden."

To tap into that revenue, the governor, lawmakers, and private gaming companies had to hash out the specifics of tax structure and revenue distribution. They set Rhode Island’s share at 51 percent of net sport-gaming revenue; the operator, International Game Technology, will get 32 percent, and the casinos 17 percent. The two towns with casinos will receive $100,000 a year.

Rhode Island was one of the states hardest hit by the recession and has faced persistent budget deficits, so any new cash gets attention—even if it’s a fraction of the $9.6 billion budget. State officials estimate the state will earn $23.5 million from gaming in the first fiscal year, which ends June 30.

Despite action in a number of states, market analysts are mixed on the potential benefits. In July, Standard & Poor’s said the activity “may boost state gaming tax revenue, but those gains are unlikely to be sustained.” And Moody’s Investors Service found that even under the most optimistic scenarios, the revenue boost from sports betting would be minor.

The revenue comes primarily from taxes on gross gaming revenue—the amount a casino takes in from bets minus the amount paid out in wins—and licensing fees, typically not collected annually.

Even policymakers within states that have approved sports betting can have differing takes on the fiscal implications. Mississippi Governor Phil Bryant (R) said that sports betting revenue could help address the state’s infrastructure deficit, but Democratic lawmakers have suggested that the likely revenue won’t be enough to close the state budget gap.

Mississippi took its first bets Aug. 1, with a consultant estimating gross gaming revenue of $13 million to $65 million a year. That money would be taxable under the state’s 12 percent rate—with 8 percent going to the state and 4 percent to local governments. In the first month, tax revenue from sports betting was $54,000—a pace that would total about $3 million for the year. That increased to $660,000 in September, when sports betting expanded to 21 of the state’s 28 casinos and the football season started.

Nevada, exempt from the previous ban, was the only state with a robust sports betting market before 2018. Wagering there, taxed at 6.75 percent, generated $15.4 million in revenue in fiscal year 2017, according to Moody’s. That represents about 1.7 percent of total gaming earnings and 0.3 percent of total revenue.

In New Jersey, where sports betting also debuted in June, state Treasurer Elizabeth Muoio (D) expects about $13 million in related tax revenue for fiscal 2019—less than 1 percent of the $37.4 billion budget. Bets are taxed at different rates—from 8.5 to 14.25 percent, depending on where they are placed. In its first full month, sports betting brought the state between $300,000 and $500,000 in tax revenue on about $41 million in bets. That number is likely to grow, as bettors placed $260 million worth of wagers in October, bringing the value of total bets since mid-June to $600 million.

West Virginia began allowing sports bets at its Hollywood Casino on Sept. 1, levying a 10 percent tax on adjusted gross receipts. Casinos offering sports betting also pay a $100,000 licensing fee every five years. Lawmakers expect the state to receive $5.5 million in taxes in the first year, which would increase to $13 million to $18 million annually in the next five years. In the first three weeks of sports betting, West Virginia took in about $100,000 in tax revenue.

Policymakers have looked in recent years to excise taxes on gambling, marijuana, and tobacco for fresh revenue to help fill budget holes. A recent Pew report, “Are Sin Taxes Healthy for State Budgets?” found that taxes on these sources often are unpredictable in the long term, a concern that experts believe also applies to sports betting. As lawmakers consider whether to permit—and tax—sports betting, attention to how to plan for and spend this new revenue will be critical in building structurally balanced budgets.

When Kansas lawmakers found themselves facing a projected $900 million budget shortfall in 2017, then- Governor Sam Brownback (R) proposed tax hikes on cigarettes and liquor, among other measures—which would have been the state’s second cigarette tax increase in three years. But legislators on both sides of the aisle decided the measures, projected to raise $377 million over two years, did not do enough to address the state’s structural budget problems. The Legislature rejected the proposal, instead passing a budget that included over $1 billion in income tax increases directed at improving the state’s longer-term fiscal outlook. 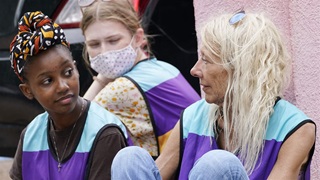 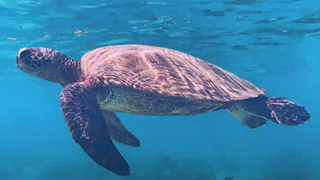 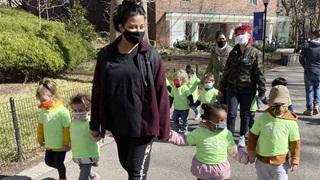