Brittany Troast always feels small when she stands beside the ocean.

That’s because she sees the world as interconnected, a place where each individual—from the tiniest organisms to humans—are small but important parts of vast ecosystems. And that’s why the University of Central Florida student is beginning a research project to analyze predator-prey relationships.

Troast, who is pursuing a master’s degree in biology, wants to better understand how changing populations of small prey fish—also known as forage fish—affect the abundance and diversity of large predatory fish. She will examine more than two decades of data to determine fluctuations in populations throughout the Indian River Lagoon system in east-central Florida and in estuaries of the St. John’s River near Jacksonville.

Troast hopes the information she gathers will help fishery leaders make big-picture decisions and manage ecosystems as a whole rather than focusing on only individual species.

“We can manage the system from the bottom up instead of putting a Band-Aid on one species at a time,” says Troast, 26. “Sometimes the solution is not just to limit the catch of a declining sport-fish population, but also improve the abundance of its prey.”

"We can manage the system from the bottom up instead of putting a Band-Aid on one species at a time."

Troast’s project is part of the Forage Fish Research Program, which has awarded its second year of fellowships to students who study prey species. The program is run by the Florida Forage Fish Coalition, which is led by the International Game Fish Association and includes Pew, the Florida Wildlife Federation, and the Snook and Gamefish Foundation. The coalition is collaborating with leading academics and scientists from the Florida Fish and Wildlife Research Institute to increase knowledge about forage fish.

During Troast’s study, she’ll analyze data about forage fish such as pilchards, anchovies, and pinfish, which are important prey for larger sport fish such as red drum, tarpon, and snook. She will also try to figure out why forage fish are plentiful in some years and less so in others.

The native Floridian’s love of nature and fish blossomed during childhood visits to the Sunshine State’s beaches, springs, and rivers. Her parents instilled in her an appreciation for the natural world that fed Troast’s curiosity about how the actions of one animal affect others.

“A lot of people think humans have control over everything, but the oceans and our natural systems are bigger than us,” says Troast, who also has a bachelor’s degree in marine science from the University of Florida. “Everything we do has a ripple effect. It goes back to understanding that everything is connected. There is a way for people to respect the planet but also enjoy it, and we have to figure out how to do this sustainably.” 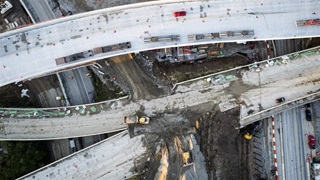 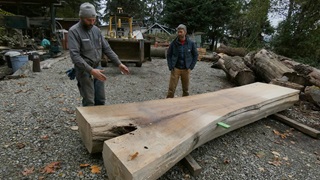 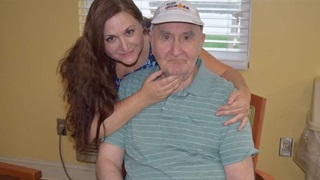