To Mitigate Flooding, States and Communities Increasingly Turn to Nature

Communities and states are increasingly recognizing that smart conservation can help people as well as the natural world. One example of this is the growing adoption of nature-based solutions to mitigate flooding. Such strategies include replacing impervious surfaces such as asphalt with gravel to allow rainwater to seep into the ground, converting developed areas in flood plains to open green space to absorb floodwaters, and preserving and restoring “living shorelines”—dunes, wetlands, mangrove forests, and other natural features—which diffuse rising waters and help blunt the force of storm-driven waves.

In many cases, such “green” and “blue” infrastructure reduces long-term operations and maintenance costs for local and state governments compared with levees, dams, floodgates, and other hard infrastructure. In one example, research shows that living shorelines are often more cost-effective than traditional shoreline armoring, such as bulkheads and seawalls, in protecting communities from flooding.

Flood-related disasters are the costliest in the U.S., accounting for more than $900 billion in damage and economic losses—across all 50 states—since 2000. In response, community leaders and policymakers are developing an array of projects, policies, and financial incentives to harness the power of nature to manage floodwaters.

Research shows that living shorelines are often more cost-effective than traditional shoreline armoring, such as bulkheads and seawalls, in protecting communities from flooding.

For example, in the 1990s, as Milwaukee experienced population growth, increased development, and more frequent climate impacts, its leaders developed an innovative approach to combat repeated floods. The Milwaukee Metropolitan Sewerage District (MMSD) began removing much of the concrete lining from local streams and rivers that had been installed decades earlier, and exacerbated poor stormwater runoff conditions, and replaced it with natural materials.

MMSD spent $120 million to restore Lincoln Creek, a 9-mile waterway in a densely populated section of Milwaukee that had flooded more than 4,000 times since the lining was installed. A combination of grass, rocks, and native vegetation replaced the concrete, and today the creek is less likely to spill over its banks during heavy rainfalls, all while the natural buffers provide habitat for wildlife.

Maryland, a state with more than 7,000 miles of shoreline, is vulnerable to both storm surge and sea level rise. In 2013, regulations for the Living Shoreline Protection Act, which requires coastal property owners to use natural solutions to prevent erosion, were implemented. This requires property owners to apply for a tidal wetlands license before starting construction that might affect the shoreline and to include a plan for implementing natural features. These features are intended to provide natural defenses against both tropical surge events and high tides.

In Virginia, flooding is the most common and costly natural disaster, affecting every corner of the state, disrupting lives, damaging homes and businesses, and costing tens of millions of dollars in recovery efforts annually. In 2020, the state government created the Virginia Community Flood Preparedness Fund, giving priority to nature-based projects to reduce flood risk. The fund is capitalized through the state’s participation in the Regional Greenhouse Gas Initiative (RGGI), which limits collective carbon dioxide emissions from electric power plants and sells CO2 allowances through a quarterly auction, thus reducing overall pollution and generating revenue for community investment. In March, the first-quarter auction generated more than $43 million, of which $19 million will be allocated to the fund. The first round of grants is expected to be available by this summer.

Return on Investment The Pandemic's Troubling Impact on Philadelphia
AUTHORs

Crafted this past legislative session by the General Assembly and Governor Ralph Northam, the law creates the Virginia Community Flood Preparedness Fund, which will provide flood-prone communities with low-interest loans and grants to carry out projects that help reduce flood damage and the costs associated with recovery. 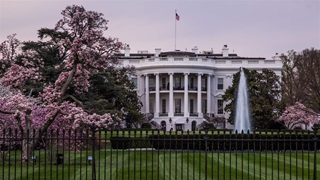 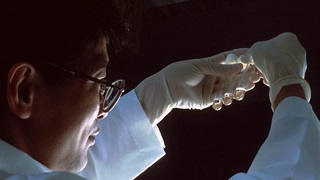