What happens when we try to re-engineer nature.

These floods occur on no set schedule; the waters might come annually for a time, but five years can pass between deluges. During long droughts, life there relies on waterholes that are left behind from flooding as well as on spring-fed oases that sustain fish, turtles, shrimp, and birds, and that offer drinking water to other animals.

Remarkably, millions of water birds somehow know when these rains and floods arrive, and they come, more than 80 species of them, from as far as the Asian continent. This transformation of dry desert into green, lush landscape is dramatic, almost magical—and perfectly normal.

We rightly fear floodwaters in many places on the globe, but in this area of nearly 20,000 square miles of Australia’s Channel Country, along with a few other areas of the world, such as the Pantanal in Brazil and the Okavango Delta in Botswana, heavy rains such as this cause a massive natural change that  illustrates the power, necessity, and the very existential nature of fresh water when it is undisturbed.  Unlike most of the world’s river systems, which flow to the sea, these all flow inland, creating unique ecosystems and exerting influence on the global climate in ways we are only beginning to understand.

This natural flow of water lies in contrast to much of what present-day water management entails. Around the world, as civilization has developed, people have needed fresh water for drinking and growing crops and, as history progressed, for manufacturing and other sophisticated uses. We have diverted creeks, streams, and rivers, often forgetting the natural world these waters fostered. There are harrowing lessons to be learned when shifting water ecosystems to other purposes.

The Aral Sea, on the Kazak-Uzbek border, is a case study of how diversion can lead to depletion. For most of human history, it was fed by the Amu Darya and Syr Darya, rivers that together flowed through six countries. Once the fourth-largest lake in the world, the Aral Sea sustained a rich fishery that yielded 48,000 tons of catch at its peak and supported numerous shoreline communities.

But in the 1940s, all of that began to deteriorate when the Soviet government ordered the diversion of both rivers to irrigate the surrounding desert in a bid to boost a burgeoning cotton-growing industry.

That strategy had numerous flaws, outside of the obvious perils of trying to re-engineer nature.  One was that most of the water diverted from the sea never made it to the cotton-growing areas, a crop that requires large amounts of water.  Because the canal carrying it was unlined, as much as 75 percent of the water mostly just soaked into the surrounding desert.

Another issue came when water levels in the Aral Sea began to drop and the salinity dramatically rose, as the natural cycle of rains, floods, and evaporation was disrupted. That increase in salt made the water less usable and also accelerated evaporation.

23,166 square miles of agricultural land was destroyed around the Aral Sea after two rivers that flowed into it were diverted. TWEET

By 1998, the level of the sea had dropped by 65 feet and the volume had decreased to 50 cubic miles from 255 cubic miles in 1960, according to a Columbia University study. This change destroyed the local fishing industry—catch dropped from 48,000 tons in 1960 to zero by the early 1980s.

The other significant impact from diverting the two rivers was less visible initially, but we’ve now come to see it clearly. The shallower, saltier sea warmed up more quickly in summer and cooled more quickly in winter, triggering a shift in climate cycles in the region and a drop in sea-ice cover in winter.  This meant saltier soil, prompting farmers to use more fertilizer, which in turn further degraded the land.  Plants and wildlife died in droves. One study concluded that 23,166 square miles of agricultural land had been destroyed. Today, dust and salt storms up to 200 miles wide occur frequently, and often deposit particles hundreds of miles away, damaging soil far from the region.

Unrestrained altering of natural water systems can have lasting and widespread impact.

We’re also coming to see how the desiccated Aral Sea is contributing to intensified climate change.  When the sea had normal levels of water, it both tempered Siberian winds in winter and cooled the region in summer.  Now, the area has shorter, hotter summers and longer, colder winters, along with less precipitation—a combination of factors that could be accelerating the melting of glaciers in the Tien Shan, Pamir, and Hindu Kush mountains, nearly 1,000 miles away, according to that Columbia University study.

The lessons of the Aral Sea were learned the hard way and offer a caution for other regions such as Australia’s Channel Country that support remarkable and critical ecosystems. These places sustain a dizzying variety of life and are so large and isolated that they seem invulnerable to significant damage.

Consider Brazil’s Pantanal, which is the world’s largest tropical wetland, nurtured by the 40 to 60 inches of rain that falls from November through March each year, flooding most of the region, which sits like a bowl in the Earth’s crust. It is a 70,000-square-mile mosaic of grassy woodlands, savanna, and semi-deciduous forest that is home to the highest concentration of wildlife in South America, from hyacinth macaws to jaguars, toucans, and giant anteaters. The species count—3,500 plants, 656 birds, 325 fish, 159 mammals, 98 reptiles, and 53 amphibians—tops even the Amazon.

Or consider Botswana’s Okavango Delta, which like the Channel Country is surrounded by desert—the Kalahari—and is fed largely by rain that falls hundreds of miles away. The Okavango’s waters arrive predictably, flooding the delta every June through October. It all begins more than 600 miles to the northwest, in the humid, forested highlands of Angola, where rain falls in sheets and begins a months-long journey to the Okavango. As the water begins its final advance upon the desert, it pans out onto more than 16,600 square miles of lagoons, wetlands, and seasonal ponds that nurture grasslands, riparian forest, deciduous woodlands, and shifting sandbanks that attract the largest concentration of wildlife in Africa.

Beyond the astonishing natural life that these places nourish, we are becoming increasingly more knowledgeable about the global value of these regions in influencing weather, climate, and human well-being. A study published in 2017 in Scientific American found that desert basins help check global warming by storing carbon dioxide that would otherwise escape into the atmosphere. These basins, which include Lake Eyre, sequester 168 million tons of carbon each year worldwide, the study found.

Altering any one of these places, including the sources of their waters, will impart severe consequences on the natural world.

Which makes the threats facing them all the more worrisome.

The prospect of fracking is particularly concerning considering the sensitive hydrology of the region’s rivers and floodplains.  This type of unconventional gas mining requires a network of densely spaced wells, roads, pipelines, and wastewater ponds that could disrupt the natural flows that make for healthy floodplains. There is a further risk of river contamination from well failures, or from overspill or structural damage to wastewater storage ponds during floods.

Opening these lands to unconventional gas mining would run counter to a joint federal-state government warning, issued after a 2008 review of the Lake Eyre basin, that found that changes to natural water flows “could have severe effects” and that “natural flow and seasonal flooding are also vitally important to floodplain productivity.”

And because the Channel Country is so flat, even seemingly benign activities, such as the construction of a single road through a vast and otherwise undeveloped area, can significantly alter the pathway of the water.

Botswana’s Okavango Delta is so treasured that it became the world’s 100th UNESCO World Heritage Site. Yet it, too, faces threats that include dams, overgrazing, overfarming of arable land, intentionally set bushfires, overfishing, deforestation for cropland and firewood, and rampant poaching, according to a study in the Journal of Biodiversity and Endangered Species.

Many of the same issues weigh on Brazil’s Pantanal—upstream dams, deforestation, and unregulated fishing and grazing in the watershed—with the lamentable addition of soil erosion from industrial farming and emerging policies that favor more large development over conservation. Even the construction of roads through the basin has affected the hydrological cycle, in some places leaving land on one side of the road parched, with consequences for flora and fauna that are not yet fully understood.

These threats are only more disturbing because of the harsh lessons we learned from the Aral Sea and the continuing impact it is having on the region’s climate. It shows that unrestrained altering of natural water systems can have lasting and widespread impact.

As remote as the Channel Country, the Pantanal, and the Okavango Delta are, they are critical to the health of our planet. Humankind has the scientific knowledge, experience, and perspective to know that altering any one of these places, including the sources of their waters, will impart severe consequences on the natural world. Whatever short-term gain might be had will be far outweighed by both the short- and long-term suffering of people and our economies, wildlife, and entire ecosystems in and around the deltas and basins. Now more than ever, we need to protect these sensitive systems.

Tom Dillon is a vice president of The Pew Charitable Trusts who oversees international environment projects.

Five Questions: Bringing Water to Those in Need How Development of America's Water Infrastructure Has Lurched Through History
About Trend Magazine
Trend is an analysis of the facts, numbers, and trends shaping the world.
Learn More
Media Contact
Felisa Klubes
Director, Communications
202.540.6460
Sign Up
Don’t miss our latest facts, findings, and survey results in The Rundown. 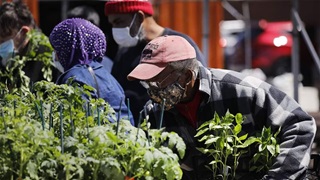 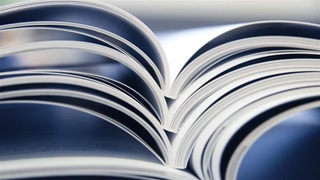