Amazon’s announcement in late 2017 that it was seeking a location for a second headquarters to house 50,000 highly paid workers set off a furor in governments across North America. More than 200 cities, regions, and states—from Los Angeles to Leominster, Massachusetts—vied to become the home of “HQ2.” Some promised billions in tax incentives. Others offered customized workforce training, such as a proposed Amazon Academy in Atlanta.

In November, Amazon announced that HQ2 would be split between Arlington, Virginia, and Queens, New York, with 5,000 additional jobs in Nashville, Tennessee. Then, in February, the company scrapped its plans for New York in response to skepticism from the City Council, key state legislators, and some community organizations.

In hindsight, governments’ pursuit of HQ2—and the scrutiny that followed—vividly illustrated the quandaries that governors, mayors, and economic development officials face as they seek large-scale economic development deals. Officials must decide which companies to court, what to offer, and how to structure any agreements. Wrong moves could mean hundreds of millions of dollars squandered, or missed opportunities to transform the local economy. Even when the company ends up thriving, it’s hard to be sure whether it would have expanded at the same pace—and in the same place—even without government aid.

If anything, the challenges are more acute for state legislators. When states pursue megadeals, they often include company- or project-specific incentives that require lawmakers’ approval. But legislators frequently have little time to review these deals, let alone seek meaningful analysis of their economic and fiscal impact. For instance, the incentives of up to $330 million that Mississippi approved for a tire plant in 2013 were so secret that most legislators weren’t even told the name of the company—Yokohama Tire Corp.—until the day they voted.

Solutions to these challenges are not simple or obvious. However, research by The Pew Charitable Trusts and others points to promising strategies to help ensure that governments’ pursuit of economic development projects is well-informed. The process should start with planning. Under a December 2018 law, Michigan is developing detailed guiding principles for when and how the state will pursue business-specific incentives, rather than making ad hoc decisions when companies come calling.

Governments also should have a plan for conducting independent analyses of specific proposals. For instance, a major incentive program in Arkansas allows legislative leaders to commission an outside cost-benefit analysis of proposed deals to inform decisions on whether to support incentive agreements.

When lawmakers vote on business-specific incentives, too often the only analysis they have comes from the companies seeking the help or the economic development agency that negotiated the deal. The HQ2 debate in New York, however, was informed by a thoughtful report from the City Council’s Finance Division. It pinpointed population growth as one of the most consequential results of the agreement to bring Amazon to Queens, noting that more people would be a mixed blessing. Higher tax revenue could be offset by challenges related to affordable housing and schools.

The benefits of thinking broadly

Economic research also suggests that some policies or approaches can be much more cost-effective than the financial incentives found in typical deals. As Timothy Bartik, an economic development expert, has noted, financial incentives cost governments a dollar to provide a dollar of benefits. In contrast, he highlights evidence that offering high-quality business advice, technical consulting, or customized job training could provide a value to companies that significantly exceeds the direct cost to states or municipalities. These programs can have a particularly large impact when tailored to help small and medium-size businesses overcome barriers to growth, such as difficulties finding qualified workers or limited technical expertise.

An economic development strategy that fosters growth for a variety of businesses and workers also has the advantage of ensuring that the economic fortunes of cities and states are less tied to the success or failure of individual large companies. By providing customized, targeted support to small and medium-size businesses and their workers, states can help create an environment for broad-based growth. Some companies will inevitably struggle in the face of competitive pressures, but this diversified approach can help the local economy be more flexible—and better equipped to adapt when conditions change.

When state legislators consider proposals for new economic development tax incentives, they face hard choices. Subtle differences in the design of business incentives can make the difference between programs that achieve their goals and ones that prove ineffective. 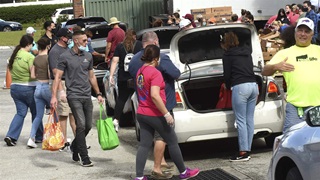 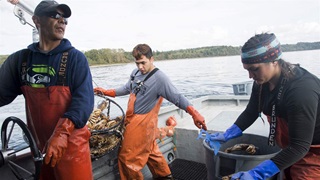 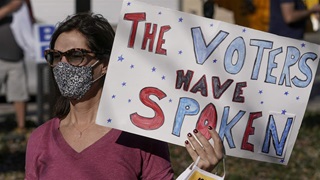