Michael Bloomberg, founder of the global media and data company Bloomberg LP and also of Bloomberg Philanthropies, has long been committed to giving away his vast fortune to worthy causes. “The reality of great wealth is that you can’t spend it all and you can’t take it with you,” the three-term mayor of New York City wrote in his 1997 autobiography.

Bloomberg’s longtime focus on public health puts into practice the credo of his philanthropic vision, “ensuring better, longer lives for the greatest number of people.” To this end, he has supported successful measures focused primarily in low- and middle-income countries—where the need is great and resources are limited—to help reduce smoking around the world. He also has supported lifesaving maternal health care for women in Tanzania and worked to reduce road crash deaths in countries with high numbers of such fatalities.

His vision of a health-focused approach to policy has not been limited to his philanthropy. As mayor, Bloomberg made New York’s public places 100 percent smoke-free, prohibited restaurants from using trans fats, and increased the number of bike lanes throughout the city. He also has an impressive record of supporting health-related initiatives at his alma mater, Johns Hopkins University; in 2001, the institution changed the name of its public health school to the Johns Hopkins Bloomberg School of Public Health to recognize his many contributions and deep commitment to the field. Bloomberg is also the World Health Organization’s Global Ambassador for Noncommunicable Diseases.

Last November, he turned his efforts to a national health emergency: the opioid epidemic, which claims 130 lives a day. Bloomberg announced a $50 million investment to improve prevention and treatment programs. “We are experiencing a national crisis,” he said. “For the first time since World War I, life expectancy in the U.S. has declined over the past three years—and opioids are a big reason why. We cannot sit by and allow this alarming trend to continue—not when so many Americans are being killed in what should be the prime of their lives.”

The opioid initiative is partnering with the nonprofit implementation group, Vital Strategies, as well as Johns Hopkins University, the Centers for Disease Control and Prevention, and The Pew Charitable Trusts to help states implement solutions that strengthen the prevention and treatment efforts with the highest potential to address the root causes of substance use disorders. Over the next three years, the foundation’s initiative will focus on up to 10 states affected by high rates of opioid use, with Pennsylvania being the first. Pennsylvania had the nation’s highest number of overdose deaths in 2017 with about 5,400 people losing their lives. The project is implementing evidence-based policies—such as the expanded use of medication-assisted treatment through emergency departments, prisons and jails, and community providers—and seeks to expand the availability of naloxone, a drug that, when administered in time, can reverse an opioid overdose.

This method—of helping states implement promising initiatives in communities of need, gathering data on the success of various strategies, and using the resulting information to propel change on a larger scale—is similar to Pew’s evidence-based approach on a range of issues, from criminal justice reform to retirement savings. Pew’s substance use prevention and treatment initiative, which focuses on opioid misuse, has been working to expand access to Food and Drug Administration-approved drugs that are used in medication-assisted treatment, the most effective therapy for opioid use disorder. Pew has also begun providing technical assistance in states, helping to systematically assess a state’s ability to treat people with opioid use disorder, identify gaps in its treatment systems, and explore how best to expand access to treatment for residents. With support from the Bloomberg Philanthropies, Pew’s technical assistance will ultimately be deployed in up to eight states. It is not the first time that Bloomberg has supported Pew; previously, Bloomberg Philanthropies was one of the partners in the Global Ocean Legacy project, now the Pew Bertarelli Ocean Legacy project, which works to create great parks in the sea.

Pew’s approach is to back its initiatives with data, and to undertake and share meticulous research in the areas in which it works. For example, Pew’s substance use prevention and treatment project has published articles, based on information from government sources, scientists, and health journals, on the difficulty that rural residents face in accessing suitable treatment owing to a dearth of physicians in rural areas who are willing or able to provide medication-assisted treatment. Pew’s research suggests that increasing the number of these providers is one way to ensure expanded access to care for the country’s rural population.

Likewise, Bloomberg is committed to harnessing the power of data to assess opportunities, measure and evaluate progress, and improve an initiative’s impact, something that he learned at an early age. In his autobiography, he writes that his analytical approach to life—to “Listen, question, test, think…”—was honed during childhood visits to Boston’s Museum of Science, which taught him the value of intellectual honesty and scholarship.

“Pew was a logical partner for our opioids initiative because they are a leader in working with states to create evidence-based change, and back up everything they do with meticulous research,” says Kelly Henning, who oversees the public health program at the Bloomberg Philanthropies. “Pew’s technical assistance will help show how we can best ramp up treatment efforts in individual states to reach the most people and achieve the best outcomes.”

Bloomberg’s support for finding effective measures to fight opioid misuse has the potential to expand access to treatment for many who need it and create a road map for more effective action to combat substance use disorder throughout the country.

“Over many years, Michael Bloomberg has made enormous contributions to improving public health in the United States and around the world,” says Sally O’Brien, Pew’s senior vice president for philanthropic partnerships. “He is a leading example of how philanthropy can affect and improve the world today. We are grateful for the trust he has placed in our work and research, and proud to help support his data-driven vision that will save the lives of so many Americans.” 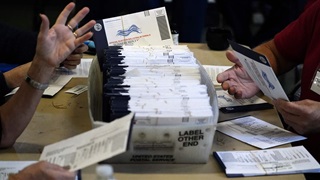 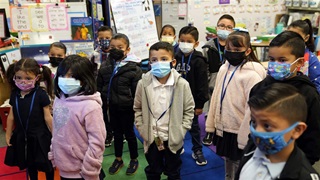 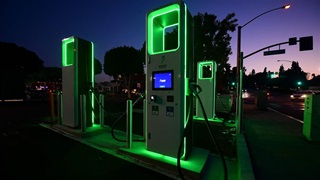